Living with an EV

Lots of people like the idea of having an electric vehicle as their daily driver --  at least in theory. Many still have qualms about range anxiety and how owning an EV will affect their daily routines. We’ve been talking to EV owners about these issues and have found plenty of compelling reasons to flip the EV switch!

When asked why they considered buying an electric vehicle, most EV owners point to the environmental benefits - that driving electric means emitting zero tailpipe emissions.

But once people dive into the EV lifestyle, they quickly point out other reasons for not missing their internal combustion cars.

RICHARD HARTNETT: The biggest benefit I think is the extremely low cost of ownership, and of course, the side benefit that it’s extremely healthy to the environment. Because it’s not a gasoline powered vehicle, it’s not spewing any carbon emissions out into the air, which is good for all of us. 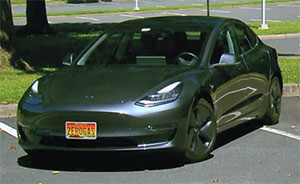 JOYCE BREINER: Part of it was, reducing our emissions. We were on a track trying to reduce our household, our family emissions, and the other part was actually a little bit of a surprise, was they are so much fun.

ALEXANDER YANEY: So, what I love about this car, is the acceleration. Zero to sixty in 4.2 seconds, which is better than any car I’ve had…

We’ve got to give some credit to Tesla and their Ludicrous Mode for popularizing the notion that electric vehicles can be kick-ass performance cars, and other EV makers are following suit, but even the most basic EV can be fun to drive thanks to their electric motor’s instant-on torque curve.

Sergeant Richard Hartnett of the Hyattsville Maryland Police liked his own Chevy Bolt so much, he lobbied to drive one at work too. 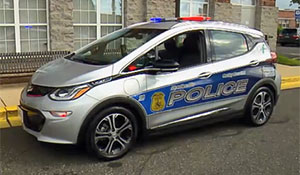 RICHARD HARTNETT: One of the big advantages of the Bolt as a Police car, is that because there’s no transmission per se in an electric vehicle, when you step on the accelerator, the car just sorta takes right off..and that’s a little different than the gasoline-powered police cars, which have a little bit of sluggishness when they first take off. So, it’s very quick off the line, it’s had no problem keeping up with local chases, the few that we’ve had with it, and it’s very very quiet, so if i have to sorta sneak up on something that’s going on, the bad guys don’t know that I’m there.

Currently, plug-in vehicle sales in the U.S. account for a very small percentage of all vehicles sold, but we’re starting to see a new generation of drivers for whom nothing else will do!

I started driving on electric vehicles about 8 years ago. I took my driving test in a Nissan Leaf.

And don’t forget, EV’s are not limited to four wheelers..

VANESSA THOMAS: I rode motorcycles for a very long time, I grew up on motorcycles because my parents both ride. When I heard there was electric motorcycles out there, I was intrigued and wanted to find out more.. So I actually rode up to the closest place that had an electric motorcycle for sale, which was in New Jersey, which was a couple hundred miles from where I live, and rode one, and had a grin on my face from ear to ear all day long after that, and just knew i wanted one, so I’ve been riding electric ever since. 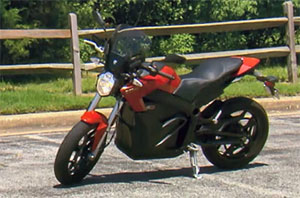 Of course, the other big benefit of electric vehicles is lower cost of ownership and maintenance.

VANESSA THOMAS: I really haven’t had much to fix on it so its been very low cost, very low maintenance.

JOYCE BREINER: In a nutshell, EVs are so much less expensive to own or operate.

It’s about 4 cents a mile to run an EV, and the maintenance is like non-existent you’re not worrying about going to, going to the shop for oil changes or anything like that. And they’ve pretty been maintenance free for us for the most part.

The number of publicly accessible charging stations reached about 26,000 in 2020, offering over 83,500 outlets.

But most owners we talked to say that bypassing the gas station and “fueling” at home is the greatest benefit of owning an EV. Plug in to a 110-volt outlet and virtually any electric vehicle can be fully charged overnight for a fraction of what a tank of gasoline or diesel would cost.

VANESSA THOMAS: It costs a little over a dollar to charge up from zero to  full, so I can get you know 150 miles on a dollar.

For those who’ve made the electric switch, it seems there’s no going back!

JOYCE BREINER: EVs are fun, fun, fun to drive, and they’re easy, they’re safe, too. And I wouldn’t really want to be in anything else.