The 1980s were definitely not prime time for muscle cars. Still, collectors are finally starting to appreciate all those IROC Camaros and Fox-body Mustangs, and prices are ticking up. However, our Joe Ligo has found a Buick that he'd really rather have.

JOE LIGO: Born from the high banked ovals, they reigned terror on dragstrips across America. Everyone knew that menacing grill, angular roofline, and familiar black paint...

Ah hah! You thought this was a Grand National. Well, not quite. This is a 1987 Buick Regal Limited with the LC2 engine, T-Package, and W02 exterior sport package — a combination known as the “Regal Limited Turbo-T.” 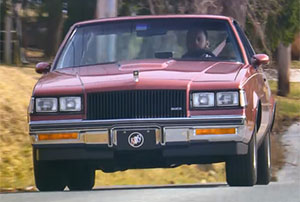 For those who don't remember, the Grand National was a performance edition of the 2nd generation Buick Regal, capitalizing on the brand's NASCAR big oval success.

It dominated the track and street, powered not by a V8, but by Buick’s own turbocharged V6.

For 1987, the final year for this body style, Buick allowed buyers to mix and match a variety of trim and powertrain options.

Thus, it was possible to get a luxurious Regal Limited with blackout trim; sport wheels and tires, performance suspension; and even the legendary 3.8 liter V6 turbo.

While other cars had turbochargers, this one combined it with electronic multiport fuel injection, distributor-less ignition, and an air-to-air intercooler. All this cutting-edge technology made 245 horsepower and 330 lb ft of torque.

Back in the day, MotorWeek tested the same engine in a Grand National and saw 0-60 times under 6 seconds.

But without the Darth-Vader paint job, this Regal Limited draws far less attention. It's a true sleeper car.

The interior makes you think you should be driving this car to church on Sunday, not the drag strip. Only the sport steering wheel and the little turbo boost gauge would give away the beast that lies within.

With an automatic transmission as your only choice, there's no letting off the gas to shift, keeping the turbo working the whole time. 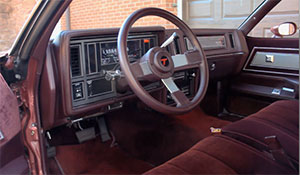 It's the kind of car that makes you excited for stop signs, because each one is an excuse to accelerate again. Just be sure to slow down before the curves.

For maximum performance, you could of course buy 1 of the 547 Buick Regal GNXs made that year...

But the Regal Limited offered more of the luxury features that Buick buyers expected. This would normally would detract from a car's “muscle” credibility. However, I think that the button-tufted velour seats just add to the sleeper image.

With only 1,035 built, the Buick Regal Limited Turbo-T is second in rarity only to the GNX, and far less common than the Grand National.

Which makes it odd that Limited Turbo values are about 30% lower than the Grand National's, according to Hagerty Classic Car insurance. Prices range between $13,800 and $32,300.

Regardless of numbers, this car remains a blast to drive. Unlike many vehicles from the 80s, its performance remains impressive even today.

It makes you want to find a long stretch of road, lay into the throttle, and feel the turbo V6 throw you back into that velour seat again and again.