Boy this is quite a group of cars, and not a bad-looking one in the bunch!

JD: You’re right, Yoli. It’s fascinating how much automotive styling has evolved, even in the relatively brief time that we’ve been on the air.

YOLANDA: That’s right, John. And if you look at the show archives, like I’ve been doing, you’ll see some prime examples of the art of automotive style. 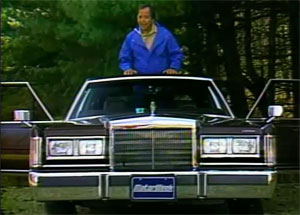 YOLANDA: When MotorWeek first hit the airwaves in the early 80’s, boxy was beautiful. The straight edge was the most important tool in a designer’s arsenal and when it came to body lines – well, the sharper the crease, the smarter the car.

Chrome was still king of the bling in the ‘80s, but with the new decade came a new emphasis on modern design. Plastic was fantastic, aerodynamic aids and body-colored cladding ruled the day as the jelly bean look took over.

The front-wheel-drive revolution and its efficient drivetrain packaging gave designers the freedom to shape cars to their liking again. Big on the inside, small on the outside was the new norm, and cab forward was now in everyone’s vocabulary.

With the turn of the century there came a longing for bygone days, and that was certainly the case in automotive design; some carmakers were inspired by classic design language to bring a throwback vibe with a modern twist to their classic styling. While full-on retro looks like the Volkswagen new Beetle, Mini Cooper and Ford Thunderbird were almost caricatures of their own ‘50s and ‘60s selves.

Over three-and-a-half decades we’ve also seen family transportation evolve; from wagons to minivans to SUVs and now to the endless onslaught of so-called crossover utilities of all shapes and sizes. 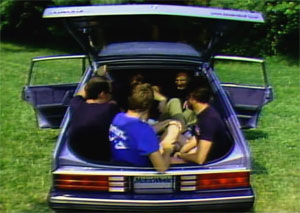 We’ve witnessed the rise and fall... And perhaps rise again, of 5-door hatchbacks... Downsized luxury, the dawn of monochrome madness, the bangle butt, and more cute utes than you can shake a dipstick at.

And what can we say about trucks, other than they tend to get bigger and bolder with each new generation? Pickups now equally at home on the job site or out on the town has brought big changes in content and comfort, as we won’t see this body style disappearing anytime soon.

Interior design has come a long way as well, with plain round analog gauges giving way to the video game look of the digital era, and the virtual touch-screen world we see today.. Even the improved quality and feel of interior materials has given designers more freedom of expression. 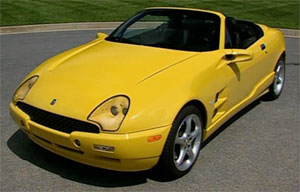 While we don’t mourn the demise of landau roofs, faux wood paneling, and wire wheel hubcaps, we do miss some of the wonderfully unique, proudly quirky designs that have passed through our test lot.

It’s hard to predict what will drive tomorrow’s car styling, but with increasing safety regulations and aerodynamics becoming a major factor in all designs, it’s safe to say that cars will continue to look more alike than different. But we’ll still seek out and applaud those designs that place a value on style.