As we race around our test tracks with the latest in modern high performance, we can’t help but think about the powerful cars of the recent past. Cars that for enthusiasts marked the hey-day of the 20th century automobile. So we sent our FYI reporter Lauren Morrison racing down to Melbourne, Florida, to a collection that’s sole purpose is to preserve the best in American muscle. 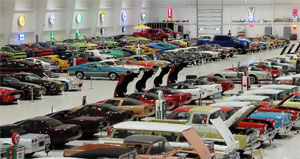 MARK PIELOCH: “As a little kid, I started collecting those matchbox cars, when I was probably 4 or 5 years old.”

MARK PIELOCH: “So I was fortunate to start several companies that were successful. I’ve sold 5 of the 6 companies I had I was actually able to continue my dream of building a car museum.”

LAUREN MORRISON: The private collection of Mark Pieloch boasts over 260 cars…from the height of the muscle car era…right up to muscle from the modern age. 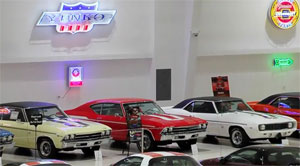 MARK PIELOCH: “A lot of these cars today started disappearing off the highways 25, 30 years ago and so it’s an important part of American history.”

LAUREN MORRISON: “One of the most unique parts about the museum is the Yenko collection. It’s the most extensive in the world.”

LAUREN MORRISON: 24 custom modified cars in total...at least one of every Yenko model.

MARK PIELOCH: “In total, Don Yenko only built about a thousand cars ever. He built Yenko corvairs, Yenko Camaros, Yenko Novas, built the Yenko Trans-Am. He even built some Yenko Vega’s.”

LAUREN MORRISON: Then you can hit racing rewind and see decades of Indy 500 pace cars and trucks…starting with this 1955 Chevy Bel Air. 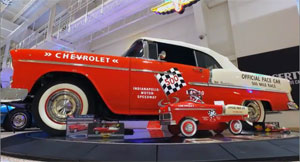 MARK PIELOCH: “I’ve always wanted to make sure the vehicles were accurately representing the time period. So every car you see in the collection is original.”

LAUREN MORRISON: Even though the cars may have some years on them…it doesn’t mean they have the miles to show it.

MARK PIELOCH: “So within the collection, I have 61 vehicles that have less than 100 original miles.”

LAUREN MORRISON: While they’re fun to look at…they’re even more fun to drive.. 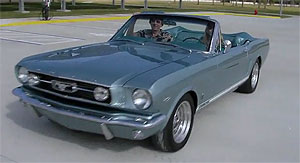 LAUREN MORRISON: “Everything in the collection including this 1966 Ford Mustang GT convertible is in working order.”

MARK PIELOCH: “Every vehicle is run, maintained, oil and fluids changed, so every vehicle can be driven on any given day.”

LAUREN MORRISON: But, the pinnacle of mark’s collection sits front and center, right when you walk in.

LAUREN MORRISON: While a collection like this could make any car enthusiast drool, it is closed to the walk-in public. Instead mark opens the doors for non-profit charity events, as well as school tours so new generations can appreciate what they missed. 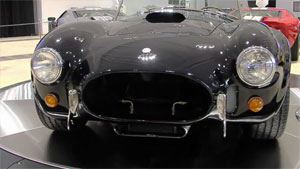 MARK PIELOCH: “The automobile has greatly changed America as a country, so I wanted save that piece of American history to show younger people of today what it used to be like back in the 50’s, 60’s, and 70’s.

LAUREN MORRISON: “When you think of muscle cars, you don’t think environmentally friendly, but this museum is! Over 1200 solar panels power the building.”

LAUREN MORRISON: The LED lights that showcase the collection also play a part in the building’s energy efficiency.

MARK PIELOCH: “It also gives you a true color perspective of the vehicles you’re looking at, compared to florescent lights.”

LAUREN MORRISON: After getting only just a taste of this museum, I was convinced the collection is complete. But, for Mark, there’s no such thing as standing still…for him it’s still pedal to the metal!  So stand back and watch this collection of American muscle…flex, and grow!