America is filled with privately owned classic car collections that unfortunately the public never gets to see. So, when one does open its doors to automotive fans, it’s an event worth celebrating. And that’s the case with a new museum in Pennsylvania that highlights Detroit muscle cars of the 50’s, 60’s and 70’s. Stephanie Hart checks out Barry’s Car Barn, home to more than one blast from the past. 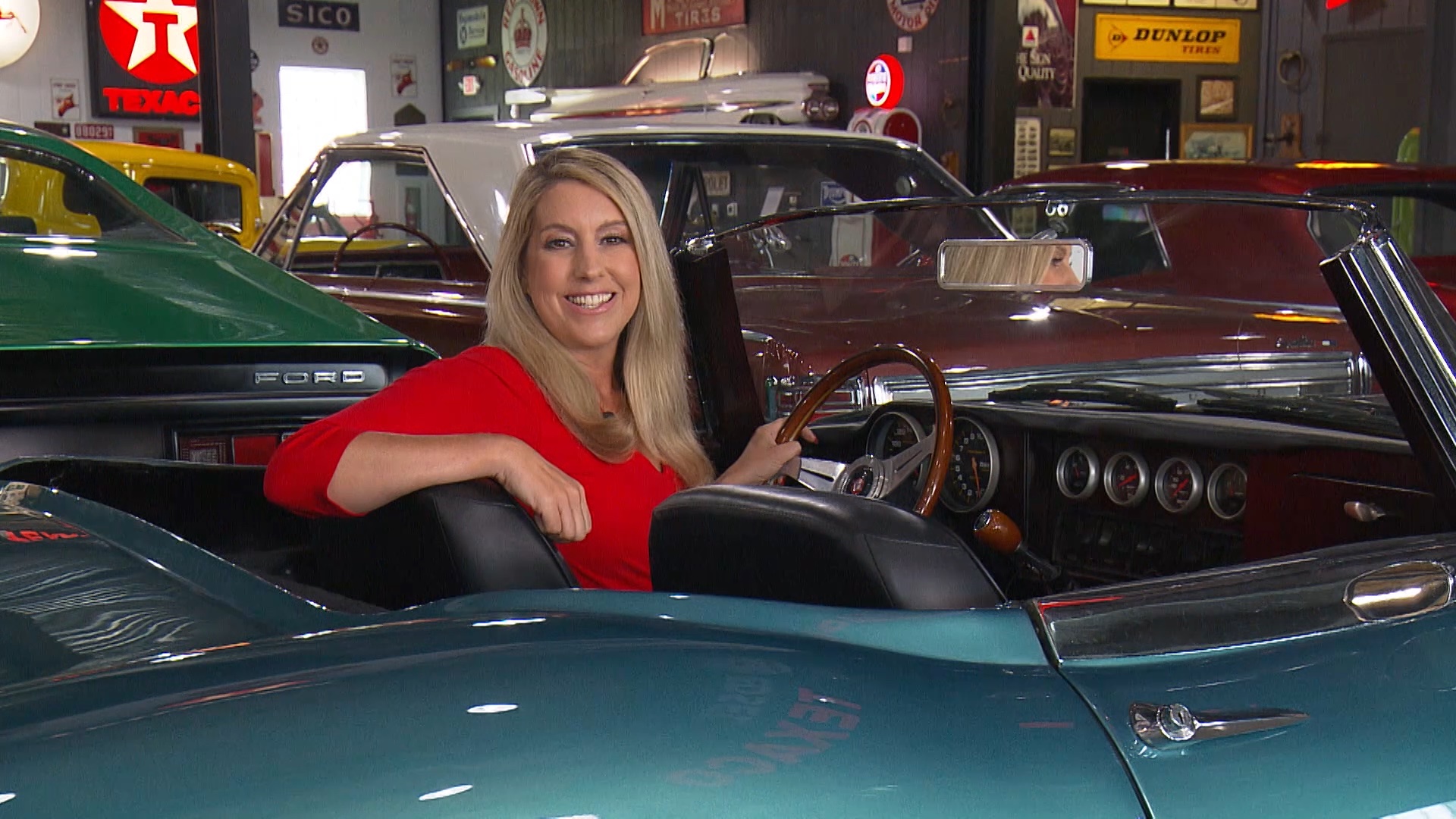 STEPHANIE HART: These cars are original and in pristine shape. Up until now no one has really seen them because they’ve been kept in a garage for the last 40 years. Now on display to the public, they’re getting a lot of attention.

Barry’s Car Barn is nestled deep in Amish country in Lancaster, Pennsylvania. Inside there are 50 super cool muscle and collectable cars from the last century, as well as some 20 rare motorcycles. All collected by Barry Baldwin.

Just look around… there are numerous early Corvettes and Mustangs here, many that shook up the sports car market back then.

Including this 1954 Chevrolet Corvette, which was factory produced, not hand built- a first for Chevy. No wonder it’s very rare and worth six figures today.

BARRY BALDWIN: It has its original top, original interior, everything on it is original. Never been repainted or anything and it’s a very, very attractive car. 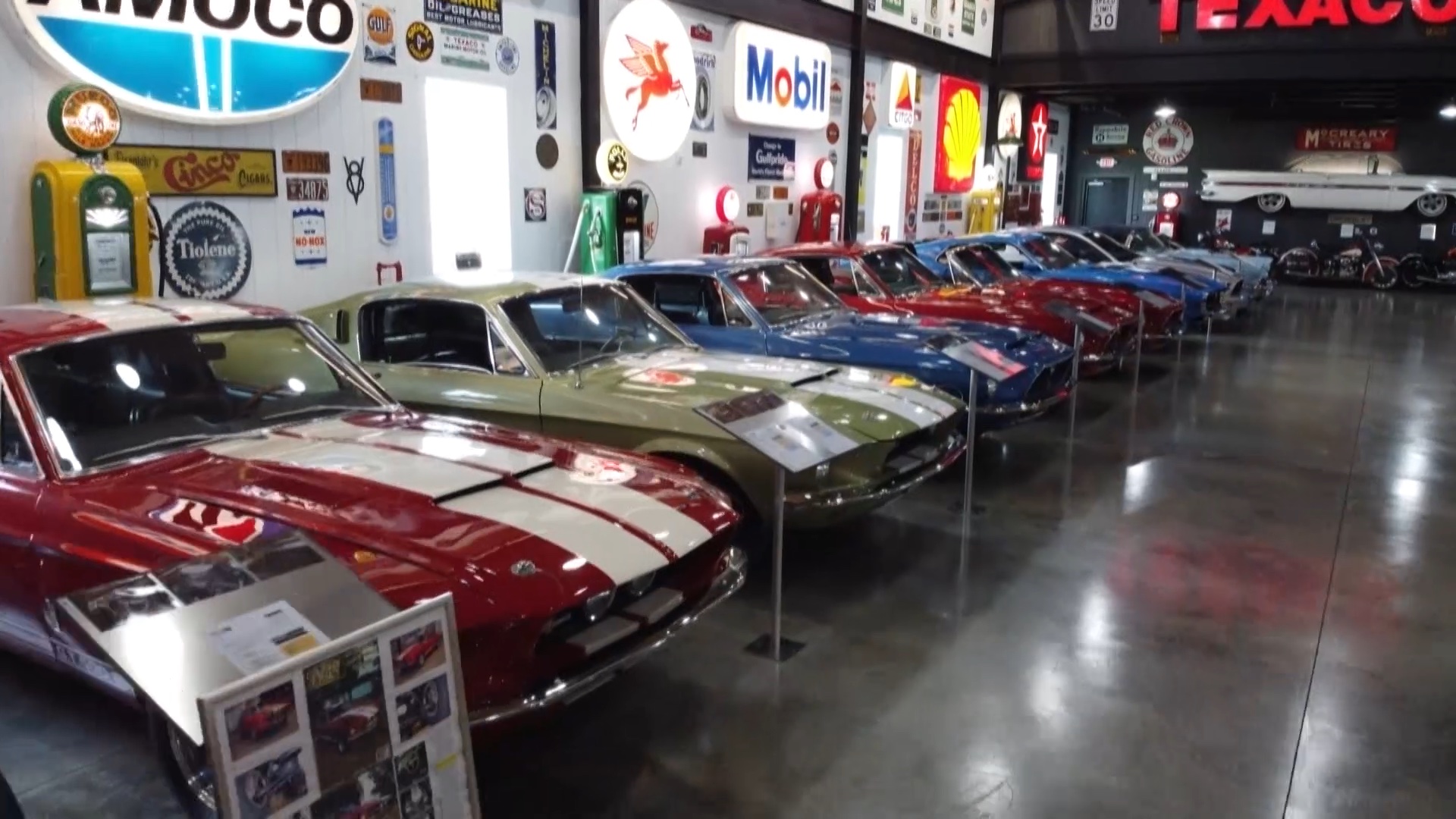 STEPHANIE HART: Another Corvette fan favorite on display is this even rarer 1956 V8 C1. The idea behind it? To make this generation superior to the Ford Thunderbird in every way.

BARRY BALDWIN: They made one with a four-barrel carburetor with 210 hp and made a 2 four-barrel car with 225 hp, but this is a 240 horse which is a very rare car and uh, and that was the same as the 225 except it had small chambered heads and a solid lifter camp.

STEPHANIE HART: Visitors also get an up-close look at one of the era’s ultimate muscle car: The 1970 Chevrolet Chevelle LS6, with a 450 horsepower V8, the most powerful engine sold that year. Only 4,500 of them were produced.

BARRY BALDWIN: This is the original build sheet that was on window when he bought it. And the guy paid $372.85 for the-- extra for the special stereo and he only paid $263.30 for the big motor. The big motor makes it worth 80-90K more and the stereo only makes it worth a couple hundred dollars more so you can see what a good investment that was on the big motor; not so good on stereo. 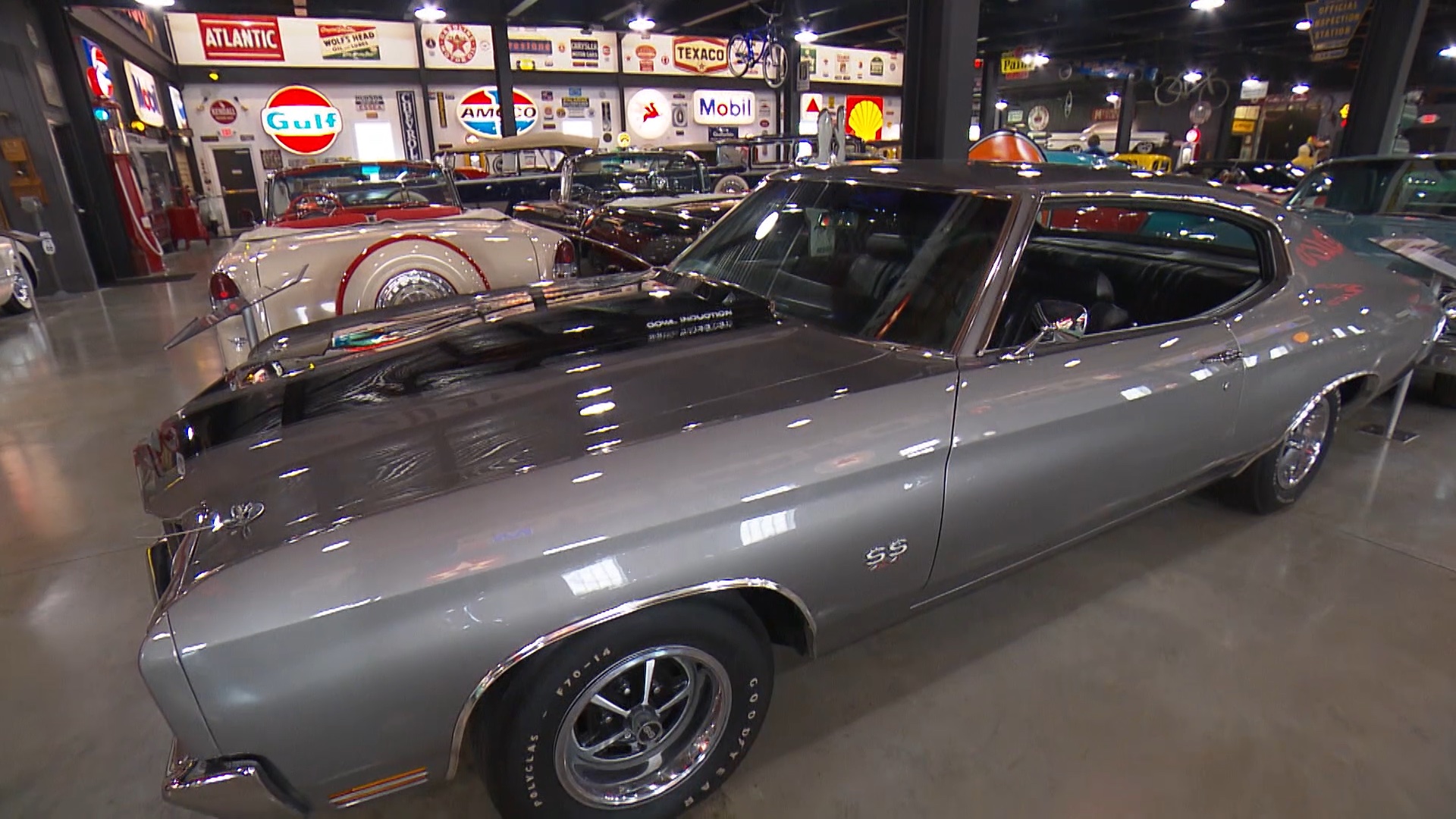 STEPHANIE HART: To some people it may seem crazy to cut a 1959 Chevy Impala in half, but it happened! Barry said he did it himself because he needed a wall decoration. No worries though-- he tells me he has two more at home.

Barry says these classics are thrilling to drive in a good and bad way.

BARRY BALDWIN: Because they don’t stop very well and they got the same horsepower to go. They go fast and don’t have the equipment to handle the speed. That’s why a lot of them didn’t exist, too, a lot of them got wrecked.

STEPHANIE HART: Many of the Ford Woody station wagons from back in the day didn’t survive either. So, seeing two here at Barry’s Car Barn is exciting. This 1931 Ford Model A Woody Station Wagon was Ford’s second market success after the Model T. Only 851 were produced.

With so many iconic cars packed into a barn, everyone has their favorite. Daniel Bowers says this 1967 Shelby GT 500 is everything.

DANIEL BOWERS: It’s a feeling of passion, adrenaline, just the want to get behind that wheel and truly just take it on the track and have my own experience with it. I’ve always wanted that, I’ve dreamed of it and just seeing it wants to make me live it.

STEPHANIE HART: Sparking nostalgia in different ways for different people fueling the success of a private collection that now all of us can enjoy at Barry’s Car Barn.