California has been the home of lots of folks with flair over the years. And with their shine, came some equally entertaining vehicles. Sacramento’s California Automobile Museum serves up a unique slice of the state’s flashy history on 4 wheels, so we ask our FYI reporter Yolanda Vazquez to go do a little California dreamin’.

“I can’t imagine another person fitting in here…really cool…”

The 72,000 square foot warehouse boasts over 150 vehicles-dating from the late 19th century to the present. 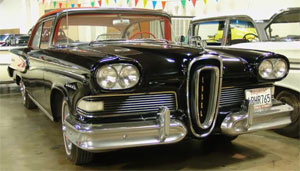 KAREN McCLAFLIN : “so you’ll see the first Benz Replica from late 1800’s all the way to our going green exhibit… with cars of the future…”

YOLANDA VAZQUEZ: Executive director Karen McClaflin says the museum has come a long way since its inception in 1982. Shortly after, it was known as the Towe Ford Museum—named after a Montana banker who-at the time- had the largest collection of Fords in the world.

KAREN MCCLAFLIN: “In the mid 90’s, unfortunately Mr. Towe got in trouble with the IRS…his cars were repossessed and sold at auction.”

YOLANDA VAZQUEZ: Fortunately, a few museum members bought some of the most significant pieces-many of which are still on display. In 2009, the museum changed to its current name-adding a more diverse selection of cars from British imports to exotics— 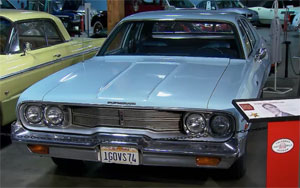 And since it’s California you’ll see some celebrity wheels like this 1984 ‘Stang from Ricky Nelson…or how about this 1978 Kawasaki-driven by the TV stars of “Chips” …and guess who drove this “state-issued” 1974 baby blue Plymouth satellite.

KAREN MCCLAFLIN: Every once and a while Jerry Brown requested the car…out on the road…”

YOLANDA VAZQUEZ: But the museum’s most prized possession is this 1933 Lincoln owned by A.P. Giannini-the founder of Bank of America. 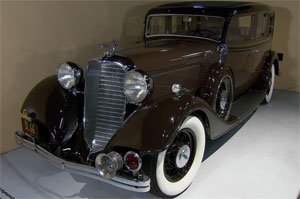 KAREN MCCLAFLIN: He mostly drove it in the Bay area to his banks…and he actually got permission to have a siren installed so that when he was travelling with a lot of money, he could bypass a lot of Bay Area traffic…”

YOLANDA VAZQUEZ: McClaflin’s personal favorite is this very rare-- 1966 Shelby Cobra 427-with an all aluminum body.

DOCENT: “It would probably bring in a million dollars…”

YOLANDA VAZQUEZ: And if you can’t buy it, then how about taking a picture in it?  “…freeze frame…”

There are photo ops throughout the museum along with hands-on interaction.

But what cam does best is -- tell the life story of these cars. They have an excellent docent program- 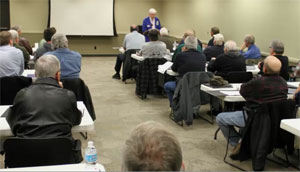 YOLANDA VAZQUEZ: Many of them- up to 40 new docents a year- train for months to learn every nuance of the cars on display.

BOB DALOIA: I like to tell little side stories that will interest everybody, not just car people…that’s what I like. And you can relate to people, and they can relate to the cars.”

BOB DALOIA: “…uncle tony  had one of those and you can see they get into the cars…” 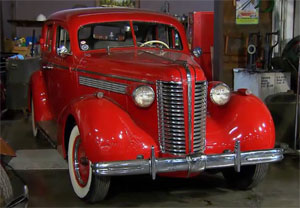 YOLANDA VAZQUEZ: “This 1938 Buick sedan was very first car donated to the museum. A gift from local resident John Joyce. It’s become somewhat of a sentimental favorite for a lot of folks, because decades later still on display here at the museum.”

KAREN MCCLAFLIN: Of course since then added quite a few cars, but that was our first, and so it’s very special to us.”

YOLANDA VAZQUEZ: The museum owns 1/3 of the cars on display, as the rest are on temporary loan. They rent out the facility for special events and sell cars to generate revenue. McClaflin admits the museum is a hidden gem-but one they hope will be exposed for all of its automotive beauty.

KAREN MCCLAFLIN: "We’d like to get the word out…we don’t want to be a secret...we really want those visitors to find us, and visit us…because it’s an incredible collection, and we want to share it with the world.”