The US is seeing the highest number of car thefts since 2008. Nearly half a million vehicles taken in the first half of 2022 alone-for a loss of some four-point-five billion dollars! If that’s not bad enough, robbers are even sawing valuable parts right off the cars and reselling them on the black market. Stephanie Harts shows us the vehicles and the parts thieves are targeting, and how you can keep yourself from becoming a victim. 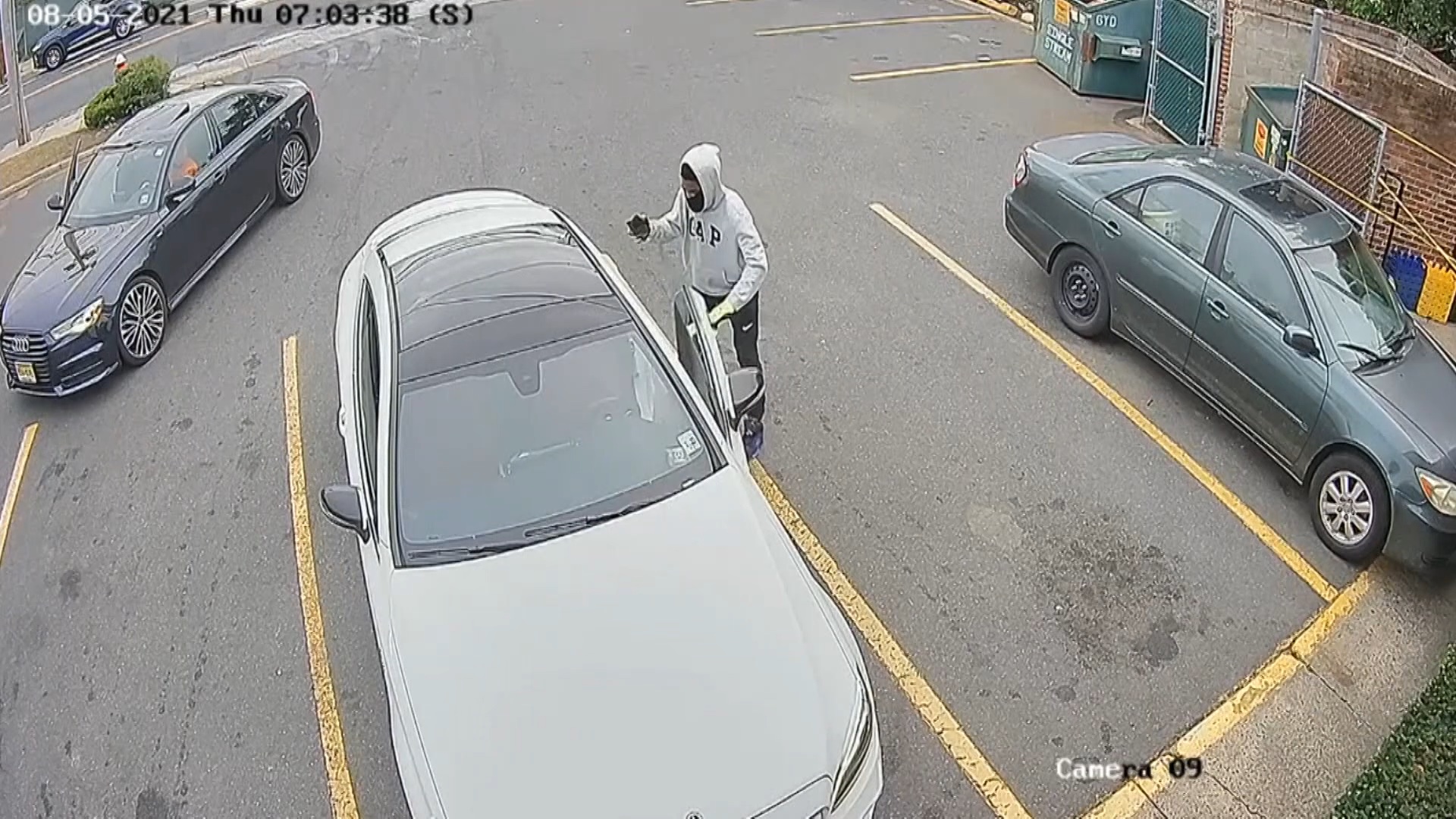 STEPHANIE HART: Let’s take a look at the top 10 Most Stolen Vehicles for 2021…

These models attract thieves because they’re popular and available. In most cases, the stolen vehicles are shipped overseas and resold. Or stripped, here in the U.S., for their used, but still valuable parts.

The National Insurance Crime Bureau reports a 35-percent increase in used car values, over the last two years, due to supply chain issues and inflation. As a result, auto thefts are up substantially. Some of the most expensive parts like catalytic converters are being stolen and resold at alarming rates. The crime has increased 1,215-percent since 2019. Michael Ledoux with CarFax crawls under a Ford F-150 to put it into perspective for us.

MICHAEL LEDOUX: A catalytic converter is a device on a vehicle and in this case we have two catalytic converters that is used to reduce the harmful gases in a vehicle's emissions that has been through precious metals. They are metals such as palladium rhodium and platinum. So that the emissions coming out of the vehicle through the exhaust system you see here is not as harmful to the environment and those precious metals are extremely valuable. 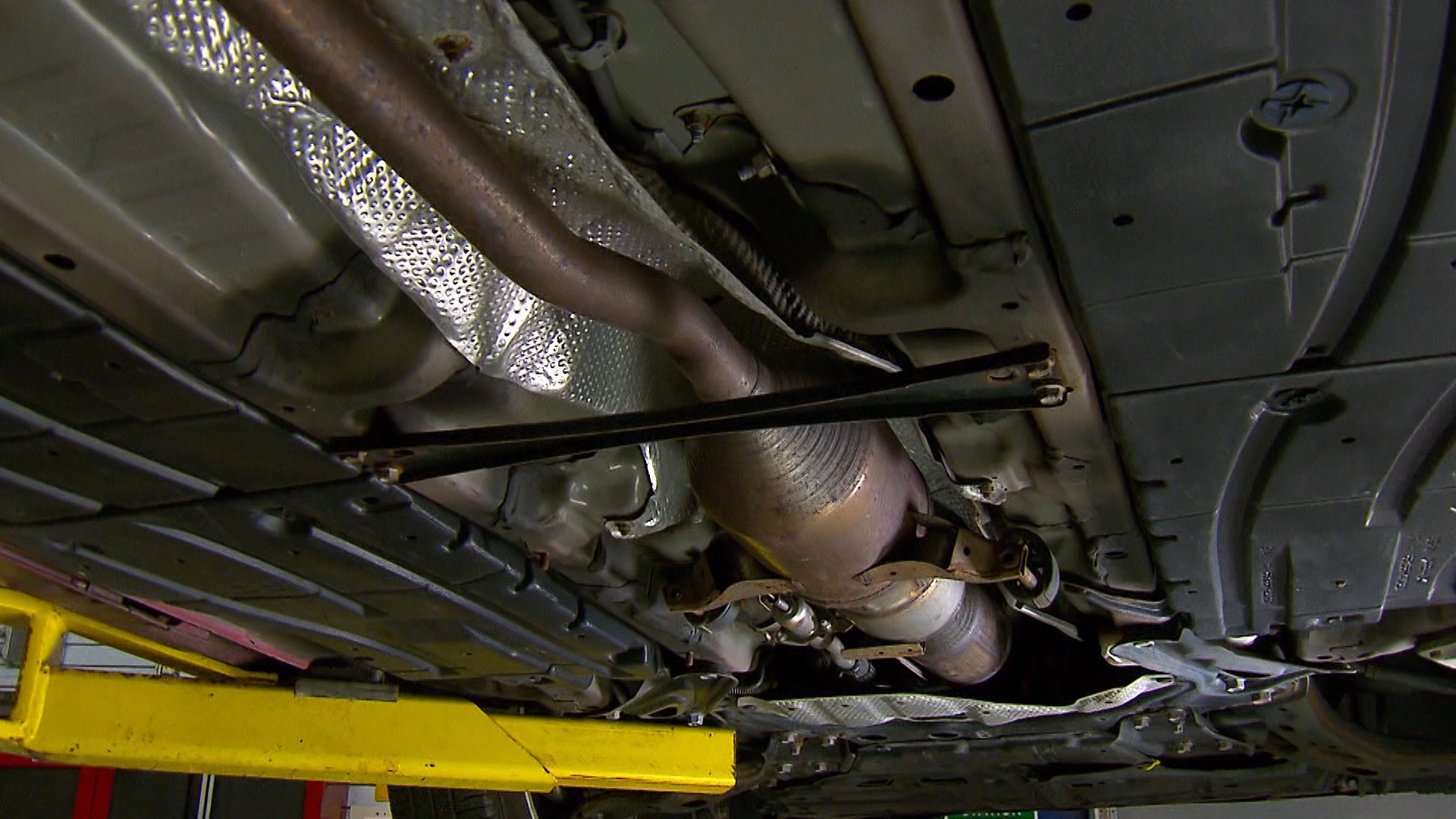 STEPHANIE HART: Driven by the idea of fast cash, watch how a thief steals this catalytic converter.

You will easily know if your car’s catalytic converter has been stolen by the extra loud exhaust sound.

STEPHANIE HART: Does car insurance cover this type of theft?

STEPHANIE HART: A tailgate like this one is a popular stolen part…Michael tell me why? 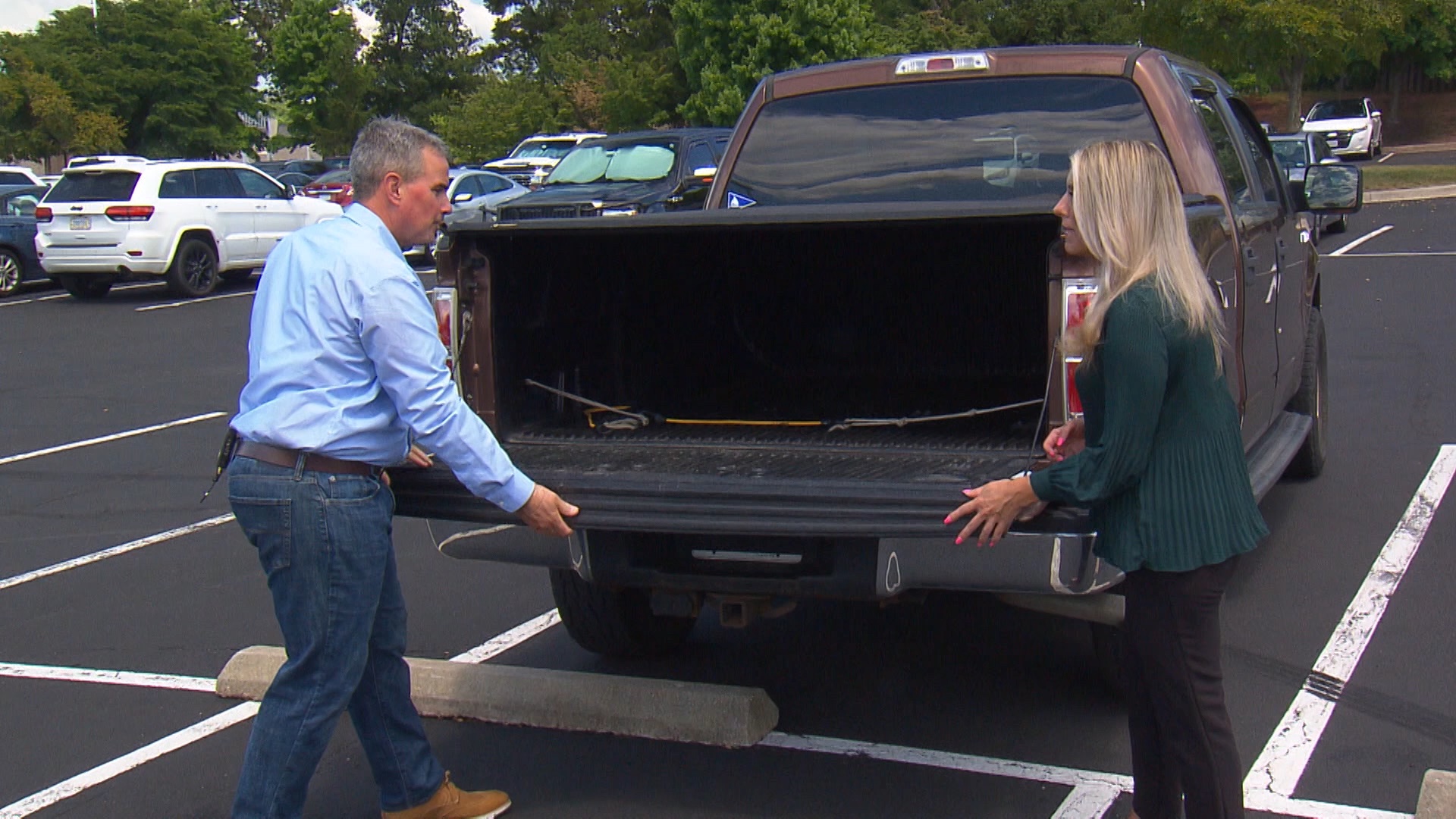 MICHAEL LEDOUX: Stephanie, because they’re universal they’re easy to take off a vehicle and this will fit any ford product so there’s resale on the aftermarket for them sometimes these tailgates are an upward of a thousand dollars they contain valuable backup cameras and they’re relatively easy to move.

You can take some simple steps to reduce the chances your car will be a target.

One, use common sense, roll up your windows, lock your doors, and take the keys. Two, park in well-lit areas and, when possible, areas staffed by security. Three, park personal vehicles in a garage. If that’s not possible, consider installing motion sensor security lights in your driveway. It may make some thieves think twice about stealing your vehicle. Four, make sure your auto policy is up-to-date.