You might not think much about your car’s headlights, that is until the sun goes down. But if your vehicle doesn’t have an effective headlight system, you’ll be sure to notice, hopefully before an accident. Our FYI reporter Lauren Morrison puts the spotlight on headlight testing at the Insurance Institute For Highway Safety, and how they are pushing car companies for a better view down the road. 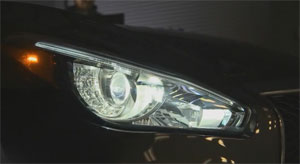 LAUREN MORRISION: When looking at a new car, you check out a lot of things…from how it drives to the comfort of the seats…but what about the headlights?

“Many people test drive vehicles during the day, so they’re left in the dark as to how they’re headlight systems will perform until it’s too late.”

DAVID AYLOR: “We saw that there was different performance in headlights. There were static headlights, adaptive headlights. Even with similar types of headlights, there was a variability of how well they performed.

LAUREN MORRISION: This is relatively new testing. The Insurance Insitute of Highway Safety in Ruckersville, Virginia began evaluating headlights in 2016. Testing at the track begins as soon as the sun sets…but work begins well before then.

“In order to evaluate the headlights, these sensors are placed around the track to measure the amount of light as the cars drive toward them.” 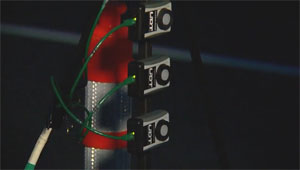 LAUREN MORRISION: The sensors are strategically placed so that both low and high beams can be measured from different approaches…whether it be a straightaway or curve.

TESTING EMPLOYEE: “We’re now below .2 lux. We can begin testing.”

LAUREN MORRISION: Not all headlights shine the same. They can vary greatly, even on a single car model. Different bulbs, technology, as well as how the lights are aimed at the factory, all effect the light supply.

DAVID AYLOR: “When the vehicles are built and they come off the factory line, they’re aimed to sort of the factory specs. And if that’s off, if it’s too low, you’re not going to be able to get enough visibility. If the headlights are aimed too high, it could cause too much glare.” 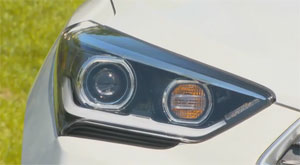 But the Institute says, while they may have their advantages, all of these new systems don’t necessarily point to a good performance, and they don’t favor one lighting technology over the other.

LAUREN MORRISION: Tonight 8 vehicles are being tested…with results coming in live from the track.

DAVID AYLOR: “I can tell what kind of headlight condition it is, whether it’s a high beam or a low beam, what curve they’re on. 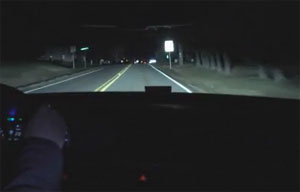 TESTING EMPLOYEE: “We’re about finished with our runs out here, so let’s go ahead and get the LED cars up and running.”

LAUREN MORRISION: “Based on testing done here at the track, vehicles headlight systems can fall into one of four categories, ranging from good to poor.”

DAVID AYLOR: “If you go to our website, you’re able to see the cars that we’ve tested. You can look at the various trims and packages that come on vehicles and determine which headlights are better than others.”

LAUREN MORRISION: Headlight systems are evaluated not only on how well they illuminate the road, but also on the glare for an oncoming driver.

DAVID AYLOR: “You want to illuminate the road as best as possible, but limiting glare to oncoming cars.” 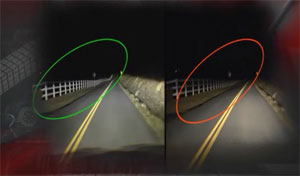 LAUREN MORRISION: More weight is put on the low beams performance, since they’re used more often than high beams…and additional credit is given for vehicles with high beam assist.

DAVID AYLOR: “And those are systems that will automatically turn on your high beams if there are no other vehicles around your vehicle.”

LAUREN MORRISION: To qualify for Top Safety Pick Plus, the Institute’s highest award, vehicles must now come with good or acceptable headlights.

DAVID AYLOR: “We still have almost 50 percent of the headlights we’ve tested, are rated poor. So we still have a long way to go. We’d like to get all those into the good range.”

LAUREN MORRISION: With nearly 50 percent of fatal car crashes in the U.S. happening in the dark, testing like this can only help to shine a light on a safety system that’s often overlooked.