The biannual MINI Takes the States road trip got back in full gear this summer with thousands of MINI Cooper owners uniting and driving 1700 miles over 9 days. Well, our Stephanie Hart joined the pack and maneuvered challenging American byways while discovering it’s not just about the cars, but also about camaraderie and charity.

STEPHANIE HART: MINI Takes the States picked up speed in Burlington, Vermont. With a caravan of Coopers continuing on to Vernon, New York; Poconos, Pennsylvania; Frederick, Maryland; Roanoke, Virginia; Bristol, Tennessee; and then on Day 8, the Coopers came up over the Blue Ridge Mountains, camouflaged by a mysterious mist that eventually revealed all 650 MINI Coopers perfectly parked in solidarity.

I met up with the MINI Cooper owners here in Asheville, North Carolina. There’s a lot of excitement in the air, especially since the reunite and rally event hasn’t happened since 2018. It was postposed due to COVID. The MINI Cooper owners tell me they’re excited to hit the road today and drive the Tail of the Dragon, which is gonna be incredible.

TIM ARTIS: It’s a very-- um-- personable car to everybody and it’s their— it’s like their own child.

STEPHANIE HART: As I find out the daily rise and rally events create an almost Disney-like atmosphere that coax you to act silly.

So this bear used to be your co-pilot?

TIM ARTIS: It was my co-pilot and we decided to move him around.

STEPHANIE HART: Get a lot of attention on the road?

TIM ARTIS: I get a lot of attention… 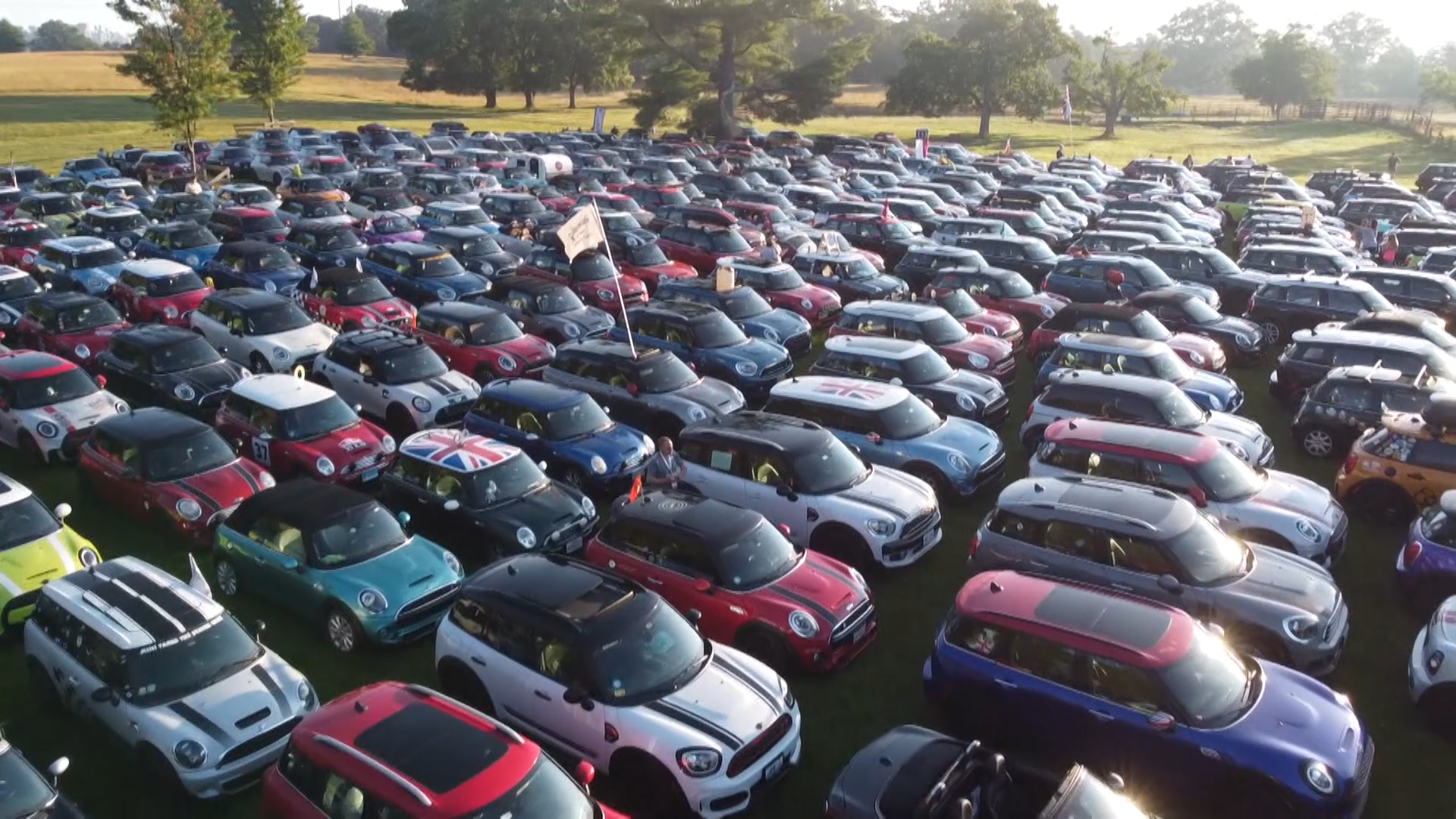 TIM ARTIS: Yes, we get a lot of people.

STEPHANIE HART: Especially when he floors it…The legs…are flapping in the wind.

TIM ARTIS: The legs were flapping in the wind, the arms flapping, the heads bobbing down.

STEPHANIE HART: A car with personality is what owning a MINI Cooper is all about for a lot of these owners. Showing off their creativity and bonding with other owners is a large part of “MINI Takes the States” mission. The road trip has been around since 2006.

PATRICK McKENNA: One thing we have noticed over the years is more and more people going on the entire trip. And these trips are anywhere between 9 and 14 days, and right now we have about 900 people going the entire distance. 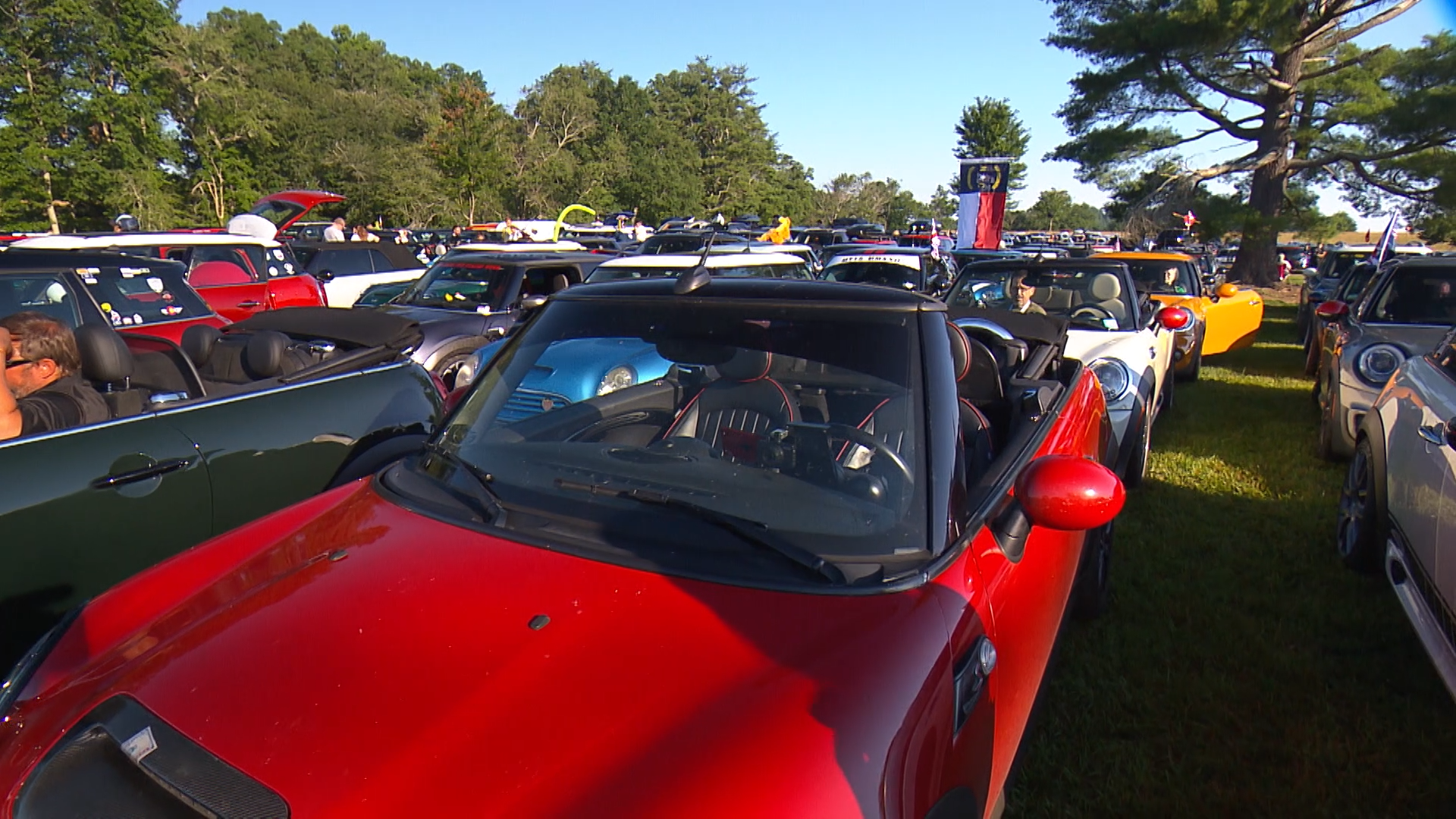 STEPHANIE HART: People like the Paynes who we’re brave enough to travel 1,700 miles with a 15 month old! How do they do it?

STEPHANIE HART: There are also about 80 dogs along for the ride… makes sense since money raised from this event will be donated to Best Friends Animal Society.

Can I get a paw…  hiiii omg that face…

After making so many new friends, it was time to hit the road. We left together in one big cute-looking caravan. It would take us a few hours to reach the Tail of the Dragon.

I’m behind the wheel of the 2022 MINI Cooper S. It’s fun to drive, responsive. It feels quick and its sharp handling makes tackling the Tail of the Dragon a blast. 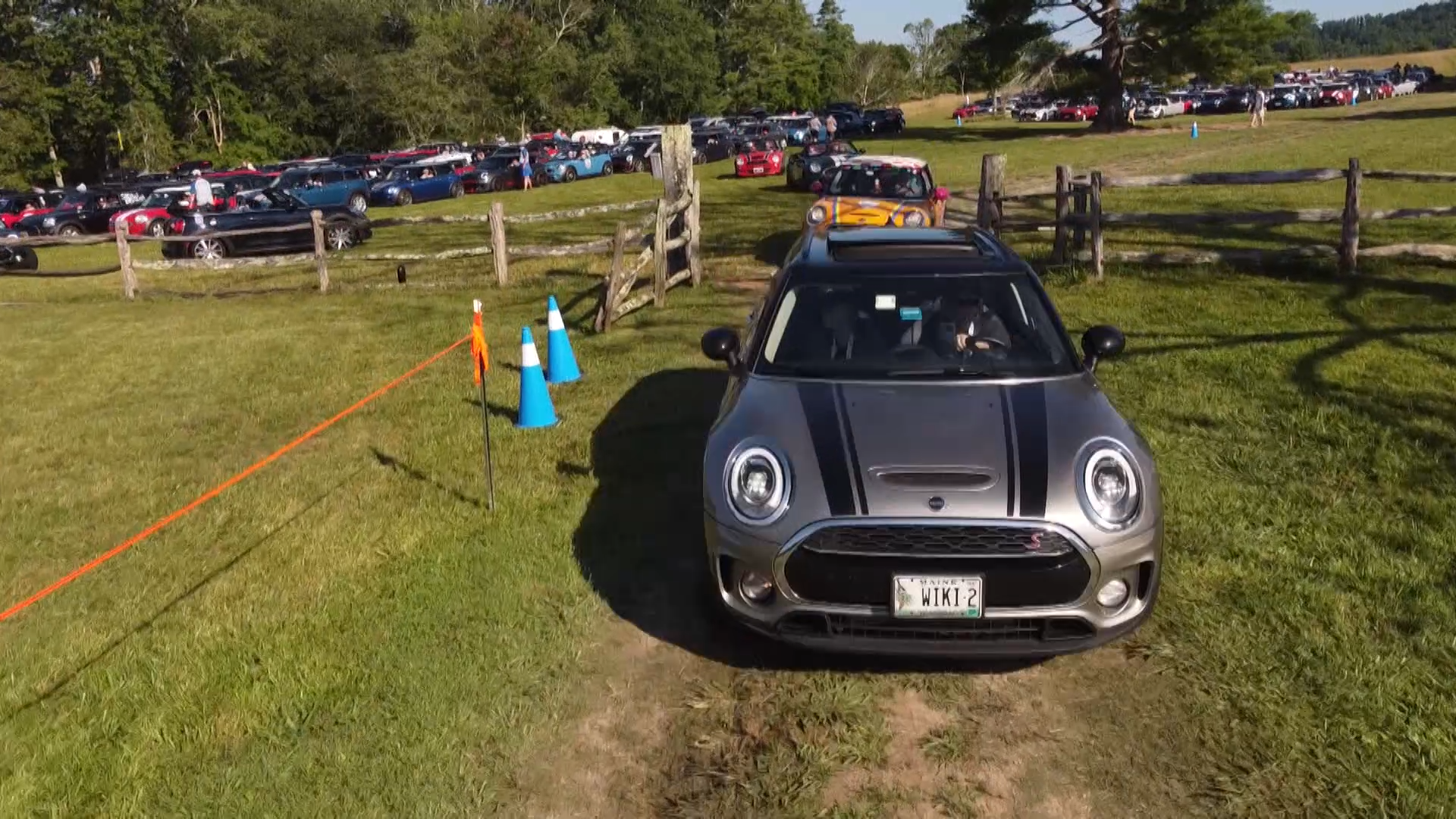 DANIEL PAYNE: We did, like, the back of the Dragon, which is this crazy-- uh-- twisty road. It was good. Kinda got me back into, like, that manual-type way of driving, so it definitely helps, you know, when you get in those tight turns and go up and down hills.

STEPHANIE HART: After following a pretty terrific drive route for about 8 hours we ended up here in Greenville, South Carolina, at Fluor Field where a celebration is underway. It includes games, food and music

BRAD VICKERY: Oh, it was awesome.

STEPHANIE HART: On our way home, I spotted this: a lifted 2nd-generation MINI. It’s built on a Ford F-150 platform with a 426 Hemi. It made me smile strangely… and think to myself “why?” A pretty perfect ending to this nine day adventure, spanning 1,700 miles on state and country roads, from Vermont to South Carolina. In the end, 91-thousand dollars was raised for Best Friends Animal Society.