Baseball is often called America’s National Pastime. But, it’s also true that baseball has had a big role in shaping our nation’s attitudes about social and economic issues, reflecting many aspects of American life. Well, recently, a Maryland community reminded us of a major but sometimes overlooked slice of baseball history, with a vintage style game and car show combined. So, let’s join FYI reporter Stephanie Hart and head to the Bowie Baysock’s Prince George’s Stadium and play ball! 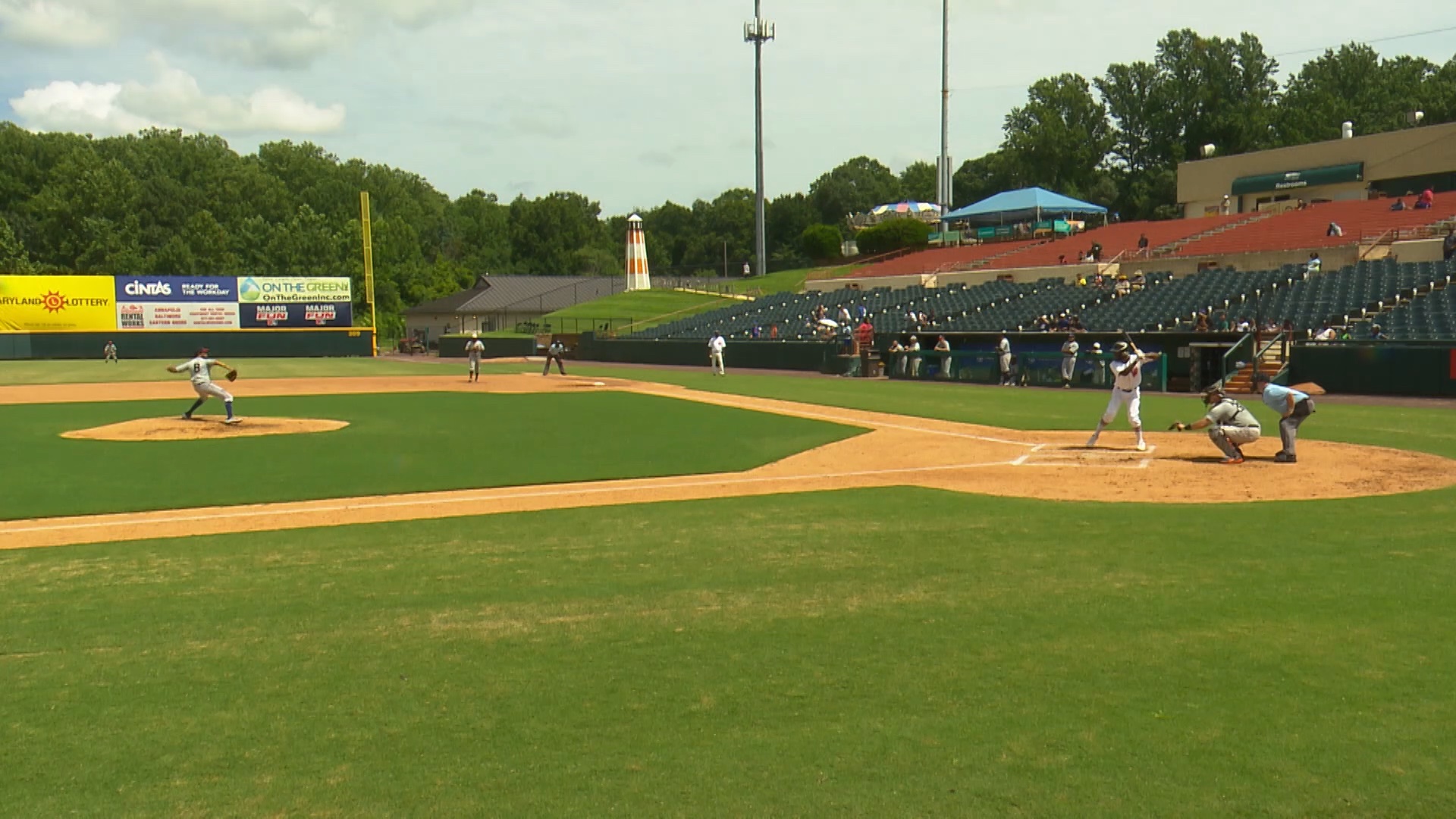 STEPHANIE HART: Great turnout for the Metro Vettes Car Show. There’s a lot of variety here, which I really love. Everything from a Ford Model A to a Bentley. Let’s go check some of them out.

While we look around, a very special baseball game is in full swing, celebrating the 1942 Negro Baseball League World Series.

DWAYNE RENAL SIMS: So many players come dressed in uniform, east and west, and they’re all colors of the rainbow because the negro league was integrated at that time.

STEPHANIE HART: Dwayne Renal Sims is the Founder of the Negro League Legends Hall of Fame Incorporated and the organizer of this baseball game and car show. He was also a long-time friend of our own Pat Goss.

DWAYNE RENAL SIMS: Give me some of that-- oh yeah!

STEPHANIE HART: In 1942, the World Series was played at Griffith Stadium in Washington, DC. As you can see from these old photos, vintage automobiles filled the parking lot. Recreating that big moment in history, while raising money for community education outreach programs, is at the heart of this event.

I found a 1931 Ford Model A here, which is pretty incredible. I’m here with the owner Marcus; tell me about this car. 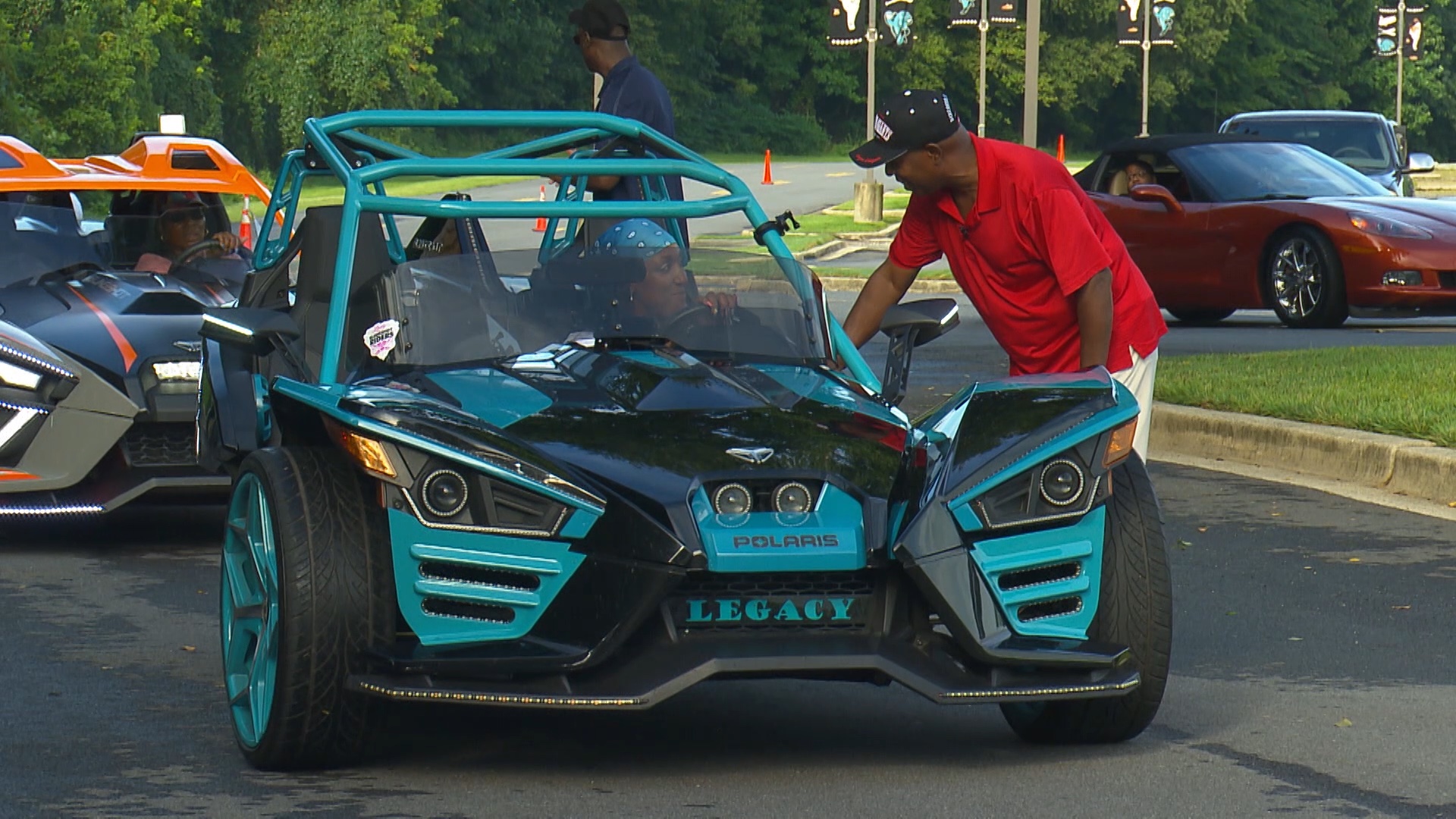 MARCUS UNDERWOOD: Well I have had it-- the car for about two years and it’s a wonderful car.

STEPHANIE HART: You must get some crazy looks from people when they see it coming down the road?

MARCUS UNDERWOOD: All the time I get waves thumbs up and horns blowing all the time.

STEPHANIE HART: What’s your favorite part about this car?

MARCUS UNDERWOOD: Just the looks itself, period. The looks.

STEPHANIE HART: And we heard a very special Lamborghini before we actually saw it. I’m here with the owner now. It’s a pretty incredible car. Tell me a little bit about it? 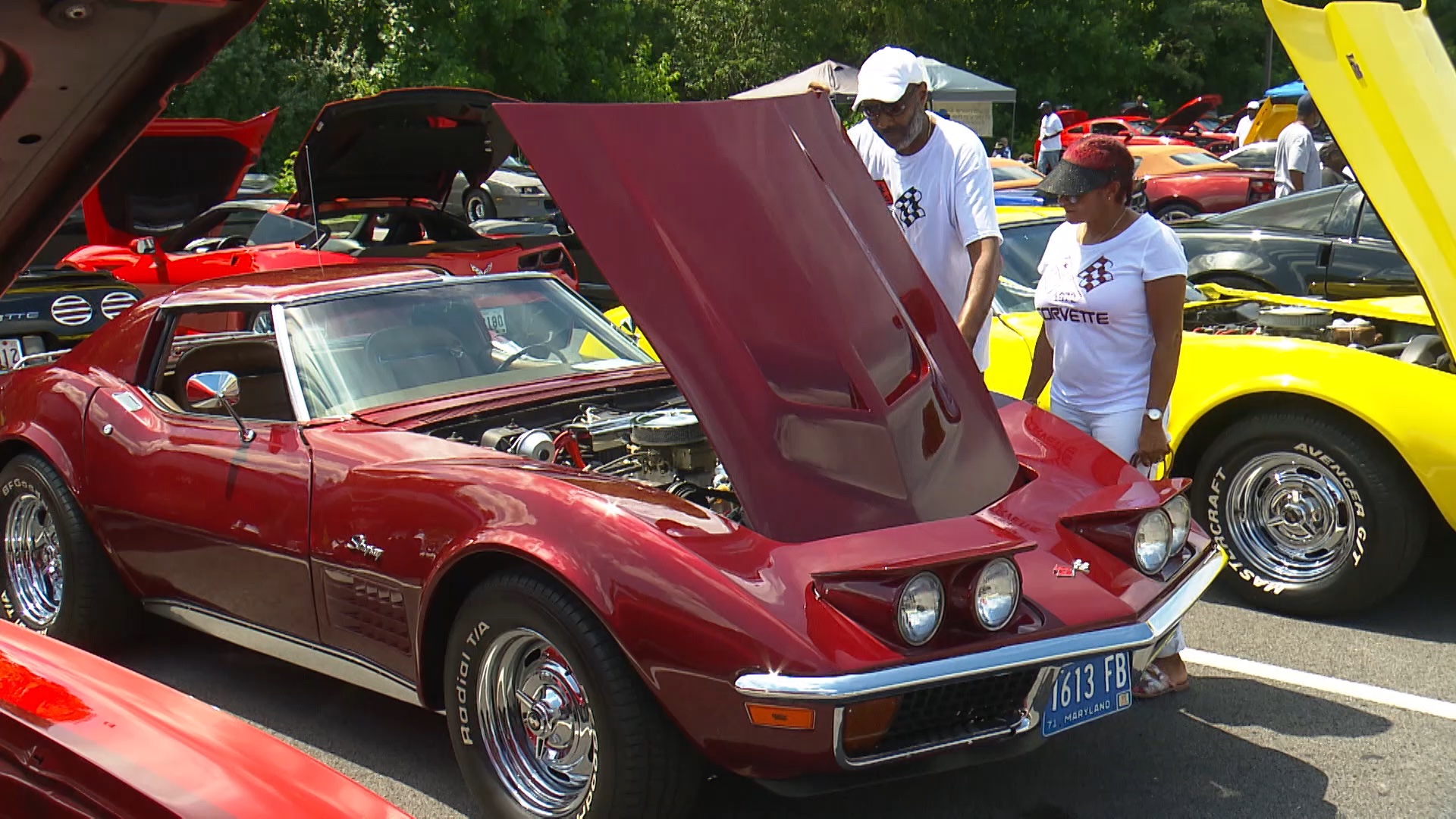 STEPHANIE HART: From modern opulence, back to more humble beginnings.

I personally love this 1962 Austin Healey Sebring. I’m here with the owner; tell me a little about this vehicle and why you bought it.

LEON WASHINGTON: I always loved the body style. I happened upon this one about 8 months ago and I jumped on it.

STEPHANIE HART: What’s the best thing about owning this car?

LEON WASHINGTON: Just, you know, top down cruising. Just enjoying the, you know, the weather. And I have a 350 Chevy engine in it which gives it some more pop. 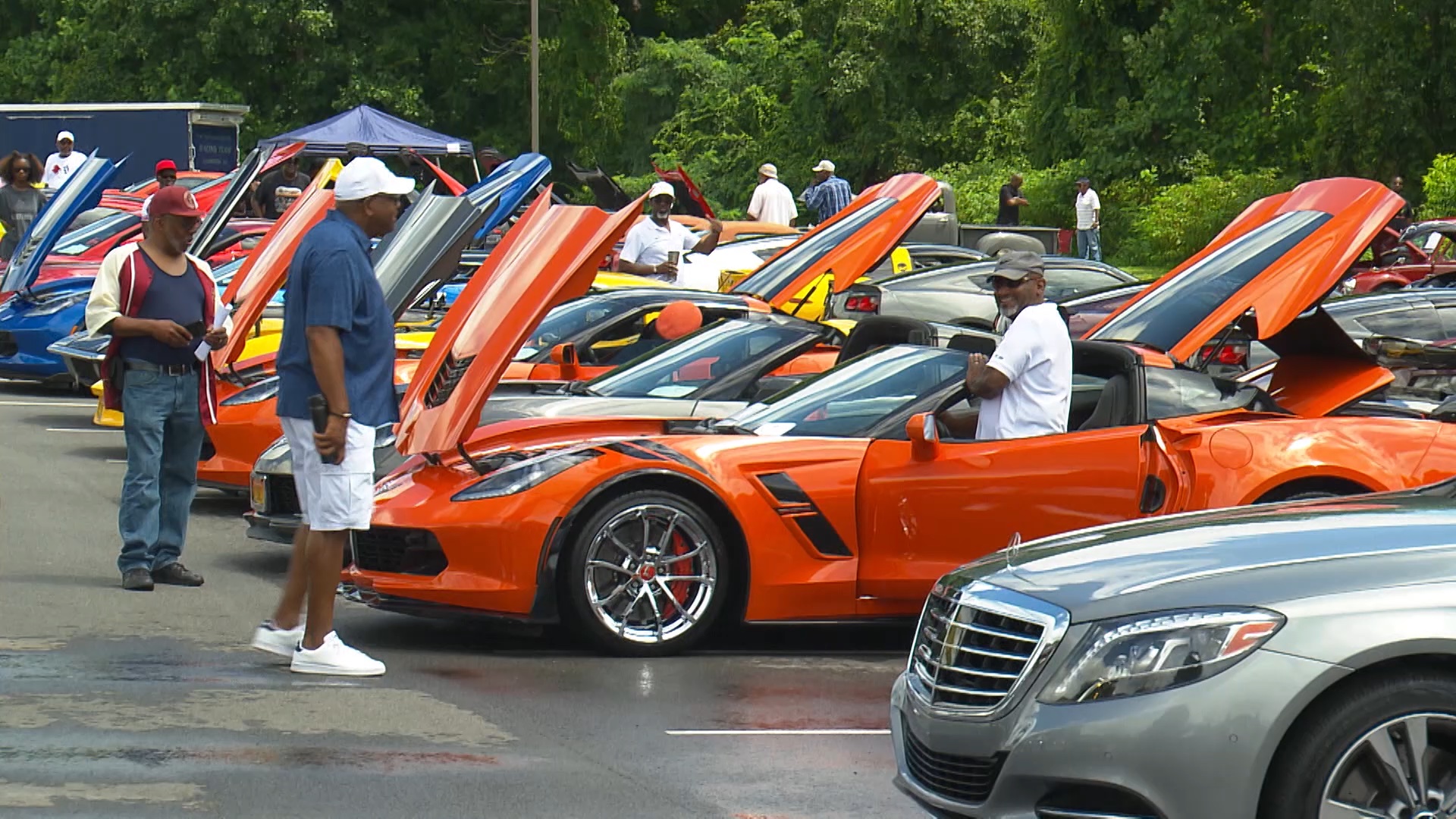 At the end of the day, $7500 was raised to support community education outreach programs. All in all, a great day filled with nostalgia, bringing everyone together like only baseball and cars can.

DWAYNE RENAL SIMS: Today we are going to do the horns in memory of Pat Goss, one of our favorites from Maryland from MotorWeek on MPT- television. Ready 3, 2, 1, blow!

C’mon now let me hear some noise that’s what I want to hear engines rumble this is all dedicated to Pat Goss and his memory.