Recycling auto parts is a great way to reduce the automobile’s environmental footprint. But which recycled parts do you choose? Salvaged, rebuilt or remanufactured?  When available, a remanufactured part is the preferable choice-- just like new, both in form and function. Stephanie Hart shows us how one company makes it happen.

STEPHANIE HART: I’m here at CRP Industries in Conway, South Carolina, where we’re going behind the scenes to see exactly what goes on here at the plant.

CRP Industries remanufactures electric power steering racks and pumps. The process is friendly to the planet and gives the parts a second life, keeping them out of scrap yards. But a lot of work goes into remanufacturing parts to as new condition. And it all starts with disassembly. 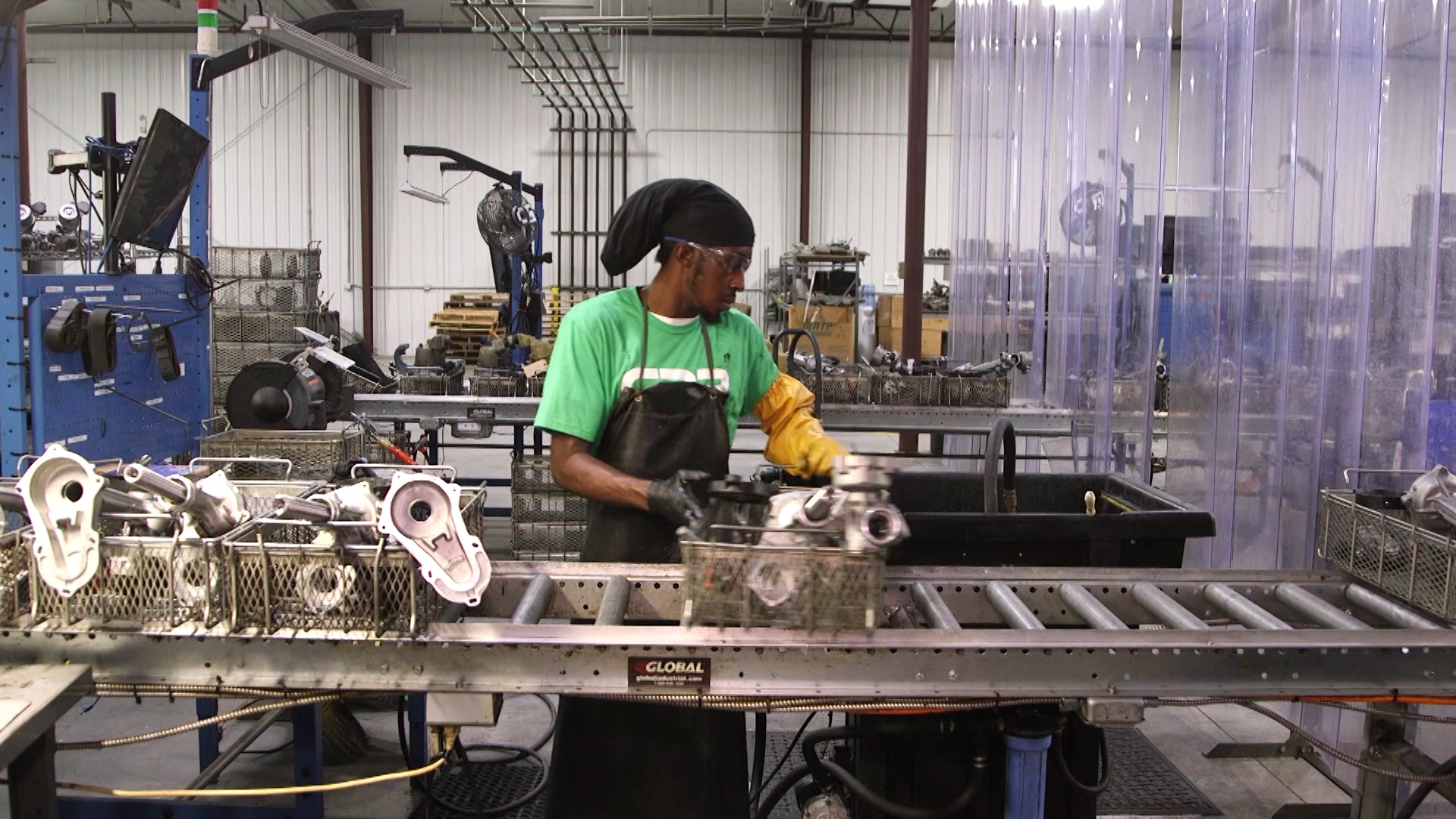 SCOTT SHEA: Once the tie rod and boot is removed the part will come through a pre-wash station to get-- to do the initial cleaning.

You can see a lot of the dirt and grime that was on the part before has now been removed.

STEPHANIE HART: From here, the part goes through a sandblaster.

SCOTT SHEA: These units have already been sandblasted so you can see the nice new finish that you get from this process

STEPHANIE HART: Yeah, it looks great. It really does.

SCOTT SHEA: Now that the rack has been cleaned and sanded we go through the disassembly process. So, we tear the part down completely. The parts stay together in a-- in a basket that travels down throughout the production line.

STEPHANIE HART: Next, everything starts to get reassembled just like a new part. 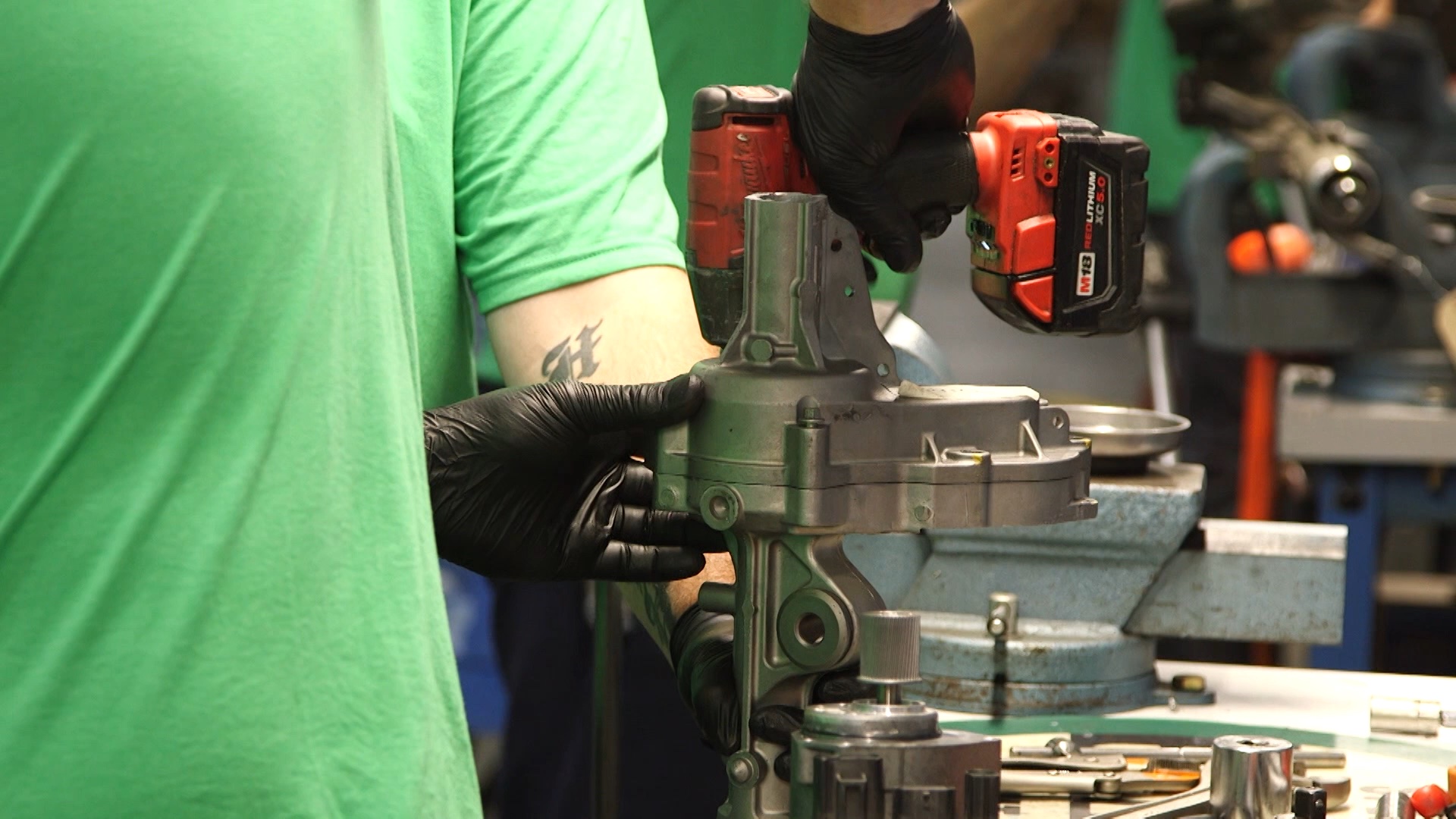 STEPHANIE HART: Parts like this do fall off the production line due to mechanical problems.

…then they’re taken over here where techs use their expertise to repair them so they can be put back into production.

For even more complex electronic power steering racks, the unit is disassembled and restored from A to Z. The final step is fully testing the part.

PT MULDOON: Remanufacturing-- the raw material changes every day, so it requires a lot of engineering and a lot of technology to understand what those changes mean. It also gives us a really nice glimpse into the quality of engineering that’s done by the OEMs. So we get to see the product all-- through all the stages of its life cycle and then we can feed that back and understand how to recreate it in a better state.

STEPHANIE HART: But, why are you lowering the chances of repeating the repair with a remanufactured part as compared to a rebuilt part?

SCOTT SHEA: A rebuilt can be all over the spectrum in terms of the quality of the repair. So, you might get anything from a repair that simply fixes the minimum to make the part usable, to a more extensive repair. 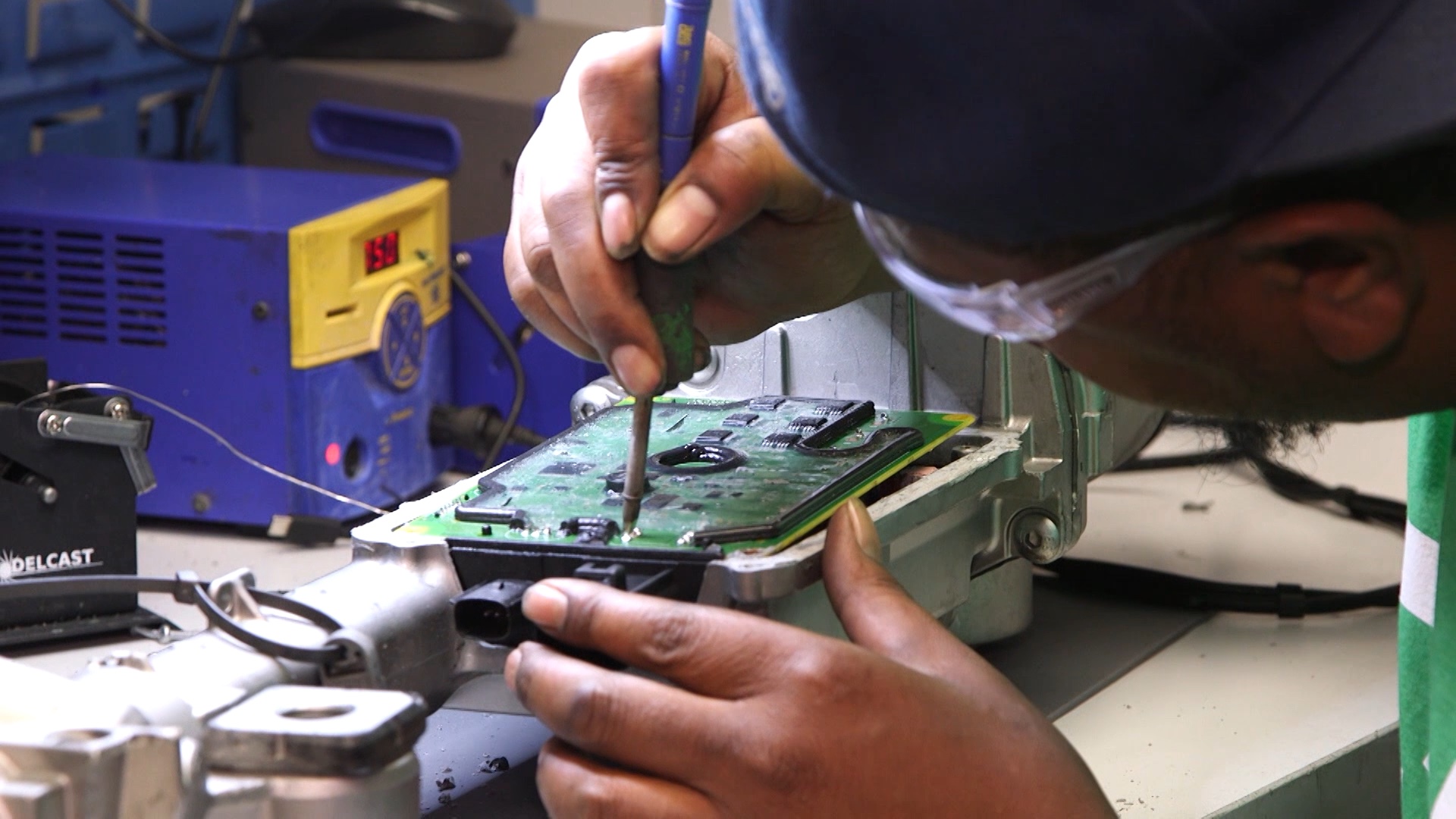 STEPHANIE HART: Remanufactured components typically cost about half as much as the same new parts. There’s also significant energy savings.

SCOTT SHEA: A remanufactured part uses 80-90 percent of the energy that would be required to make the part new. And in fact, in this plant, we save enough energy over the course of the year to power over one hundred homes for a full year.

Plus, where possible, all of the microchips that are in the damaged part are reused; a huge benefit given the ongoing chip shortage. With the emergence of electric and autonomous vehicles, remanufacturing is more important than ever before.

PT MULDOON: What we don’t want to see is new technology coming in and it’s hard to get a service part. This is the back stop. We are-- we are part of the emergence of this technology as an industry.

STEPHANIE HART: It’s an exciting time for the remanufacturing industry. It’s demonstrated its commitment to preserving our planet for future generations, while keeping our vehicles up and running safely. And if we can save some money in the process even better!