It's a car enthusiast's dream! An app that lets you drive the latest super premium vehicles. Like an Aston Martin DB9, for that that trip to a posh ski resort, a Range Rover Sport SVR. Now if this sounds like another car subscription service you're right. But, while others are struggling, this start up thinks success "revolves" around exclusivity. Our FYI report Stephanie Hart tries it out. 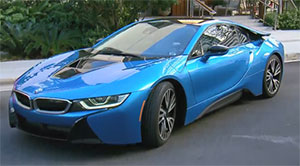 … and you can have a completely different experience with this incredible BMW i8…watch out south Florida.

Here’s how it works, you download the Revolve app, you get approved, you scroll through their amazing collection of cars, you choose seven of your dream cars to add to your virtual garage.

ASOKA VEERAVAGU: Our optimization algorithms are running behind the scenes and they’re providing access to the ideal cars at the right time for our customers.  From there, through the app, they get notified of their first vehicle delivery and then a member of our concierge team brings the vehicle to their home or their office, walks them through everything they need to know about the vehicle - really gives them a full orientation of the vehicle then they drive it like it is their own for the next one to three months and then after that time they’ll revolve to their next premiere ride. 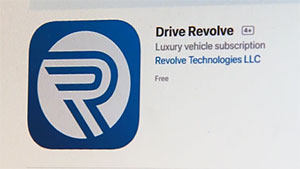 STEPHANIE HART: Asoka Veeravagu founded Revolve a year and a half ago in South Florida. At about the same time, many luxury auto makers began offering car subscription services. And some of them are still struggling to find the right formula for success. But Veeravagu is confident his model will succeed because it offers brand variety.

ASOKA VEERAVAGU: Real subscription services are very popular today, but you wouldn’t subscribe to one and expect to eat just Italian food everyday similarly with automotive subscription instead of single brand we look at it as a sampling of all the best vehicles in the top brands that’s what consumers really want.

MICHAEL SCHWARTZ: I was always one of those guys that you know six months after I got a new car I was like nah I’m starting to get sick of my car so you know I think the Revolve sort of model is brilliant in that you get to experience new cars often.  It’s sort of hard to go like low profile in some of the cars, but I love them.

STEPHANIE HART: A passion for cars fueled the idea behind Revolve... At the time, Veeravagu was working as a General Motors Engineer.

ASOKA VEERAVAGU: At General Motors they had a large fleet of all sorts of different vehicles and your badge would give you access to drive these vehicles on a periodic basis so sort of like having a library card for cars so that’s when the idea sparked for me like why doesn’t this exist in the consumer space.

STEPHANIE HART: Adam Lipman has been a Revolve member for 16 months.

What do you love about cars so much?

ADAM LIPMAN: I truly enjoy the sounds that cars make I like the freedom that they represent and who doesn’t like going fast. 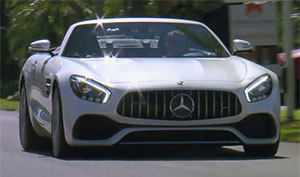 STEPHANIE HART: What has been your favorite cars so far?

ADAM LIPMAN: I had an Acura NSX a true super car and that was really great to drive. Right now I have an AMG GT convertible with the Florida weather it’s perfect and then it was great having an M5 which is performance and luxury.

ASOKA VEERAVAGU: We like to say we are all inclusive for automotive access - so all insurance, maintenance service and fees are rolled into one monthly subscription payment. All you have to do is gas up and drive or charge up if you are in one of our Teslas.

STEPHANIE HART: But this premium subscription service doesn’t come cheap.. The top enthusiast tier is 26-hundred a month. Unlike a typical car lease, there is no long term commitment. Membership is month to month. Next tier down is the luxury car tier which costs 19-hundred a month. Down the line, Revolve wants to create two more tiers that are more affordable for the average consumer.

ASOKA VEERAVAGU: You have to have a passion for what you are doing with starting a new venture but you also have to have the perseverance and grit to be able to stick it out.

STEPHANIE HART: Eventually Revolve will launch in other key states too- like California and Texas… with the end goal of spanning the country, offering cars for every taste and budget.