The next time you go shopping for a new car, don’t be surprised if it has a standard rear backup camera. Automakers were given two years to add cameras, and that phase in period is over. Indeed, research by the insurance institute for highway safety shows that backup cameras are very effective. And, when paired with other active safety features, back up crashes can be reduced by an impressive 75% - saving lives and reducing insurance claims. Our FYI reporter Stephanie Hart has the details. 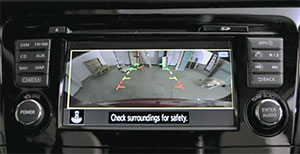 STEPHANIE HART: Back up accidents are responsible for 267 deaths and 15-hundred injuries a year according to the national highway traffic safety administration. Children and the elderly most often the victims.

The insurance institute for highway safety says the law, requiring back up cameras, is a move in the right direction. But more still needs to be done.

DAVID AYLOR: And those systems are effective but we’ve learned that when you add in an active safety feature like automatic braking it’s more effective than just a warning. The driver may not understand what the warning is trying to tell them so adding active braking on top of that adds more benefits… and so I think as manufacturers are learning more they’re adding that technology.

STEPHANIE HART: So here’s how rear auto brake works: there are sensors on the car that detect things behind you, so I’m going to back up without really paying attention… 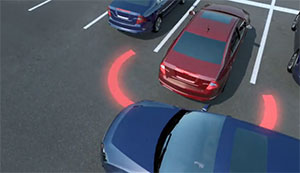 The sensors will detect the car behind me and automatically apply the brakes. We’re waiting for a beep to alert us a car is behind us… there you have it… and we brake… and I didn’t touch the brake pedal at all. The car did everything itself.

To be honest it was not second nature giving up control to a car like I did… and my adrenaline actually did start going right before I heard that beep assuring me the car was going to stop. Now, as I’m sure you noticed, it was sort of a rough stop, but all in all a pretty cool concept and incredible technology.

It’s surprising only 5% of vehicles manufactured in 2018 offer rear braking. Especially since the combination of rear auto braking, rear cameras, and rear sensors reduce back up crashes by more than 75%.

Rear autobrake works hand in hand with the self park system… phenomenal new technology. Riding shotgun with me today is Philip and we’re going to show you guys how this system works. Let’s go.

PHILIP: We’re going to set ourselves up and find a parking spot.

STEPHANIE HART: The car is now searching for a spot we can fit into.

Ok, I see one and does the car see it? 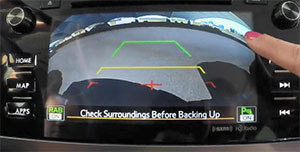 In order for the car to catch on, we have to drive past the spot. So I have to do virtually very little. What do I have to do?

PHILIP: You still have to stay in control of the speed of the vehicle so let your hands go off the steering wheel.

And you still have to check your mirrors and rear view camera. It’s like a ride or something.

PHILIP: It is, a little bit of a rollercoaster. It didn’t take long…

PHILIP: And as it backs up, it will give you a notification of when to stop. 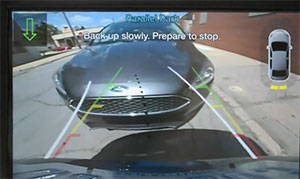 STEPHANIE: I’m doing nothing with my hands.

PHILIP: And now you can stop.

DAVID: And right now the systems are set up for, what we call, damageability… reducing the damage from parking lot crashes at the grocery store. But manufacturers are working on more advanced systems that could detect and potentially brake for a pedestrian.

Stephanie Hart: While adding such a combination of high-tech safety features to a new car can cost a buyer hundreds of extra dollars, rear backup crash prevention pays off by preventing thousands of dollars worth of unnecessary damage. That means more…all around…peace of mind.