There's a car club in Southern California that is comprised entirely of women enthusiasts. They not only celebrate vintage cars, but also the women who drove them. And they do that by giving back. Our Stephanie Hart has their inspirational story. 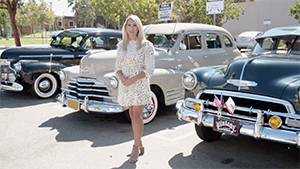 STEPHANIE HART: It’s a lot more than driving vintage cars and looking cool and having fun while doing so… the ladies in the car club drive their vintage cars around to fundraisers they organize and host for women suffering from cancer.

STEPHANIE HART: Pat Garcia-Saldana is the president of the Vintage Ladies Car Club. And over the years, her car has won a lot of trophies

PATRICIA GARCIA-SALDANA: I love it and when everybody-- we’re going by they’re giving us the thumbs up.

STEPHANIE HART: But she says nothing compares to the feeling she gets from helping women in need during the car club’s fundraisers. Other members agree.

RITA SERRATO: At the end of the day, it is a lot of work, but when you see the gratitude that they have for what we do it just fills your heart, you know. It’s just a blessing that we’re able to give to these ladies.

STEPHANIE HART: Out of tragedy, this car club was born. 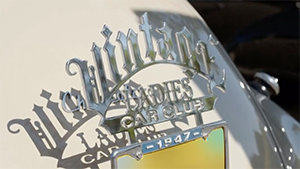 PATRICIA GARCIA-SALDANA: I-- My mother passed away in 2017 of ovarian cancer and I thought I needed to do something to-- you know, in her memory.

STEPHANIE HART: The Vintage Ladies Car Club is her legacy. Supporting women, who are fighting cancer… like her mother was. From the start, Pat’s vintage car helped draw a lot of attention to the good cause. And it’s only grown from there. This car club started three years ago, but already they’ve hosted 13 fundraisers and they’ve raised 100 thousand dollars for women suffering from cancer.

MARLA VELASQUES: Selling plates of food, bakery stuff. Ee have raffles, we have 50/50, and then people usually come by, you know, and drop money in the bucket. I’m just really honored to do this.

RITA SERRATO: 100% of our fundraisers that we do go to these ladies, and it’s totally for them and we’re just so blessed to be able to help them-- and have a lot of support from other club members.

THERESA GONZALES: We love our cars and we love low riding, but it’s a lot better when you can help somebody else along the way and that’s what we do. 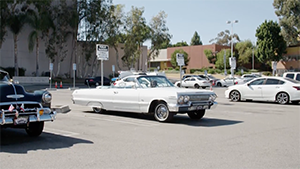 THERESA GONZALES: Well, it has a 327 in it, has a 2 speed powerglide. I try to keep it original as possible. I am proud to be a Hispanic woman. My dad taught me from a young age to work hard, and in the garage with him, and that’s where I learned about cars-- the mechanics of it. We as women cut ourselves short when it comes to cars. I think we all need to learn a little bit more of the car that we drive.

PATRICIA GARCIA-SALDANA: Every event I have I’m very proud and I know my mom is proud. It really makes me feel really good.