Home » Features » FYI » What Drives Her

Motorweek literally hit the streets to get womens’ point of view on buying a new car. Starting with the big question: as a woman buyer, what are you looking for in a car?

ANITA MOORE: I purchased a Nissan Altima because I needed a family car a four door car for adults to sit in the back and it’s sporty enough where it has great pickup speed and it’s a great price for me.

MERCY BOAKYE-BOACENG: I look for a car that’s very durable, spacious so I can take my kids back and forth easily – not complicated for me- and easy to get in that’s what I look for in a car. 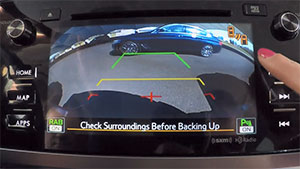 STEPHANIE HART: How did safety and tech features play a role in your purchase?

APRENEA MCCUTCHEN: Safety-the basics -airbags, warning lights, warning signals. The Maxima actually has all of those – more than what I expected so that played a little bit. GPS, navigation, satellite radio, a smart car was really important so you are not on your cell phone you can just push buttons in the car

STEPHANIE HART: Today, women have far more buying power than ever before… statistics show 80-percent of car buying decisions are made or strongly influenced by women. It is inspiring and empowering…  and a game changer for the auto industry. 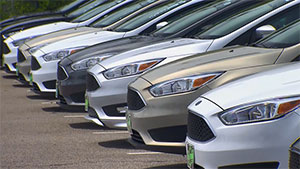 Female auto engineers I spoke with say they’re creating new vehicles that appeal to women.. .take the crossover and SUV craze for example…that has evolved largely from a woman’s desire for a vehicle that’s sportier than a minivan but handles better than a truck

The future is female. It’s clear the auto industry is starting to celebrate that concept. Still, more work needs to be done… especially at local car dealerships.

ANITA MOORE: The dealership actually gave me the person, who was the least knowledgeable about cars and it was actually alarming that I knew more about what I wanted – more details about the car that they were selling than the person talking to me so I ended up walking away the first time around. 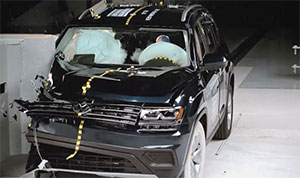 STEPHANIE HART: She went back to that same dealership a few months later. This time she requested the most experienced sales person. Here’s what happened…

STEPHANIE HART: Do you think it was because you were a woman? 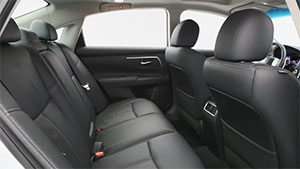 ANITA MOORE: So that is definitely a difference of who brought the car there.

STEPHANIE HART: And unfortunately it’s the kind of perceived gender bias that happens every day.

Betsy Liberto explains her car buying experience when she brought her husband Ron with her to the dealership.

BETSY LIBERTO: We were finally in the last stages where you are signing all the paperwork and they’re trying to upsell you everything that they want you to take- you know every clear coat, every insurance policy, or whatever - and I saw they would try to sell to him and then we would look at each other and we would both go and they would still try to sell to him and then finally if he said “no” they were done… which I thought was kind of interesting.

STEPHANIE HART: It is interesting.

STEPHANIE HART: So what are today’s women expecting from the auto industry? The women I spoke to say: Clear, bottom line car pricing for all sexes.

Pair that with latest safety, tech, style and comfort - and you have a deal.