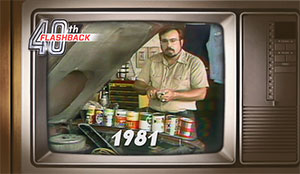 If we’ve learned one thing over the last 40 years it’s that Pat Goss never steers us wrong down at Goss’s Garage.

FLASHBACK GOSS: The one single thing that is most important as far as the life expectancy of your automobile’s engine is changing the oil..

PAT GOSS: Wow. That was 40 years ago. And you know the same thing applies these days? When it comes to changing oil on a car it is still the single most important thing you can do to make your engine last a very long time.

Proper oil changes can double or triple the life expectancy of your engine. But, you have to know a few things to do it right. 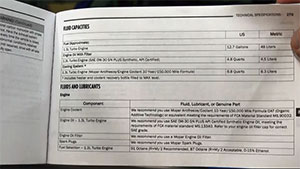 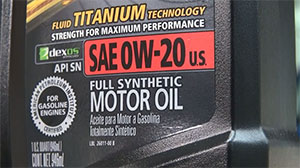 And in modern cars those thicknesses- well they can be relatively light weight. And that’s important. Don’t let some old timer tell you that oh well that’s too thin you have to have some of this thick stuff in there because that can lead to engine damage, check engine lights, shorter engine life and all sorts of things. Believe what the people who designed your car are telling you in your owner’s manual.

So, you buy the proper type of oil, you change the oil regularly, which may in some cases be sooner than that idiot light that tells you when to change your oil comes on. Never longer than that light tells you. By doing that, well you will get a lot longer life out of your engine, you will have good performance, and you’ll probably have fewer check engine lights. And if you have a question or comment, drop me a line right here at MotorWeek.