You know, there was a time with automobiles when there was a simple wire that went to it, and it controlled it. And that was the end of it. Well those days are long gone. Let’s talk about it. 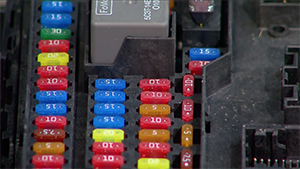 Now, what do I mean about those days are gone? Well, it used to be that things were really simple on automobiles. Take a headlight for example. It had three prongs on the back of it, had three wires going to it. One of it was for high beam, one was for low beam, and the third was for ground. Then a switch inside to control it- that was it. Not anymore. Now why they do this, I don’t know, but even basic headlights these days are driven through control modules such as we see here.

Now each manufacturer has a different name for these things. They’re power distribution setters and all types of different crazy names but they all do pretty much the same thing. Some of them are relatively basic and they just distribute power, others have a module in here like a little computer in the back of it, that decides how the power is distributed. Alright, so, what happens here? Well, over time, moisture gets inside these things and contacts eroded and things like that. Erosion means high resistance. High resistance means something doesn’t work. And you have a headlight that’s out or something like that. What do you do? 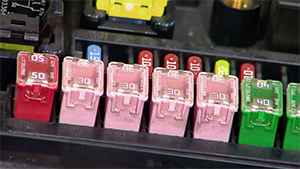 Well first you need a scanner to even test these things. Once you’ve done that and you find out this is bad, well you could go to a salvage yard and buy a used one, but then think about that. If like in this one, the common problem is the headlights don’t work, then chances are that the replacement is gonna have the same problem. Alright, so, you can go to the dealer and buy a new one, or you can go online, there are places that rebuild or remanufacture these. Saves you a little bit of money, but remember, that in most cases if anything is rebuilt or remanufactured, there is a core charge on the old part. That’s how they get the units to rebuild.

Alright so, big thing here, read the warranty. Read the fine print and especially read the exclusions. What’s covered sometimes isn’t as important as what they exclude because it’s what they exclude that can bite you. So, if you do it right, you can save yourself some bucks, and if you have a question or a comment, drop me a line right here at MotorWeek.