PAT GOSS: So your car is involved in an accident, it goes to the body shop, it gets repaired, and everything looks good to you, and you think that’s the end of it. Well that may not be the case, there is such a thing as diminished value. And we have Mr. Jack Anderson here to tell us a little bit about it. Hi Jack.

JACK ANDERSEN: Hi Pat. Thanks for having me. 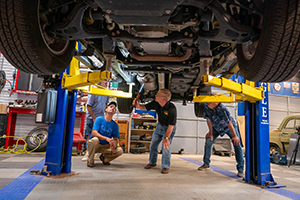 JACK ANDERSEN: Diminished value refers to the fact that any vehicle that has been in a collision and has sustained damage and has to be repaired will be worth less in the marketplace.

PAT GOSS: Now these diminished values sometimes can be substantial.

JACK ANDERSEN: Yes. We have behind us here a 2018 Chevy Colorado pickup truck. Earlier this year, it was rear-ended and sustained $14,500 worth of damage. Part of that damage included the chassis or frame, that had to be pulled back into specification. They replaced the bed, they also attended to some other things and ultimately the diminished value on this truck came in at about $5700, and that’s over and above the repair costs. 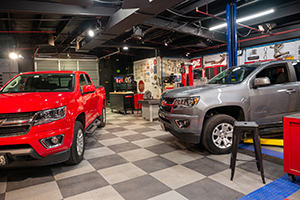 PAT GOSS: Ok, now as far as an individual is concerned, what do they need to know to protect themselves?

JACK ANDERSEN: Well, first off is to recognize the fact that their vehicle is going to be worth less in the marketplace, either as a trade-in or to sell it privately. Now, that is going to diminish over time, but if they want to get the best for their money, they need to hire a qualified appraiser who has experience and understanding of diminished value and can help them recover some of that loss. PAT GOSS: Ok, so the appraiser is going to set the value, the insurance company reimburses the individual for that amount of money.

PAT GOSS: We hope! Ok, Jack, thank you so much, and if you have a question or a comment, drop me a line, right here at MotorWeek.