One of the hot topics in the automobile industry these days is the electrification of automobiles. Now, you may think that that’s something that’s brand new, but in reality, we can go back to the early 20th century and electric vehicles were more popular than gasoline vehicles. 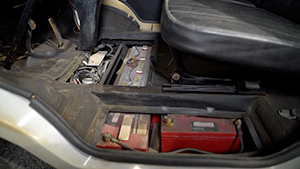 And one of the reasons for that-- well, so I’m told-- is that because the gasoline engines, you had to crank them to start them, and the electrics you just got on them and you drove. Anyway, when electric starters came about, well, the electric vehicle kind of died. That was in the twenties, sometime. Well, let’s move forward.

There have been various attempts at doing electric cars, like this ’74 electric here. It uses lead-acid technology. And then there were others like GM’s EV1, which again used lead acid batteries, so it didn’t have the range, didn’t have the practicality.  But then, along comes these things: cell phones and laptops. Well, this ion-- lithium ion technology for the batteries, and the automobile manufacturers looked at this stuff and said “Gee, we can expand on that. We can make these batteries better. We can use lithium for these newer batteries, we can make cars that go farther and so on.” 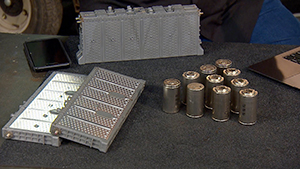 So, then we saw the first generation of the Nissan Leaf, which was really the first practical electric vehicle that we’ve seen. And since that time, the batteries have been improved on, and every year we’re seeing improvements in the infrastructure and so on.

So, will we see the electrification of the automobile industry in America? Well, only time will tell, but with all of the advancements in battery technology and so on, the future is certainly bright. There may actually be an EV in your future.

And if you have a question or a comment, drop me a line, right here at MotorWeek.