PAT GOSS: I get a lot of questions concerning gasoline. And have with us today Brian West from Oak Ridge National Laboratory. Brian welcome to Goss’ garage.

BRIAN WEST: Thank you for having me Pat.

BRIAN WEST: That’s right. There’s fuel economy data there for every vehicle sold in the U.S. since 1984.

PAT GOSS: Alright, now are there any trends that you’re seeing? 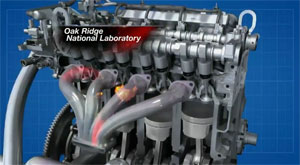 PAT GOSS: O.K. Alright, now some of the common questions that I hear, number 1, what is octane?

BRIAN WEST: Octane is a chemical property. It’s a measure of the fuel’s resistance to auto ignition. In normal spark ignition combustion what we want to have happen we want the spark to ignite the mixture we want it to happen rapidly and smoothly and build pressure and push down on the piston. If the octane number is not high enough however, sometimes some of that unburned fuel before the flame front gets across the combustion chamber it’ll spontaneously ignite or detonate causing ping and that’s a bad thing it can be annoying to listen to, but in the worst case it can actually cause engine damage. 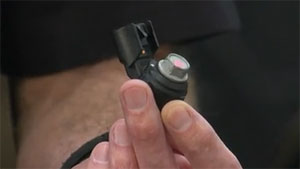 BRIAN WEST: That’s right. A lot of cars today you won’t hear the knock because the car has a knock sensor since the 80’s and 90’s vehicles have been equipped with these. It’s basically a microphone and it tells the engine control unit that it hears knock and it’s generally going to hear it way before the consumer and it’s going to mitigate that knock. By retarding the spark timing the knock will go away in most cases, but it’s going to come at the cost of efficiency and the cost of power.

PAT GOSS: O.K. now other common questions. Is there more energy in a gallon of premium?

BRIAN WEST: That is a common misconception and there is not. Energy density is not correlated to octane number.

BRIAN WEST: In some cases, that may be true. Some manufacturers recommend premium because the fuel can sit in the tank a long time. In the case of a plug-in hybrid.

PAT GOSS: O.K., the last thing I get a lot of questions about my fuel filler door doesn’t correspond with the language in my owner’s manual. 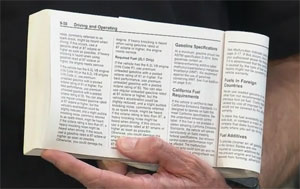 PAT GOSS: O.K., well Brian I want to thank you,  and if you have a question or a comment, drop me a line right here at MotorWeek.