You know, Pat, it’s really sad to see our old Goss’ Garage set being basically used as an engineering graveyard. Do you realize we’ve outgrown three Goss’ Garage sets over 35 years, and that you’ve produced over 900 Goss’ Garage segments…that’s a lot of car care advice!

PAT: Yea, It sure is, and to think that it almost didn’t happen. Remember in the pilot, it was supposed to be “MotorShop” and Craig Singhaus was going to be the host!  Well, I guess if that had happened, I could have done the high road segments!

JD: Well, I wouldn’t change a thing, I think it has worked out perfectly just the way it is.

PAT: You can say that again!

PAT: I sure don’t miss that hot noisy gas station we filmed in for our pilot episode. Moving in here, the actual parking garage for the station’s remote TV truck, was a luxury. But, I do remember how cramped this set was. By the time we got a car and a couple cameras in here, I could barely turn around! 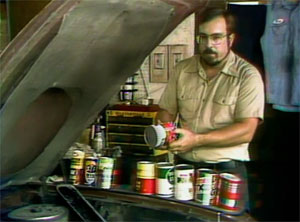 In 2004, we took over our current studio, a former carpenter shop for building props and scenery, and have expanded our boundaries two or three times since then. Having a working lift and room to spare has helped to deliver better information to the viewers and that’s what it’s all about for me.

But what’s really amazing to me is how far automotive technology has progressed: in 1981, we didn’t have computers in our offices, much less in our cars! Looking back at some of those early shows, it’s shocking just how crude cars were in the early ‘80s, and how much we take for granted today.

Take brakes for instance.You’d have thought I was crazy if I’d said that cars would one day stop themselves to avoid an accident. At the time, ABS was virtually unheard of...we were impressed then when a car had four-wheel discs. A good stopping distance on the test track was some thirty feet longer than today’s average. That’s about the length of two big SUVs, and was usually accompanied by copious amounts of tire smoke! 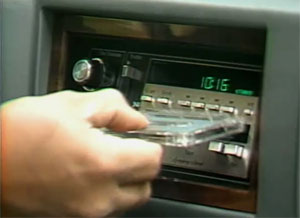 While radial tires were by then universally accepted, they were also universally mediocre in performance. Ferraris and Porsches wore rubber unsuited for today’s econoboxes. 13 inch wheels were the norm, while 15’s were a big deal. That’s a far cry from today’s 22-inch monsters.

A luxury car was anything with leather seats and power windows, or better yet, cruise control. A cassette deck was considered state of the art, navigation required a passenger and a map, and dual-zone climate controls meant you opened both front windows.

The typical car came equipped with a three-speed automatic, or maybe a four-speed manual transmission. Who would have thought that six-ratio gearboxes would become the norm, and that anybody would ever need nine gears? The CVT transmission came and went with the Subaru Justy in the early ‘90s, but is back now and better than ever.

The old slushbox automatics of the ‘80s and ‘90s would never be an enthusiast’s choice, but today’s dual-clutch, paddle-shift gearboxes are so intuitive and quick, the third pedal is now seen as a hindrance when the going gets fast.

If you wanted an all-weather all-wheel drive car in 1981, you had to shop for an Audi or a Subaru. Now there are at least 20 manufacturers peddling the all-wheel-drive advantage. 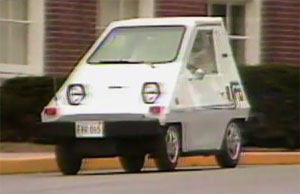 Electric cars in the ‘80s were homebuilt contraptions or one-off conversions loaded down with lead-acid batteries, a far cry from the lithium- ion powered EV and hybrid vehicles of today that prove green motoring can be accomplished without compromise.

Yes, indeed, John, we take many things for granted these days that were dismissed as science fiction 25 years ago: active suspensions, navigation systems, 100,000 mile warranties...

But there’s one thing that auto engineers haven’t been able to do away with, despite all the computers, all the sensors and billions of development dollars, and that is simple preventive maintenance.

I said it in our very first show, and it still holds true today: “The one single thing that is most important as far as the life expectancy of your car, is changing the oil.”