For many of when we get a new car, we want to customize it to make it our own. And one popular way of doing that is to tint the glass in the car. And to give us some pointers we have Stephen Leacock from tint world of Owings Mills, Maryland. Stephen, welcome to Goss’ garage.

Stephen Leacock: Thank you for having us.

Goss: Ok, what are some of the things that people need to know about tinting the glass? 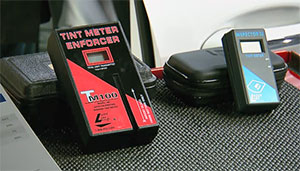 Leacock: The first thing we discuss with our customers is what is legal in the state of Maryland. So in order to be state legal, we need to have the film read at 35 percent.

Goss: Alright, but the factory glass has some tint in it?

Goss: You brought along a meter, that’s going to tell us what the original glass is? 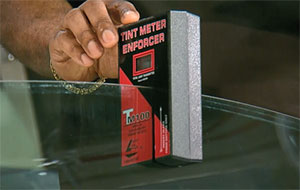 Goss: And these numbers might be different in different states?

Leacock: That’s correct, it does vary by jurisdiction.

Goss: Now there are different types of films, what do you recommend?

Leacock: We carry a metalized film, we carry a carbon film, we carry a ceramic film. What we sell the most of is the carbon. We find that it is a good price point. It provides a good quality film with a lifetime warranty.

Goss: Ok, but say you want something cheaper, like the metalized film, aren’t there some downsides on a car like this? 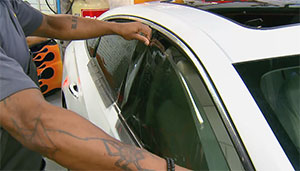 Goss: Ok, now the other thing is a lot of people think they can do it themselves, and maybe. But you have special processes to install it.

Leacock: Well we have that, but we also have a professional window tinter, it’s really a skill. So what we do is we use a software program where we enter in the make, model, year of the vehicle and what trim it may be. And from that, we have a plotter that cuts out the film, that film is then transferred on to a board that we use to finish cutting the pattern out for the vehicle.

Goss: What else should we know here?

Leacock: Well I think the big thing with the carbon film is it protects against UV rays it provides heat rejection, and as I noted it comes with a lifetime warranty. So it makes sense to spend a little extra when you’re buying a brand new vehicle or if you have a newer vehicle, it’s worth the money.

Goss: It’s going to make the upholstery last longer and make you more comfortable. Okay, Stephen, thank you so much.

Goss: And if you have a question or comment, drop us a line, right here at MotorWeek.