Underhood and Under Car Gadgets

Modern cars have a lot of computers on them and all of those computers have memories that need to be protected if you have to disconnect the battery. Well, for years, we recommended this little device that uses a 9-volt battery, but I have to tell you they’re not the best way to go. What we have moved up to in the repair shop is this unit from Snap-On Tools; now, it has the ability to protect all the memory on all the computers by plugging an adapter into the cigarette lighter or a power port, but remember, this is a last ditch way to do it because power ports, well, they’re usually switched by the key. Cigarette lighters, same thing. So in order to get them active, you need to turn your key on; that turns a lot of accessories on – not the best way to go. 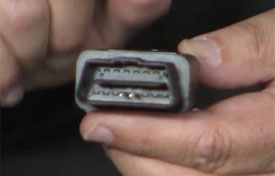 Here’s where this one really shines; it has this adapter right here, that plugs into the OBD-II adapter under the dash of the car. This is where you check for codes and so on. It supplies power directly into the computer system. And because of the size of the battery, it can do it for hours on end without losing any memory. And if you have to have the battery disconnected for days, well, you can plug in the charger for this and it will literally protect the memory on those computers for days. Costs about 150 bucks, but keep in mind, if you lose the memory on one of these that has to be reprogrammed, it’s going to cost you that much by the time you take it to the dealer and back. 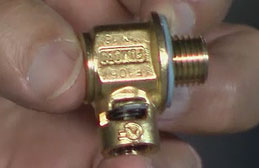 Here we have something – this is an engine oil drain valve. Now, there’s a problem we’re seeing with a lot of late model cars and that is, if you change the oil regularly, over time, the threads will wear out in the oil pan and you have to put a new oil pan on – expensive. Well, this oil engine drain valve is designed in such a manor that you screw it into the oil pan one time and when you want to change oil, you simply turn this lever and turn it. It’s spring-loaded, it opens the valve inside it, the oil drains out, you close it and you’re good to go. Now, because it’s spring-loaded and it has a detent on it, not much chance of it accidentally opening up. Could save you several hundred dollars in the price of a new oil pan. And if you have a question or comment, drop me a line, right here at MotorWeek.