A lot of people with older collectible cars want to know if they have to use a lead substitute in the gasoline they use in their cars. Well, maybe… maybe not.  Now, what did the lead do? 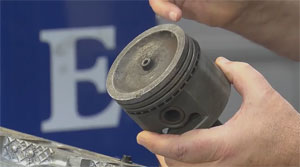 Well, the first thing that the lead did in the engines of these older cars was that it raised octane. Now octane is the fuel’s ability to resist pinging, and pinging is nothing more than when the fuel burns too fast and the piston is moving up the burning fuel is moving down the two collide and it’s like having a sledge hammer hit the top of the piston and it breaks pistons many times.

OK, but that’s only one thing that it did. Inside the engine we have valves to allow fuel and air to come into the engine and allow exhaust to get out. Now, these valves are pushed open and they have springs that snap them closed. Well, in older engines the cylinder heads were made out of cast iron and the only thing the valves seated against was a paper that was cut into the cast iron of the head. Well, this valve snapping in and out back against the head over time would erode the cast iron. Well, that’s where the lead came in because the lead cushioned the valves hitting the seats. So, what that amounts to is something like this. Here we have a lead wheel weight and here we have and anvil and a hammer. Let’s hit the anvil (ringing sound). You can hear the ring of the anvil. Now let’s put some lead in the equation, and we hit the lead and you can see how it’s soft and it cushions the blow. 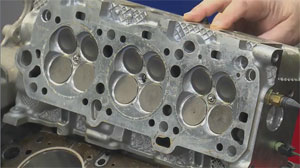 Well, that is what the lead did in these engines, but do you need a lead substitute… well chances are you don’t unless you use the car hard. If you use it for long trips, sustained high speeds, use it for racing or something like that or towing a trailer, yeah you better use a lead substitute. But, if you just drive it to car shows and those sorts of things… drive it on weekends and so on and drive it gently you probably don’t. And remember, when the valves finally do go bad then you can have hardened valve seats put into the heads and you’ll never have to worry about valves or lead substitutes or anything like that again.

And if you have a question or a comment drop me a line right here at MotorWeek.