In April 2012, college professor Jonathan Slade bought a Nissan Leaf to be his daily driver. Then he took it on vacation by driving across the state of Maryland, a daring adventure for the time, with virtually no electric car charging infrastructure to rely on outside of the major cities.

With both EV’s and outlets now much more prevalent, we wondered how much of an adventure that trip would be today. So, we retraced Jonathan’s west to east route, knocking out in 9 hours what took him 6 days to do. Then we upped the ante and did it again, taking three EV’s on a lap of the region with a side trip to Gettysburg thrown in for good measure, where like many other national parks, you can now juice up while you’re discovering America’s landmarks. 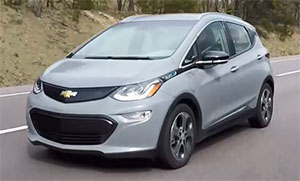 Our EV trio consisted of the Chevrolet bolt EV, Kia Niro EV, and the Nissan Leaf Plus. All three offer 60 to 64 kilowatt hour battery packs, the ability to accept fast charging and around 230 miles of stated driving range.

There are now more than a dozen dc fast-charge stations along Maryland’s highways, and some stretches are designated as alt-fuel corridors for a variety of fuels.

But we quickly left our fast-charging options behind as we entered wild, wild western Maryland, where locating even level 2 plugs can be elusive.

This holds true in other parts of the country too. The Department of Energy’s online station locator map and mobile app show more than 2,700 fast charge locations in the U.S. … mostly clustered along the coasts and mid west. 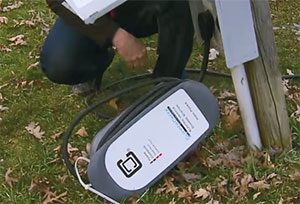 Around 700 of those locations are dedicated exclusively to Tesla vehicles, though, and don’t provide standard J1772 connectors we were searching for.

But even in the wilderness, a smart and well prepared EV explorer can find charging options. Overnight, we used a campground’s 50-amp RV circuit, with our own portable level 2 charging device. Doling out 4 hours of level 2 time for each car netted us just enough range to make the 115 hilly miles back to the next fast-charger on our route.

Now, you won’t find many RV parks listed in the station locator apps yet, but you will find them near every tourist destination in the country, and most are willing to serve as an EV rest stop, so investing in a portable 240-volt charger, and a campground directory, is great EV road-trip insurance.

DENNIS SMITH: So there’s some good tools that are available, websites and even apps for your phone and you wanna be asking the kinds of questions that you’d imagine. Not only where are the stations located, but what kind of payments do they accept, what hours are they open, and probably most of all is do they have the right connector for your car, because there’s still some different connectors depending on which car you’re actually driving 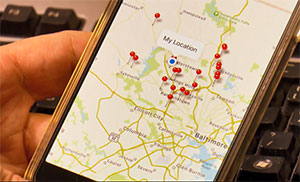 Like the early ATMs, not all charging stations are linked to the same payment network, so it helps to have accounts with several of the major charging providers like EVgo, Blink, Semaconnect and Chargepoint.

Our mountain to ocean EV adventure was marred only by the downtime. On our solo trip, we managed 710 miles in 13 hours of driving, but also spent 8 and a half hours repeatedly watching the charge level inch towards full. Our traveling trio encountered occupied and inoperative charging stations, and more than once had to split up and juice up at multiple locations, yet still reached the beach in 10 hours. 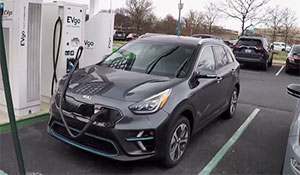 With a bit of planning, common sense, and patience, electric vehicle road tripping is viable and can be fun, but it’s probably still best suited for type-a travelers who like to plan things out, rather than wandering free spirits or those who like to drive straight thru for long distances.

So choosing an EV as your only car is certainly possible, though further improvements in both range and charging are clearly needed in order to make going electric a truly go anywhere, go anytime option.