Recently Porsche reached a big milestone, it’s 70th anniversary.  And in all that time they built world renowned sports cars, dominated motorsports ranks and even gone fully electric as only Porsche could. Well too celebrate that longevity, Porsche threw a little party. And our Greg Carloss got an invite!

GREG CARLOSS: Poring through the pages of books like this is a great way for most people to learn about the history of Porsche. But I’m more of a physical learner. And that’s why we’re here at Sonoma Raceway with some very special Porsche Museum cars to get some driving history.

Alex, we have two iconic cars here from the Porsche Museum. Would you please tell me about them? 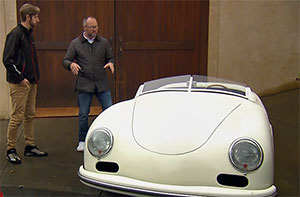 So the car was ordered in a very specific lightweight version. So you see we have no wipers on the windshield, we actually do not even have indicators from the front of the car. Even the door handles are missing.

GREG CARLOSS: Despite its simplicity and small stature, this 356 is intimidating to approach...considering it’s worth about 4 million dollars. But after starting it, my apprehension dissolves away. 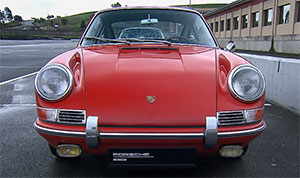 ALEX KLEIN: So it was October 22nd when Ferry Porsche decided to rename the car from 901 to 911 and we figured out that exactly at that date that three cars were built that day and that was the third of three cars.

GREG CARLOSS: While a razor sharp eye could spot a 901, the air cooled flat-six still puts out the same 130 horsepower. I never got close to the car’s limits, but I’m humbled just thinking of the lunatics who did.

The 911 is still Porsche’s core model, but that may not be the case if it weren’t for the 959. A technological marvel for the 80's, Porsche lost money on each example it sold, but it did perpetuate the 911 and eventually laid the groundwork for this 996 GT3.

PATRICK LONG: First generation water cooled 911. First generation GT3 race inspired. As pure of a driving experience as you can have in a GT3.There’s a lot of cars that put big numbers up for one lap or one run through the slalom. But what I pride myself in talking about Porsches is how much punishment they can take. It’s race inspired heritage. 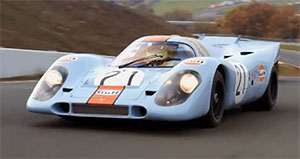 GREG CARLOSS: Of course Porsche brought along some of that racing inspiration: the legendary 917. And while it was understandably off-limits to me, the 1970 24 Hours of LeMans winner, Richard Attwood was there to recount his experience.

RICHARD ATTWOOD: To drive it initially, very difficult, but after some of that first year, it became a totally normal car. Very straightforward. Well balanced. Easy to drive. First year, 69, not quite the same story. But, Porsche was determined to get it right, they did, as most things.

GREG CARLOSS: We’ve driven nearly 70 years of Porsche history today, and the one common thread is the uncompromising commitment to performance. And even as power sources are evolving, one thing’s for sure; a Porsche will always be a Porsche.