Home » Features » Over the Edge » Autocrossing

When it comes to sports, many fans don’t just watch, they play. Of course, for something like soccer, all you need is a few friends and a grassy field. But for motorsport fans it’s not that easy. Well, this week Greg Carloss goes Over the Edge with a local car club that has a firm grip on recreational driving. 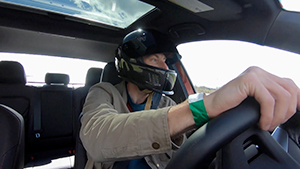 GREG CARLOSS: Do you have a license? Do you have a car? Do you like driving fast? If you answered yes to all of these questions, I’m doing something you might just be interested in.

Let’s face it: driving fast is fun, but there aren’t many ways to do it safely, let alone legally. And that is where autocross comes in.

FRANK PRIVITERA: Today we’re out here at an autocross event that our club puts on twice a year at Summit Point Raceway. And it allows us to get novice and experienced drivers to get the opportunity to push their cars to the limit in a safe, low-consequence way.

GREG CARLOSS: The basics of autocross are, well, basic. A course is set up in a parking lot or in this case a skid pad, and the object is to drive it as fast as you can while hitting as few cones as possible.

FRANK PRIVITERA: What you get here is you get a lot of experience; many, many corners. Very tightly controlled and no real chance of injuring your car other than maybe running over a cone.

GREG CARLOSS: Still, safety is paramount at any motorsports event, which is why this one starts with a brisk track walk, followed by a driver’s meeting. Finally, it’s time to burn some rubber.

FRANK PRIVITERA: So, an event like this there’s a wide variation of skill levels. Today we had a group of about 20 drivers that this is their first time at any kind of a track event where they’ve driven their car in any kind of anger. 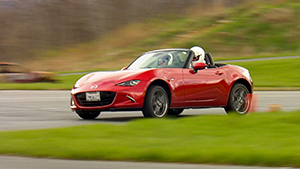 TIM SCHMIDT: So, I’ve never autocrossed. I’ve gotten behind the wheel of racecars before…

It’s a little nerve wracking, but it’s like anything else. Especially with the car. You have to take some time. There’s a learning curve.

GREG CARLOSS: And for some, learning curves can be addictive.

INDY JABBLE: I had my first school about 10 years ago and then it’s been on and off. And then the past 2 years I’ve been doing it on a regular.

I love the controlled environment that we’re in. I can push my car to its limits and learn a lot about my car as well. Occasionally brag to the guys as well.

GREG CARLOSS: The unique thing about autocross is the compact courses level the playing field. So, a high horsepower car isn’t nearly as important as driver skill.

Which is why I was able to take this 2022 Volkswagen Jetta GLI and keep pace with some of the Ferraris.

FRANK PRIVITERA: On a day like today there’s a great variation of cars. I mean, we have everything from Porsches to BMWs, Corvettes, all the way up to my 488 Pista. 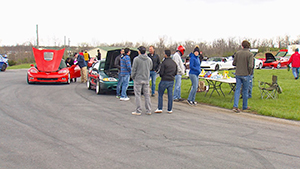 TIM SCHMIDT: It’s like a cars and coffee. You get to see some amazing vehicles and you get to drive. I mean you get to drive as quickly as you can. Me, I’m not so great, but some of these folks, they are very-- it’s incredible what they can do with their vehicles.

FRANK PRIVITERA: I’ll tell ya there’s lots of different ways to get into autocrossing. In particular in this area mostly it’s through the car clubs. But with our car club, it’s The Ferrari Club of America, but you don’t have to own a Ferrari to be a member and we welcome anybody who wants to get involved.

GREG CARLOSS: So, whether you’re seeking a social hobby or just want to exercise your right foot, maybe it’s time to give autocross a try.