Sharpening a knife isn’t rocket science, but it still takes practice. When you’re given a weapon that falls under BMW’s m division, a slip of the hand, or mind, can be even more costly. Yet still, with the help of some legendary expertise, BMW is happy to send you to boot camp. That’s where our over the edge guy Zach Maskell learned how to properly bear their arms. 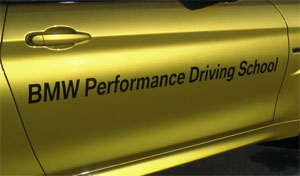 ZACH MASKELL: We’re at school… this one called “Legends at Virginia International Raceway.”

BMW has gathered a very select group of drivers/instructors, along with their cars, here on site. And, they’re studying our every move… all to help us improve our game.

“If anybody’s ever told you – ‘you drive too much.’ Perhaps you need to get that negative person out of your life. Had I ever taken advice like that, well I wouldn’t be doing two days of BMW’s Performance Driving School.”

In 1999, BMW launched their first driver training program in the U.S. near their assembly plant in Spartanburg, South Carolina. Rarely stationary… today we’re at VIR with a driver who has almost 60 years of racing under his belt. We spent time drinking in the knowledge… from Brian Redman.

“We’re riding with a bonafide champion. He has won in both the U.S and internationally, but most notably today, the 1975 12 hours of Sebring in a BMW... how are you feeling driving today, Brian?” 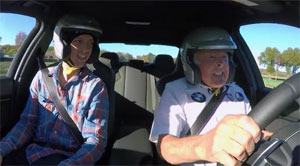 BRIAN REDMAN: “Well alright, really. Surprisingly good. But I’ve never been on this part of the track before so I don’t know what’s coming up.”

ZACH MASKELL: Racing was unbelievably dangerous in the 70’s. Not only would the drivers celebrate a team victory… they’d celebrate the fact that they still had a pulse. 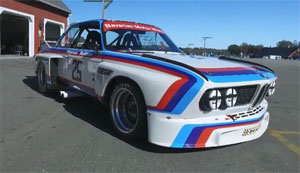 BRIAN REDMAN: “It was the night after the race, when we were still alive, that we had these fantastic parties in which rental cars appeared in the swimming pools, and dining room tables.”

ZACH MASKELL: Seeing Brian memorize his lines after only a few laps… It was easy to see why he’s a member of the Motorsports Hall of Fame. “Legends at VIR” was designed specifically for those with previous track experience.

LUKE LENDON: “It’s fun to see the guys. You learn a lot from the racecar drivers, their experience. They’ve got incredible stories to tell you…”

“Alright guys. So keep your eyes up, make sure you’re always looking through your points of reference. Be smooth on the throttle.” “That looks fantastic.”

ZACH MASKELL: Rule number one when racing. Always keep your eyes up. And while I thought that I had this mastered… I learned on the skid pad I’m not looking far enough ahead! 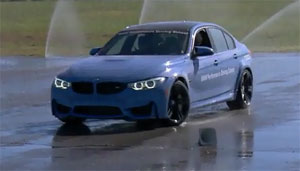 “I love it. This is my fourth M course.”

GREGORY GALDI: “I am completely blown away by the BMW’s today. The M2 is just fabulous.”

DONNIE ISLEY: “Obviously they’re impressed by the horsepower, torque and the acceleration off the corners. But you know, it’s kind of hard to shy away from the brakes on the M3 and M4’s.”

ZACH MASKELL: With Carbon ceramic rotors… we’ll be braking later… and quicker. “Here at VIR the instructors have cut the track into two portions. We’re going to learn the basics, get our clipping points down, and then the second day, that’s when we can really drop the hammer.” 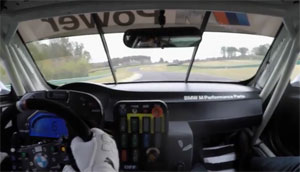 You couldn’t help but feel confident. It’s astonishing to see the magic happen… The pro’s being able to bring out your hidden talent, you otherwise may not have known you had.

“Any other tips for any folks out there that maybe want to grow up to be racers or anything?

“Get a college education and earn some money!”

“Because racing is not cheap. No, it’s not. Even at the lowest level it’s very expensive”

ZACH MASKELL: And you can take that piece of Redman wisdom to the bank!