Home » Features » Over the Edge » #CarPhotography

In the old days of automotive photography being printed in magazines or books was the best way to reach the masses. But, in 2021 that kind of exposure is just a few thumb taps away. Well our resident millennial, Greg Carloss has met up with a photographer who’s had swiping success in the digital age.

GREG CARLOSS: Social media and cell phones have revolutionized the way we create and consume content. Case-in-point, I’m recording this on my phone and there’s a good chance you’re watching it on yours. Well, this revolution has made way for an exciting new wave of automotive photographers. 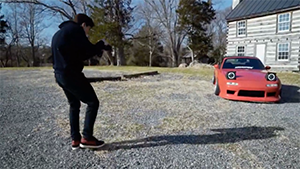 Meet Mace Pilla. Mace Pilla is part of a generation that grew up as social media was rising to ubiquity. So despite being just 21 years old, he’s very much an expert on the topic.

As an auto-enthusiast, Mace is constantly creating car-related content with his friends. He’s a vlogger…

MACE PILLA: Welcome back to the channel guys...

GREG CARLOSS: and a TikToker..

MACE PILLA: I drive a Miata so I have six of these settings. Slow, slow, slow.

GREG CARLOSS: But for him it’s all about the ‘gram.

MACE PILLA: I think Instagram has really started to make the photographer scene bloom. And a lot of my friends here are also on Instagram and really have grown off of Instagram. And we all met each other through Instagram so it really creates this whole photographer community. 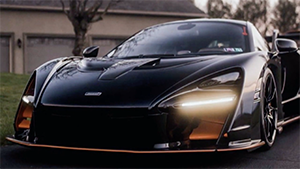 GREG CARLOSS: Instagram has even made its mark on cars themselves...literally. These username decals essentially convert your car into a rolling business card and anyone who sees it can look you up and check out your whole body of work, hopefully leading to more followers and more likes.

BRIAN JENG: Of course the likes and the follows and the numbers all look good, but the success rate comes from people supporting us and sharing our work and saying “yo, that looks great.”

GREG CARLOSS: Even though these guys aren’t in it for just the likes and shares, their photography has attracted lots of them and created connections with car owners who are willing to pay for it.

MACE PILLA: So people will shoot me a DM say “Hey I want to shoot, let’s set something up.” And typically they are paid...I work with Slammedenuff, which is kind of a tuner stanced brand and then I’m also with BagRiders...I do shows for them and also media content for them as well...but a lot of people just want those Instagram pictures.

GREG CARLOSS: But Mace doesn’t just whip out his phone, snap some pics and add a pre-generated filter. He’s invested good money in his camera gear over the years and worked hard to hone his craft. Still, the camera alone, does not make an Instagram photographer. 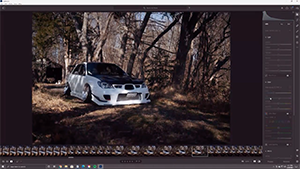 MACE PILLA: A lot of it’s editing...I mean obviously the lens matters and how your depth of field works with the photo matters, but at the end of the day when you get it on that computer and you play with it and make it look the way that your eye wants it to look that’s where the artistry is I think.

GREG CARLOSS: Of course a good subject never hurts. And with this group of gearheads there’s always something new to shoot.

MACE PILLA: Right now I would probably say it’s just a hobby, but it’s leaning more toward a potential career. I would hope so at least. If the opportunity would arise I would definitely take that and it would be an awesome thing for me.

GREG CARLOSS: Every snap of the shutter gets Mace one step close to a career as a professional automotive photographer. And social media just may be the vehicle that takes him there.