There are some things in life you cannot fake. For example, the art of finding, acquiring, and then properly restoring some of the most desirable cars in the world. This isn’t something that’s learned over night. So our Zach Maskell goes Over the Edge with a life-long collector and restorer, who’s familiar with a hard day’s work. 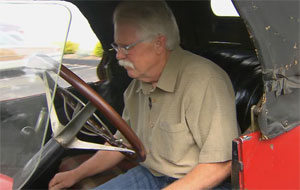 ZACH MASKELL: If I had to bet, I’d say you don’t love cars as much as this guy. If you respect those who cherish often forgotten automotive treasures, there’s a shop… and dealership you need to cruise by.

Addiction. It’s the compulsive need for, or use of a habit-forming substance. That can either be a very good or a very bad thing. Luckily for us we’re at F40 Motorsports in Portland, Connecticut, and we’re about to get a magnificent fix.

Growing up… Wayne Carini was always working… completing any chores his father told him to. At age five, he became chief laborer, helping to restore cars. Now… a lot of time is spent traveling the world, hoping to pick up his next vehicle. His shops are a car nut’s playground, focusing on classics.

WAYNE CARINI: “It’s like Christmas every morning. You know, I wake up and I never know who’s going to call me and what I’m going to find that day.”

ZACH MASKELL: Wayne was hooked at age 9 when he went for a ride in his first Ferrari. Even on weekends… you can find him at a show or auction. In 30 years… he’s never missed Pebble Beach Concours de Elegance.

Television was never Wayne’s intention, but a group simply wanted to follow him around… completely unscripted… and make a show out of it. Going into its seventh season, his show takes you behind the crosshairs… on the hunt for rare and exotic cars.

Judging by his showroom alone… I’m a big fan of Wayne’s taste in cars, like this BMW 507. 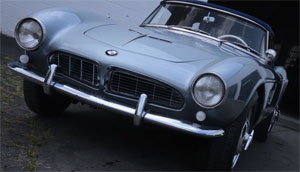 A BMW that never really got much recognition, it’s always been pushed into the corner, and now, it’s just blowing up like wild fire…

ZACH MASKELL: While Wayne may prefer a Ferrari V12… the rumble of a proper V8…just might take second place.

WAYNE CARINI: …you have Mercedes, the big six cylinder cars, you had Ferraris that were V12s… so the V8 wasn’t really an engine other than what the Americans were doing that were really sought after…

ZACH MASKELL: It’s a wonder thinking how demand can change over time. “This 1922 Marmon Speedster came from not a museum, but this is one of your awesome barns finds. Where did you find this?” 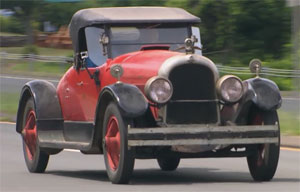 WAYNE CARINI: “This came from New Jersey. A gentlemen contacted me, said he had a Marmon for sale, sent me some pictures, it went back and forth, we negotiated actually for about three months, but I finally went down and saw it and the minute I saw it I knew I had to have it.”

ZACH MASKELL: Dust and dirt? In this case… Wayne loves it.

WAYNE CARINI: “We’re not going to touch this car. And we’re going to bring it to auction and we believe that showing the car as we found it will bring more money than actually cleaning it and painting it again and semi-restoring it.”

ZACH MASKELL: With 40-thousand miles, and only 8 to 10 expected to be alive today… it came as a surprise Wayne seemingly WANTED me to drive it.

“This is officially the oldest car that I have ever driven on the road in.”

WAYNE CARINI: “Is that right? All right!”

ZACH MASKELL: Clutch on the left… gas in the middle… brakes on the right. Yeah… it took a minute for that one to sink in. What also took time, was realizing that Wayne was exactly right. The millennials need all the help they can get. Because the respect for the automobile is slowly dying. He’s got a message for us car guys. 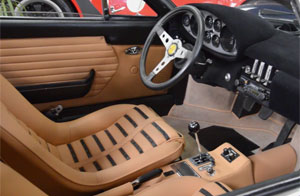 WAYNE CARINI: “If you see a young person walking past your car, ask them if they want to sit in it. Because the minute they sit in it, and they sit behind the wheel and see all those beautiful gauges and that great steering wheel, and then you’re able to start it up and they hear the sound… you’re setting the hook for life.”

ZACH MASKELL: “Ride of your life has new meaning.”

ZACH MASKELL: Thank you so much, that was incredible!

“It’s just a car,” he told me. Yet, passing on the joy of machine is a timeless act Wayne couldn’t stand to see vanish. So remember kids, every new car has a whole life ahead of it. Look closely and you just might find the one you’ll never forget.