Home » Features » Over the Edge » Corvettes in Carlisle

Just follow the American flags and burnout marks… and like our Over the Edge Zach Maskell, you’ll wind up at the world’s biggest all-corvette show. So, let’s tag alone with Zach as he pops hoods on both the cars and the judge’s heads… to get an inside look… at what it takes to drive away with a trophy for best “plastic fantastic”. 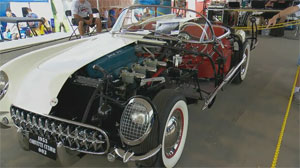 ZACH MASKELL: From this 1953 Corvette cutaway, to the minty fresh, revived Stingray’s of today. The 35’th anniversary of this four-day show… includes burnout competitions, part installs, and special guests… like Reeves Callaway.

“Around 60,000 fans from around the world gather here at Carlisle, Pennsylvania. There’s over 5,000 Corvette’s with every year and model being represented.”

ZACH MASKELL: Although one million vette’s have been made… the holy grail has not been lost. In 1967, GM wanted to build a pure drag and road racing car to compete against Porsche and Ferrari. 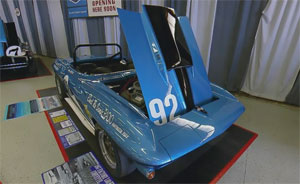 ZACH MASKELL: 20 were made that year… 16 are known to still exist, and 8 are right here. And, I found a common theme around the Carlisle Fairgrounds… no one would even consider selling me (?) their car.

KEVIN MACKAY: “As long as I got my health it’s going to stay with me for a long time. I’m just blessed to have a piece of history like this.”

ZACH MASKELL: With these few worth around $30 million collectively… Even if I had the dough, I can understand why.

“Rags down. Rags down means stop cleaning or you will be disqualified.”

ZACH MASKELL: We’re walking around the best of the best… 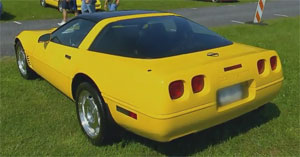 “Looking for fit and finish.”

ZACH MASKELL: …Tasked with determining the winner of each class.

ZACH MASKELL: This owner bought her coupe brand new… then regrettably sold it.

SALLY BISTLINE: “My son found it in a local newspaper. And he said call this number. So I called the number and bought it back. I paid sales tax on it twice. So, the governor loves me.” 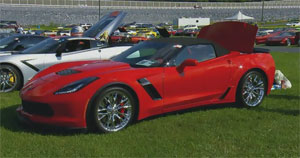 ASHLEY SPANGLER: “So we have a 2016 Stingray here. What’re we going to be looking at and what class is this in?”

“That class is washed and show H.” “What we’re going to be looking at here is basic cleanliness.”

“I brought two today. I have a total of 6 Corvettes. 3 older ones and 3 of the newer body styles.”

“Little bit of water spotting here… other than that it looks pretty good.”

“I’ve got to say you have a pretty good eye for this stuff because I’m not even seeing half of this. It’s just so easy to overlook because you’re so used to seeing it in daily cars.”

“You get a sense of what to look for once you’ve done this a couple times… it comes second nature anymore.”

“We did have a little bit of dirt under there.” 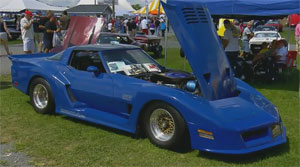 “We did have a little bit… see you’re getting into it. It doesn’t take long.”

ZACH MASKELL: In many of these classes, parts shouldn’t be missing or damaged and pieces that were originally… let’s say… painted shouldn’t be chrome.

“Half a point… because that’s the minimum we can take off.”

“Right, half a point off the little dirt there in the gas cap area.

ZACH MASKELL: My biggest takeaway from the judges? Make sure your parts are right, and especially with so many similar cars like Corvettes at Carlisle, pay attention to the smallest details… and you too may just drive home a winner.