Classic American cars can be found in suburban garages everywhere. And, we see a lot of classics from Europe too. But, what about those hidden gems from the other direction: Japan? You might think importing one would cost an arm and a leg…Well, our Zach Maskell takes us over the edge to prove, you too can own a very special one without selling any body parts.

Today we’re spending time in a legendary Japanese supercar, and we didn’t even have to cross the seas. Instead, we hung out at Japanese Classics in Richmond, Virginia… where they bring the cars to us. They’re a registered auto dealer, but not your usual one. It was here… we caught the Holy Grail… known as…” GODZILLA!!!”

Older cars remind many of simpler times. For me, it was playing Gran Turismo and striving to pilot one of the first race cars I ever knew existed.

“The R32 Nissan Skyline GT-R hit Japanese streets in 1989. One year later, it was on the Japanese Touring Car Championship. And there, in qualifying, it came out and shattered the track record by two seconds.” The Skyline GT-R remained unbeaten for three years… winning 29 races in a row. 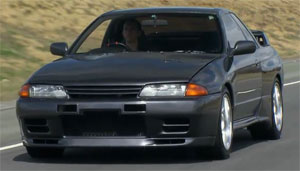 “I think it’s got something to do with the temptation to get that forbidden fruit. A right hand drive car that was never offered in the U.S. This is just bringing so much joy to me. This is a car that I’ve wanted to drive for so long.”

Thousands have risked jail time to bring these and other grey-market vehicles to the U.S. But don’t fear for my well-being. These cars are 100-percent legal and ready for the road.

MELANIE JONES: “It was like buying any other car. You walk in, you look at it, it’s already titled, you just go to the DMV and get it registered...” 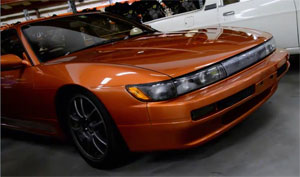 ZACH MASKELL: This is possible because the infamous 25 year ban has come to an end for many desirable cars. If a manufacturer never released a certain car in the States, we have to wait a quarter century for the build date. After that, it’s exempt from federal safety and emissions standards. But it’s still no simple task. This shop takes care of the stacks of paperwork, and you’re left with only one piece of paper.

ZACH MASKELL: Many states allow older cars to be tagged with less restrictions. So, buying a vehicle that’s hard to come by may just be the easiest buying experience you’ve ever had! 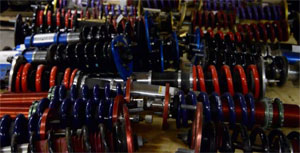 “See the cool thing about the guys at Japanese Classics is that they take these cars out and they make sure they’re ready to be sold. They’re not going to sell you a car that goes out and you take it up to redline once and it breaks.”

Nope. Before these beauties start the journey across the Pacific they’re put under the microscope.

CHRIS BISHOP: “All of our vehicles are inspected by either myself or Tsukasa, in Japan. We test drive the cars, we look over the cars, we make sure that the cars that we buy are the cleanest cars available on the market.”

ZACH MASKELL: We’ve heard of fans paying astronomical prices for a GT-R before the ban ended. Here… the prices are right. Around 22-thousand dollars total for a GT-R. Really! Or around 12-grand for a Sunny Truck like this. And, once you buy, spare parts are right next door. …say you don’t like your motor. They’ve got you covered with a replacement, complete with gauge cluster and video of the engine running before it was shipped here.

Finding clean cars… and showing proof of their history? This is something I’d love to see ALL importers doing. This is too… teaching a customer how to do her first burnout.

“Spending all day next to these amazing machines, it’s hard not to break out your own vehicle at the end of the day and… just let it rip.”