JD: Well, you’ve come to the right place. These tape archives have thousands of great feature stories from Craig Singhaus, Lisa Barrow, Henry Kopaz, Steven Chupnick, and even a few of mine. I’m sure if you look hard enough, I think you come up with some great inspiration. Goodluck!

CS: “Here, try this one. It’s my story of driving the Oscar Meyer Weinermobile.” 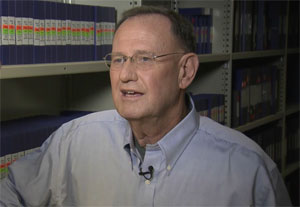 ZM: “Craig Singhaus! What’s going on? What are you doing here?”

CS: “Think of me as the Ghost of MotorWeek Past.

ZM: Last time I saw you, you had a trucker hat and a Camaro t-shirt on!

CS: “I still have that hat! But seriously, whenever I wanted to look for a good story, I would just look for a bunch of guys and gals having a great time with their cars, and then, there was sure to be a great story behind it.”

ZACH: Everyone is well familiar with your Weinermobile story…tell me about that.

CRAIG: Well actually, I drove three generations of the Weinermobile. I drove a 1968, a 1988, and a 1996. And you might say I relished the opportunity.

ZACH: So I know you like to be involved in your stories, rather than just reporting about them…

What were some of the more memorable ones?

CRAIG: Well, the idea was that I did the things that a lot of our viewers would want to participate in. For example, I got to ride in a P-51 Mustang fighter plane. One time, I kind of rode in the Goodyear blimp. It was actually a really windy day, so we were only about 25 feet off the ground. But hey, I was riding in the blimp!

ZACH: Right right right…Any stories that really hit home for you, that you got personally attached to?

CRAIG: Well, I’ll tell you, back in the late 1990s, I actually went back to Normandy, France and retraced the steps that the Allies took during the Normandy invasion in 1944. It was a real life changer for me…rekindled my interest in history. 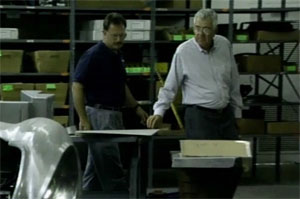 ZACH: You must have met some pretty incredible people along the way…

CRAIG: I tell you, some of them were famous, and some of them weren’t. Some were just people who loved cars. But probably the one guy that really sticks out in my mind? Well, ever since I was a little kid, I always idolized Carroll Shelby. And it was the biggest thrill of my life to be able to hang out with him several times. He used to say, “Hey, call me Carroll.” And I used to say, “Yes, Mr. Shelby.”

ZACH: It seems like a recurring theme that you always had fun first in your segments.

CRAIG: Well, nobody got rich, so the idea was to have as much fun as you could possibly have. And what’s not to have fun with? Great cars, great people…it was a terrific time. Remember, have fun fun fun, ‘til John Davis takes the T Bird away!

LISA BARROW: Hey wait a minute, he didn’t have all the fun! 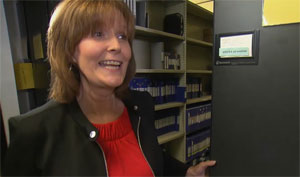 ZACH: Lisa Barrow! I was just talking to Craig, and I don’t know where he went. How are you?

LISA BARROW: Great! It’s good to be back here.

ZACH: Ok, so how about you? Where did you get your story ideas?

LISA BARROW: You know, if it involved adventure, and seeing the world, I was there. And usually that involved off road events and things, so had a pretty good time going to places like Australia, where I got to learn to drive in the sand for the first time. Mongolia and Morocco… you know Morocco was probably the first off roading event where I really thought, “whoa, I am not in Kansas anymore.”

ZACH: Well that always makes for some great video.

LISA: It was crazy…learned a lot though.

ZACH: So how about the people? Who did you come across on these trips? Anybody memorable? 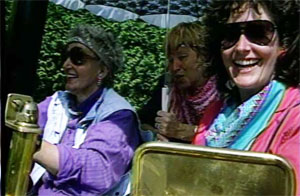 LISA: You know…I would have to say…and there’s a lot…Denise McCluggage…was amazing to spend time with her. Actually, one of my first stories going overseas was with Denise. It was the Burde Benz rally. I got to share a car with her. And it was a 1912 Mercedes-Benz Wagon if I remember correctly. And that thing was so hard to shift. It’s got the shift outside the door, And I had to use two hands to do it, it was incredible. But Denise, she got into it, and she just did it. And I really saw her competitive side. It was very impressive.

LISA: Oh yea! I remember the tank story. It was one of those things where we went up to Aberdeen Proving Grounds…

LISA: Yea the Abrams M1A2 Main Battle Tank! And I’m crawling inside this thing thinking, “What am I doing in here?”

LISA: Exactly! Yea, that was a lot of fun.