Home » Features » Over the Edge » Radwood 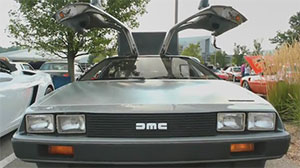 There was a time when righteous cars we parked outside Blockbuster. Back when neon sunglasses and analog dashboards were totally happen’en. Our Zach Maskell has found a way to go Over the Edge and back to that time, where one can surround themselves in wicked nostalgia.

ZACH MASKELL: Tents blocking the sun from hitting the infield grass. Drivers protecting them on the 2 and a half mile track like crocodiles in a moat. Visitors – calling this castle home for three days. We’re escaping reality at Gridlife South – hosted at Road Atlanta. High speed, music, drifting and ecstatic energy in the air. On top of that – a car show that vows… to keep it weird.

ZACH MASKELL: We have found RadWood. Celebrating bright colors, big hair and the wedge shaped looks of the 1980’s and 90’s, let’s go… back to the future. 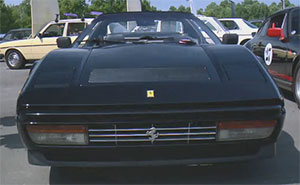 ZACH MASKELL: While cars of this era like a Porsche 944 or Oldsmobile ninety-eight diesel may not be regarded as the most attractive by the general population, a lot of us oddballs still lust after these gnarly rides. Some being “cars of future,” traces of which can still be seen today.

ZACH MASKELL: Armed mainly with pencils and clay, designers created an entirely new stage in the progression of the automobile.

BRADLEY BROWNELL: There’s been a lot of these cars that didn’t have a place to go. Where would you see a two tone Accord? At a hot rod show or something like that, They’d be like get out of here. But we wanted to have a show where people could bring that out, be part of the experience. 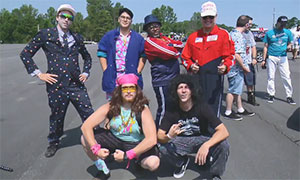 ZACH MASKELL: With the rad clothing, and wicked schweet interiors… it seemed impossible to keep this show from spreading all the way from its roots in San Francisco.

SUPER DAVE: I saw this on Facebook with the California group and I’m so glad they brought it. I drove up from Florida to get here and camped last night next to my Miata. That was a first.

ZACH MASKELL: The 70’s being the pinnacle of the wedge shapes, many of these became a bit softer and more rounded. With fuel injection introduced – these choice rides could be driven far without having to worry about adjusting the carburetor. This one, being daily driven to this day.

MACHO MAN: The 80s and 90s cars, they’re definitely different styles than most cars. I like this one in particular because it’s boxy, has nice sharp edges on it. The front has the four headlights, no cars have that now.

ZACH MASKELL: I’ve never seen one of these before. A mid-engine, rear drive, 1992 Honda Beat, imported from Japan. 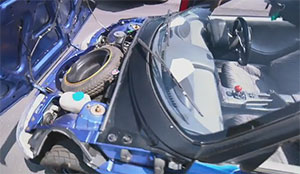 Take this off. You’ve got paneling. That’s how you pull all of your intake off. Then you’ve got to come around. So right down in here is your engine cover. It’s just 4 bolts holding this thing down. Pull it off and your engine is sitting right in there. It’s transversely mounted and it’s actually as hard to work on because it’s three cylinders.

This rad 63 horsepower Kei car was the last one ever approved to be road worthy… by Soichiro Honda. 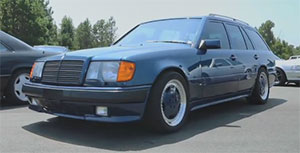 ZACH MASKELL: Hammer is pronounced the same in both English and German. This 1987 Mercedes-Benz surely speaks to all. Taking home “best in show,” The only 6-liter AMG Hammer Wagon ever produced.

It’s tough to appreciate all makes and models when new… but as time marches on – you find you miss the few thousand dollar Subaru, just as much as the tuned 6-figure Porsche.