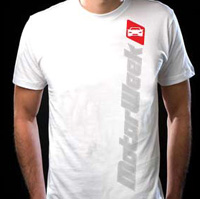 In episode 87, John Davis and the MotorWeek crew discuss the KIA Sorento, Chevrolet Impala, Fiat 500L, and the Volkswagen XL1. Plus, they debate whether the all-new Chevrolet Impala is really that good. Panelists include Road Test Producer Ben Davis, Assistant Producer Greg Carloss, and writers Brian Robinson and Patrick Lucas.

In episode #69, John Davis and the MotorWeek crew discuss debuts at the New York Auto Show. Plus the winner of the $16K Subcompact Shootout, and reviews of the Fisker Karma, Audi TT RS and the BMW 3-Series. Panelist include, writer and reporter Brian Robinson, reporter Steven Chupnick and associate producer Ben Davis.

In episode 47, John Davis and the MotorWeek gang rate Lincoln's makeover of the MKX and the exclusive BMW 335is, plus the debate whether Hyundai should launch a separate luxury brand. Panelists include road test producer Brian Robinson, associate producer Ben Davis and road test writer Ben McAllister.

In episode #45, looking back on 30 years of MotorWeek. John Davis and company share their thoughts about the thousands of cars reviewed -- the good, the bad and the ugly. Panelists include road test producer Brian Robinson, reporter Steven Chupnick and writer Shamit Choksey.

In episode #42, John Davis and the MotorWeek gang give their impressions of Nissan's stylishly small crossover - the Juke, Mitsubishi's entr