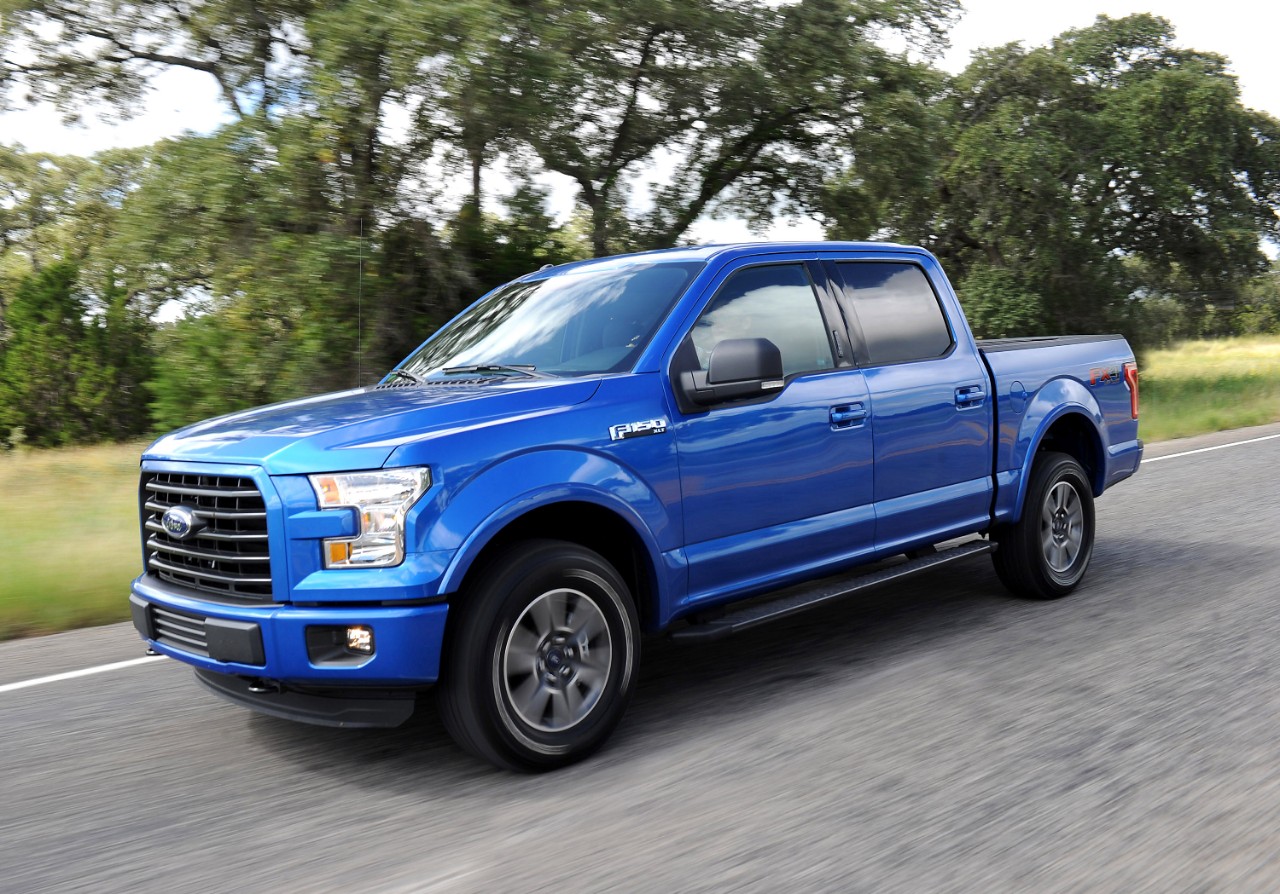 When you build the bestselling vehicle in the land for over a generation, all major changes need to be done with care. But, being careful does not mean playing it safe. At least, not if you are the Ford Motor Company and the vehicle in question is the F-150 pickup truck series.

By now you’ve likely heard that the 2015 Ford F-150 is not just all-new in design, but it is all new in how it’s made, as the first pickup truck with an all-aluminum body. Make no mistake, this is a huge risk for Ford. But, the reward is being able to shave up to 700 pounds off the weight, and boost fuel economy to new heights.

Ford is no stranger in gambling with their top seller. Just a few years ago they placed a big bet that American truck buyers would embrace a twin-turbo V6 in a full-size pickup, rather than a traditional, fuel thirsty V8.  They won big on that one, and are now doubling down with an even smaller twin-turbo-6, a 2.7-liter, with 325-horsepower.

After our first outing we can say that the new 2.7 feels solid, with no noticeably turbo lag. It works well with the 6-speed automatic transmission, even when the standard automatic stop/start kicks in.

As for that aluminum body, it doesn’t radiate quite as much space-age masculinity as the Atlas auto show concept, but it comes pretty darn close. The grille is larger, naturally, and hi-tech, crystal clear LED headlamps are available.

On profile the signature drop notched front window carries on above fairly traditional sheet metal sides. However, like most trucks, things look cleanest from the rear.

But, the infusion of technology and lighter curb weight of the new F-150 do not come at the expense of usefulness and being “Ford Tough”. The 2015 F-150 tows up to 12,200 pounds, or carries up to 3,300 pounds of cargo. Both figures are class best. Perhaps most important of all, no matter which engine is under the hood, from behind the wheel, the truck itself still feels super rugged as the frame remains all-steel.

While the interior design is very evolutionary, materials have certainly taken a turn for the better, and there are plenty of big knobs and buttons.  An available 8-inch productivity screen in the instrument panel takes the available info to a new level, including detailed towing and off road status.  Seat comfort is good up front, and there is more of both leg and hip room in the rear.

For a comprehensive Road Test of the 2015 Ford F-150, be sure to catch MotorWeek episode #3411 that begins airing on November 14, 2014. For a complete listing of the public television stations that broadcast MotorWeek, go to motorweek.org and click the “About The Show” tab at the top. MotorWeek is also seen Tuesday evenings on the Velocity cable channel.

While Chevrolet and Ram have been chipping away at F-150 diehards in recent years, Ford didn’t become the undisputed king of pickup trucks by playing it safe.  With the launch of the 2015 F-150, Ford has raised the pickup bar enough that it will have rivals playing catchup for many years to come.