Given the fast rising tide of demand for utility vehicles of all stripes, it was perhaps inevitable that Jaguar would take the plunge. However, in their case, it’s clearly more of a leap as the resulting F-PACE midsize crossover is one of the most captivating Jaguar’s in the seventy-one year history of the brand. 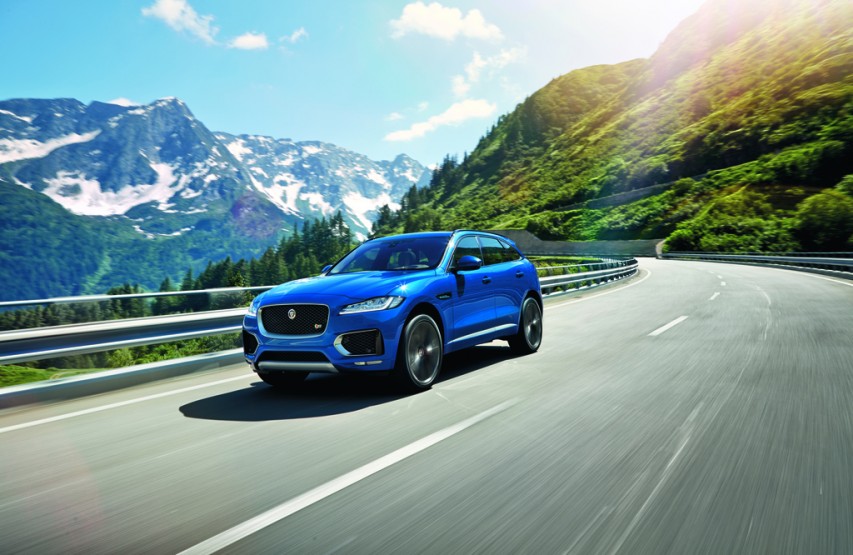 A Jaguar utility vehicle, as implausible as it may sound, is not really a stretch. After all, Jag’s been partnered with Land Rover since Ford bought the pair in 2000. And during that time, SUVs from luxury brands have gone from a rarity to a necessity.

But, the F-PACE is no badge-engineered Land Rover product, although that would have been largely acceptable. Rather, it is based on Jag’s own XE/XF sedan chassis for a truly new product.

More expectedly, both the structure and most body panels are aluminum, and the styling is fantastic. The familiar grille tells everyone what it is; while the big wheels, with big brakes behind, clue everyone in on its performance potential.  From stem to stern, it looks exactly like you might expect a Jaguar crossover to look like.

Powertrain options include a pair of strong, supercharged 3.0-liter V6s, a 340-horsepower version, and a 380-horsepower unit in the even sportier S. Plus, a 180-horsepower 2.0-liter I4 turbo-diesel. All F-PACE’s use an 8-speed automatic transmission, with standard all-wheel-drive.

Our initial outings revealed a very familiar Jaguar feel, smooth and willing. The F-PACE is also one of those rides that feels faster than you’re expecting, even when you know it’s going to be fast.

On the inside, the F-PACE layout is similar to the XE sedan, but materials are a welcomed step above.  And we’re glad to finally see an infotainment system worthy of the brand: Jag’s new InTouch Pro features a 10-inch tablet-like interface.  Front seats have substantial bolstering, but also very good comfort and tons of adjustments. There’s plenty of utility as well, with decent rear seat people space, and 33.5 cubic-ft. of seat-up cargo room. 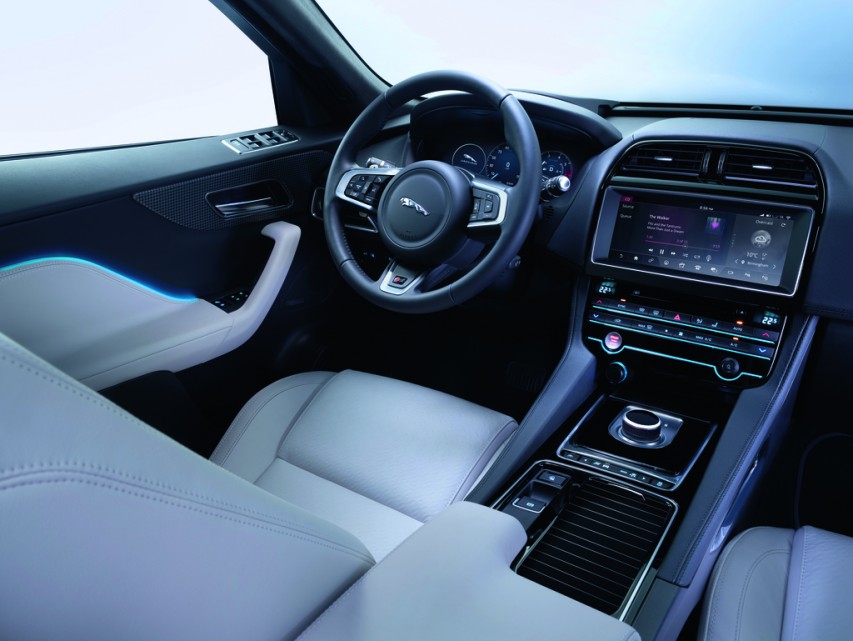 For our complete test of the 2017 Jaguar F-PACE, be sure to catch MotorWeek episode #3608 that begins airing on October 29, 2016. For a complete listing of the public television stations that broadcast MotorWeek, go to motorweek.org and click the “About The Show” tab at the top. MotorWeek is also seen Tuesday evenings on the Velocity cable network.

With the F-PACE, Jaguar now has the broadest product line in their history. While it is a late bloomer, the F-PACE performs on par with anything in the luxury utility class. That makes the 2017 Jaguar F-PACE a new strain of all-traction, all-road feline that no predator can take lightly.