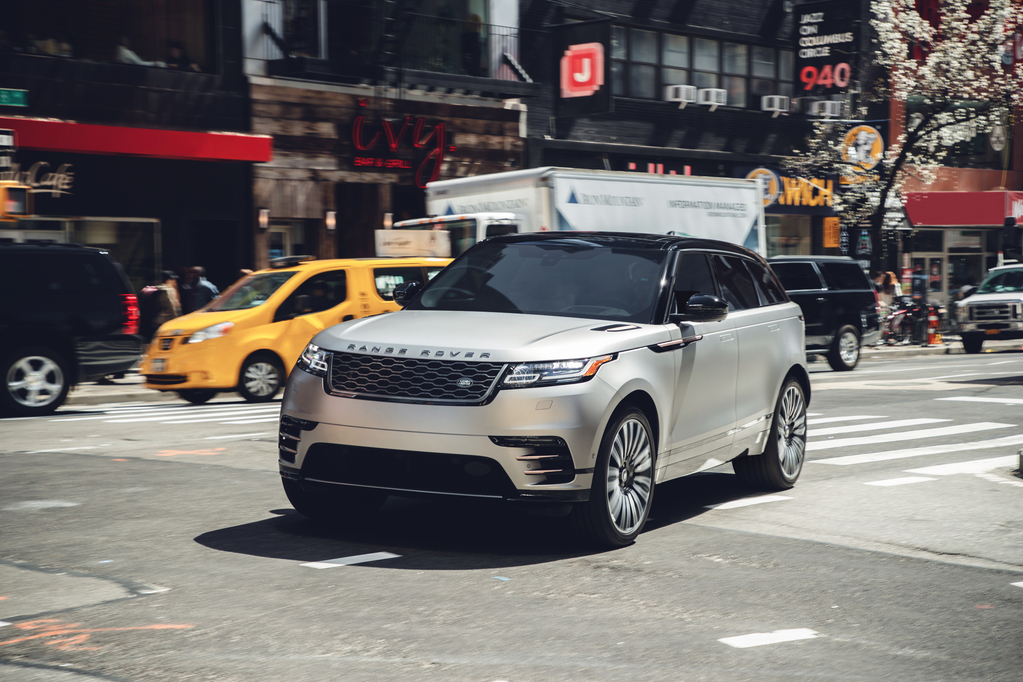 When Jaguar entered the SUV world with their F-Pace, most auto writers raved about the excellence of their mostly-all-new design. After all, they could have simply rebadged a utility from their corporate cousin Land Rover. Now, as it turns out, it’s Land Rover doing some reverse engineering, with a new crossover utility based on the F-Pace, the Range Rover Velar.

If you’re not a Land Rover enthusiast, you might wonder where this 2018 Range Rover Velar fits in the lineup. Well, it’s a true midsize entry, slotting in between the larger Range Rover Sport and compact Evoque.

Engine choices are in step with the Jaguar F-Pace; 2.0-liter turbo-4s, one diesel one gas, and a 3.0-liter supercharged V6. All work with an 8-speed automatic transmission.

While Land Rover engineers did indeed start with the bare bones of the Jag F-Pace, including maintaining its stock wheelbase, from there they created an all-new Range Rover. There is no obvious resemblance to the F-Pace. There are, however, plenty of styling cues from other Land Rovers, including a trendy floating roof design.

Extra emphasis was put on off-road performance as well. So, in addition to standard all-wheel-drive, the Velar is available with Terrain Response 2, and gets an electronic air suspension setup not on the F-Pace.

While some handling prowess may have been lost in the process, as the Velar doesn’t feel quite as light on its feet as the F-Pace, ride quality is truly sublime.

Of course you’re well-swaddled in Range Rover luxury no matter where you drive. There are numerous leather packages to cover the supremely comfortable front seats.

They face Land Rover’s new InControl Touch Pro Duo with twin 10-inch touchscreens. With few traditional physical controls, it can be intimidating when you first hop in, but it’s a mostly-logical setup.

Rear seat passengers don’t miss out on the luxury treatment either, as overall people space, as well as cargo room, are among the best in class.

For our complete road test of the 2018 Land Rover Range Rover Velar, be sure to catch MotorWeek episode #3724 that begins airing February 16, 2018. For a listing of the public television stations that broadcast MotorWeek, go to motorweek.org and click the “About The Show” tab at the top. MotorWeek is also seen Tuesday evenings on the Velocity cable network.

Land Rover has been building posh off-roaders for longer than everybody, so it’s always good to see what they’re up to next. Now it’s up to the rest of the luxury SUV segment to try and keep up with the Velar.