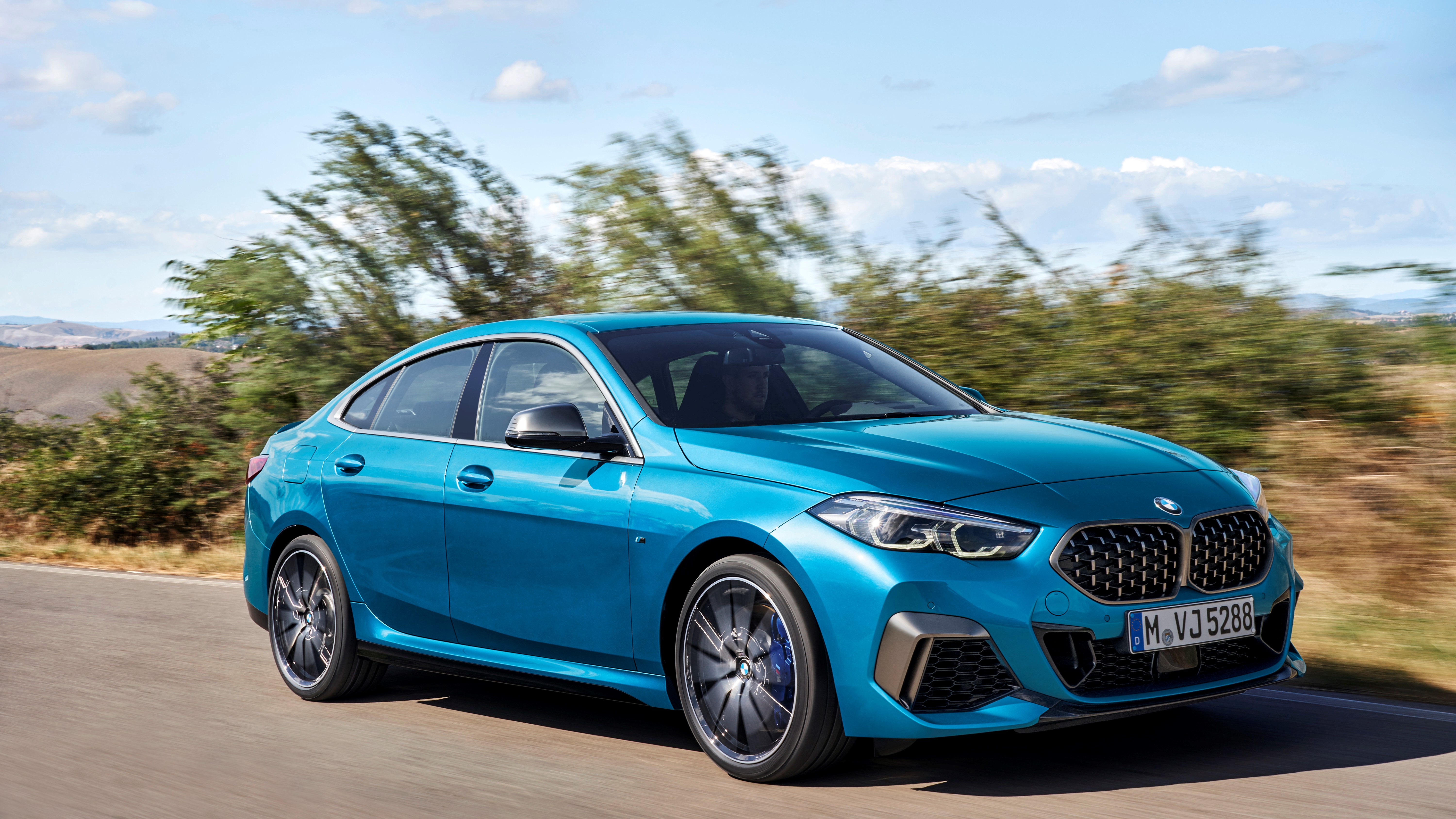 We end our MotorWeek Car of the Month series for the 2019 calendar year with a small but dynamic European import, the BMW 2 Series Gran Coupe.

Now, if you are not sure exactly what a 2 Series is, you can be excused, since it use to be known as the 1 Series. That was before BMW went with an even numbers for coupes naming strategy. Therefore, the BMW 2 Series history is a relatively short one, only being in the U.S. lineup since 2014. But how we arrived at our test 2020 BMW M235i xDrive Gran Coupe is a much longer story.

We have to go back to when the 1 Series Coupe arrived on our doorstep for 2008. One drive and it instantly reminded us of our favorite entry-level Bimmer of all time, the 1995 318ti 3-door Coupe. Back then, for $20,000 you got the full BMW experience; flawless handling, sharp power steering, and minimal front plow. It was a real gem; the prestige of a BMW on a working person’s budget.

Now, BMW has done more than just change the name from 1 Series to 2 Series. They’ve added 2-more doors, making not a sedan, but a Gran Coupe. So, despite actually being a sedan, it’s still called a “coupe” since frame-less window styling still favors a hardtop coupe more than a typical sedan. Stay with me here.

Moving on, a 2.0-liter turbocharged 4-cylinder engine is now unusual these days by any means, though ones that put out more than 300-horspower are certainly more of a rarity. Our M235i cranks the turbo up to make 301-horsepower and 332 lb-ft. of torque.  An 8-speed automatic is your only transmission option.  Impressed?

By the way, there is a base 228i xDrive as well; with a bit less content, and 73 fewer horsepower.

Now to us, and apparently BMW as well, being called a “Gran” coupe should also indicate more of an upper crust experience over the typical sport sedan. So, to make that transformation solid, BMW felt it’d be best to utilize the X1 SUV’s front-wheel-drive based chassis to underpin it, not the 2 Series Coupe’s rear-drive one. With that, xDrive all-wheel drive is standard.  What that means to you and me is, a very solid and playful foundation for a sport sedan, or in this case a Gran Coupe.

Inside, it’s all about getting maximum screen time. There are 10-inch screens for both the digital instrument cluster and the dash-top iDrive touchscreen, plus there is a big 9.2-inch head-up display reflected on the windshield. Being a midlevel M Performance model, buyers also get nice-looking, comfy, and supportive red M Sport Seats; as well as a small, thick-rimmed M steering wheel that felt great in our hands.

All of that is in addition to actual performance upgrades like sport suspension and M-Sport brakes.  And it is a real blast to drive; making quick and easy work of our slalom course.  You can really throw the car around, as it responds quickly to inputs.  There’s virtually no body roll, and balance is great as well, enabling you to find both understeer and oversteer depending on vehicle speed and intensity of your inputs.

We found good power right off the line. Now this little BMW won’t throw you back in your seat, but power is consistently delivered. There’s a nice little exhaust growl too, though some of the sound is simulated as part of BMW’s Active Sound Design.

For our complete road test of the BMW 2 Series Gran Coupe, be sure to catch MotorWeek episode #4014 that begins airing December 11, 2020. For a listing of the public television stations that broadcast MotorWeek, go to motorweek.org and click the “About the Show” tab at the top. MotorWeek is also seen Tuesday evenings and Sunday afternoons on the MotorTrend cable channel. The show can also be streamed on PBS Living through Amazon’s Prime Video.

The “Gran” experiment has worked fantastically well for BMW; providing unique style to go along with increased performance, to create a different vibe from the traditional sport sedan. Now, with the 2020 M235i xDrive Gran Coupe, BMW has spread the wealth to a more obtainable model. Indeed, ain’t life gran!