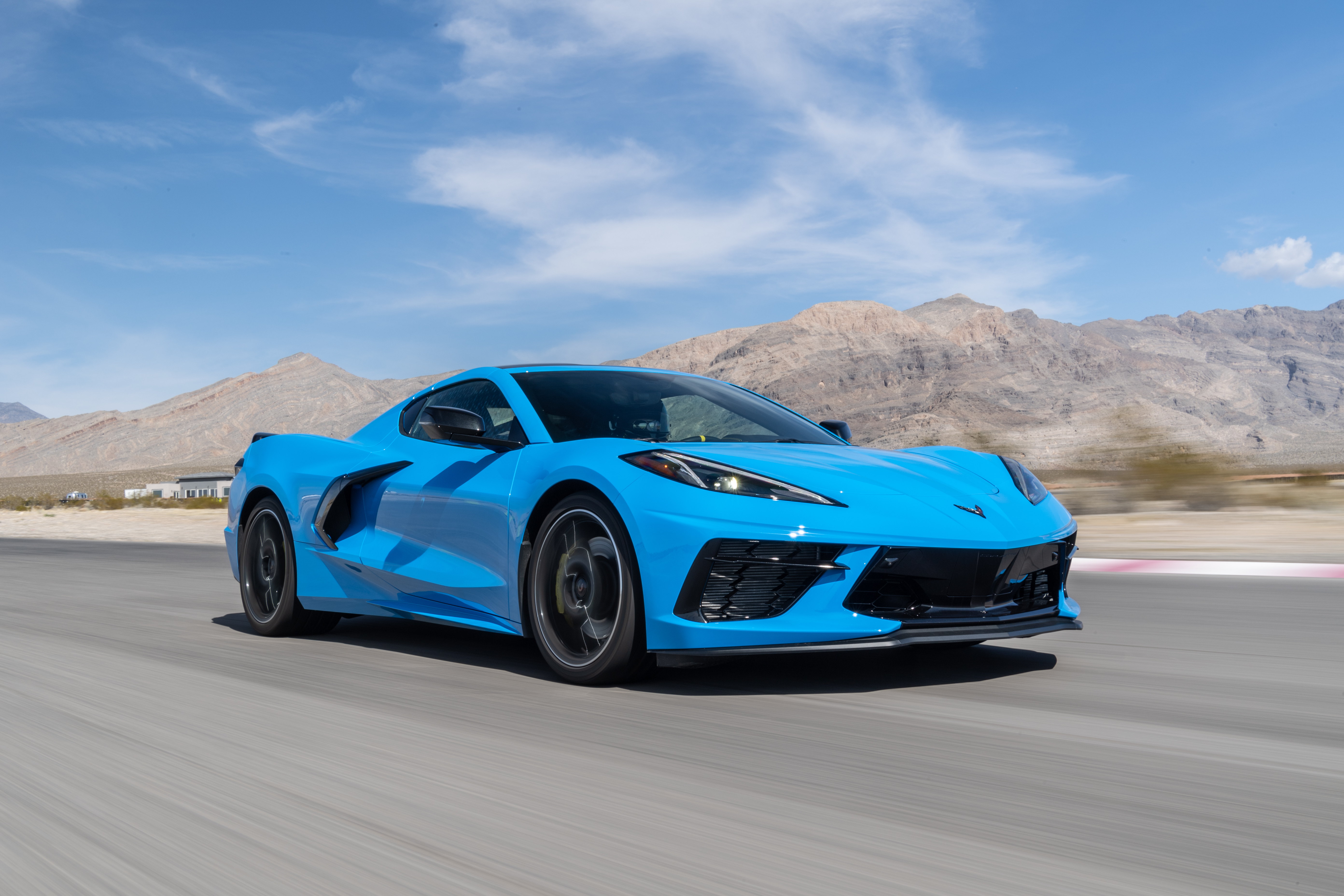 It will surely come as no surprise that our MotorWeek Car of the Month is the 2020 Chevrolet Corvette Stingray. The all-new C8 is first production rear mid-engine Corvette in history. The new Stingray has been consistently delayed arriving at dealers by recession, bankruptcy, strikes, now a national health crisis. Still, the media has had ample experience behind the wheel on both company sponsored street and track drives to get a full sense of just how important this car is to Chevrolet and the Corvette legacy.

But first, let’s dispel some misconceptions you may have heard about the C8. Despite the retoric, this is not the first retail mid-engine Corvette. Most recent Corvettes, including the outgoing C7, have placed the engine just behind the front axle. That, technically, is a mid-engine car. But this is the first production Corvette to have the engine mounted amid-ships, behind the driver, the colloquial definition of mid-engine.

Second, that engine shift did not make the Corvette any smaller; every dimension except for height has actually increased. It weighs more too depending on equipment. The short/long arm double wishbone suspension is largely the same in front and rear, but now features genuine coil-over shocks in place of the old Vette’s transverse leaf springs, which makes everything much easier to adjust than before; truly a plus for track day enthusiasts.

There are 3 different suspension options. The basic SLA setup, the Z51 handling package, which gets firmer tuning and adds manually adjustable spring seats, and of course you can add Magnetic Ride Control on top of that.

Still, despite the rest of the car finally making it into the 21st Century, this Vette is still powered by a pushrod V8, although it is an incredibly modern one. The new LT2 6.2-liter small block outputs a maximum of 495-horsepower for now, but more powertrain options, including electrification, are undoubtedly in the wings. Down river from there is a new 8-speed dual-clutch transmission, with paddles mounted on the steering wheel as well as toggles and buttons on the center console for drive, reverse, and park.

The LT2 deliver fierce acceleration never before attained in a standard Corvette. Thanks to that engine cranking away directly behind you, with some 60% of the car’s weight now pushing down on the substantial tires, 60 miles-per-hour arrives in just under three seconds.

Handling is what spurred the shift in engine placement of course, as engineers felt it was time to be on the same playing field as its exotic priced rivals.

It only took a few laps around the track at Nevada’s Spring Mountain Motor Resort to appreciate how the Corvette’s entire dynamic has changed. The car’s center of gravity now sits right at your hip, so you can feel the car pivot more responsively. Steering is sharper, brakes are grippier, and the C8 dances from apex to apex. It’s easily the most fun, dynamic Stingray yet.

Still, despite the drastic change in architecture, it retains a strong family resemblance to the C7 Corvette. The face has a very familiar shape, with the headlights mounted on top of the fenders as before. There’s much less hood up front of course, and more of a canopy look to the steeply raked glass. At the rear, you’ll find the customary high-mounted tail lights, but there is way more angles and openings than before; and the paired-up exhaust tips are now pushed out to the corners.

The interior vibe seems at home as well, but the look and feel of things has improved greatly. The biggest departure is a new slender rising console that separates driver and passenger and houses a long row of ancillary controls. There are a pair of screens for delivering information, both pointed at the driver. The new steering wheel does has a squarish shape that will take some getting use to.

For our complete road test of the 2020 Chevrolet Corvette, you can watch it here on our YouTube channel. For a listing of the public television stations that broadcast MotorWeek, go to motorweek.org and click the “About The Show” tab at the top. MotorWeek is also seen Tuesday evenings and throughout the week on the MotorTrend cable network.

Clearly, the 2020 Chevrolet Corvette Stingray is the best base Corvette ever, and at a base price of under $60,000. To put that in perspective, that’s about a third of the price of a moderately well-equipped European rival. So, there you have it, a new Corvette day has dawned, with any limitations on America’s premier sports car now pushed well over the horizon.