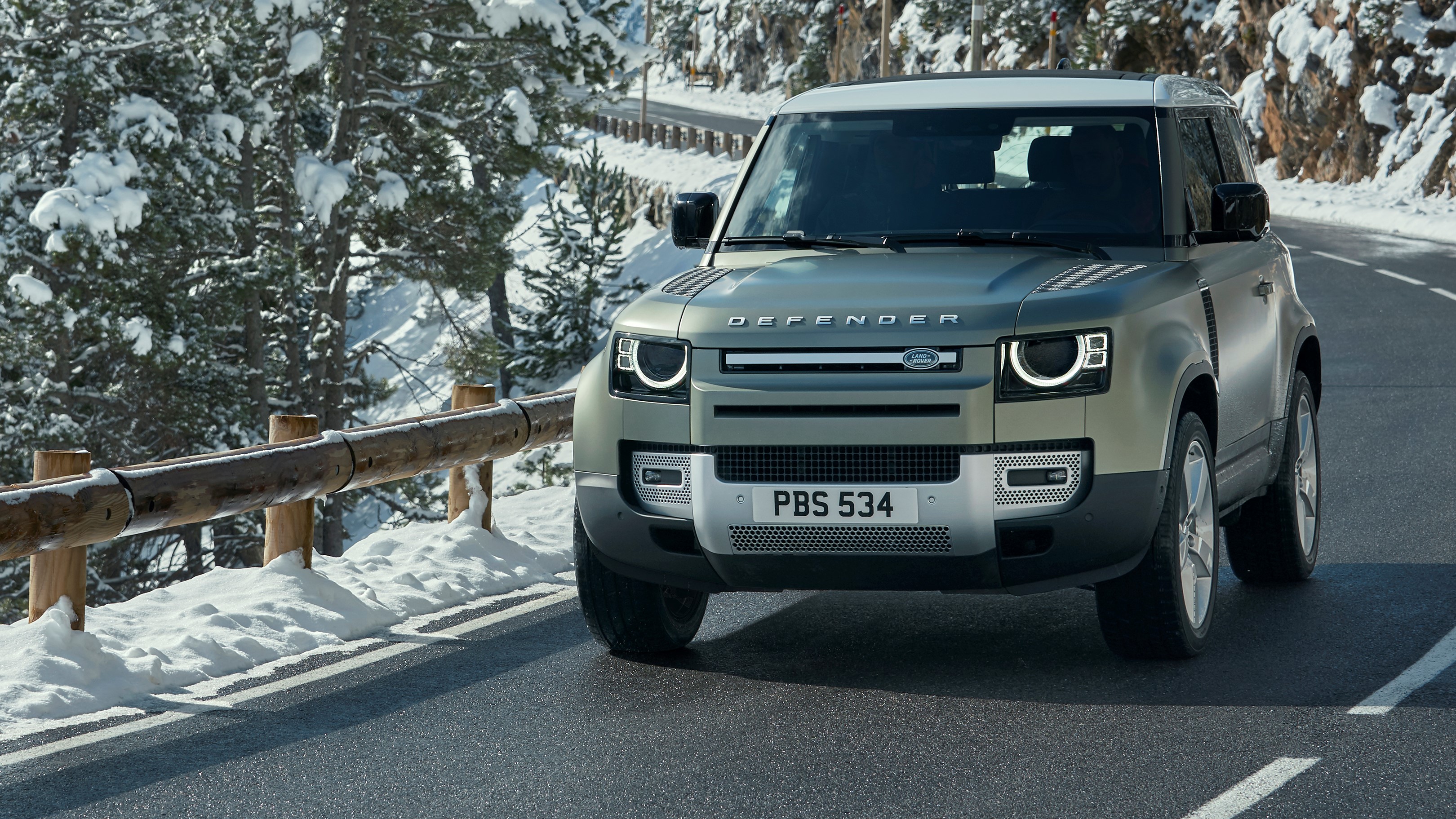 The Land Rover Defender is quite possibly the world’s most iconic 4X4. Yes, that means even beating out our home grown Jeep Wrangler. Around the globe the Defender has proven itself just as adept at desert crossings, as it is at forging rivers, and navigating mountain passes. But, now arrives an all-new Defender, re-imagined for the 21st century.

As is tradition, there will be two versions, a 4-door model 110, and a shorter wheelbase 2-door 90 which will arrive later this year.

MotorWeek has literally been around the world in Land Rovers over our last 40-years, but of course since the 1990s we’ve mostly been in a Defender.  And the last time we were in a 110, it easily surmounted every obstacle we threw at it; yet remained easy to drive in even the toughest of conditions.

After our initial test drive, we felt much same about the new 110; soaking up off-road lumps like a Jag on the freeway. Helping the new Defender work its backwoods magic is a 2-speed transfer case, locking center differential, and an active rear locking diff. Plus an updated Terrain Response 2 traction management system with a new Wade Sensing feature, along with Configurable Terrain Response to dial in the exact kind of assistance you’re looking for.

There are multiple settings to choose from, but we mostly just left it in auto and it seemed to figure things out on its own just fine.  Our tester’s 20-inch tires struggled a bit for grip in the sloppiest mud; yet the Defender never got us stuck, or even lost momentum really.

The Defender’s new all-aluminum architecture is the stiffest body structure Land Rover has ever produced.

Land Rover claims it’s 3 times more rigid than any body-on-frame utility, which allows the fully-independent suspension to do all of the work. It’s plenty impressive on the road as well. Indeed to us the overall ride was better than other large Land Rovers and even Range Rovers that we’ve tested recently, despite the 20-inch wheels.

Standard engine is a 296-horsepower 2.0-liter I4 turbo powertrain. Optional is a 3.0-liter I6 turbo with a 48-volt mild-hybrid setup that produces a total of 395-horsepower. Combined with the 8-speed automatic, the six moves the 110 to 60 mph in under 6-seconds, and allows for towing a stout 8,200-lbs.

Just as much has changed inside, while not sacrificing durability or practicality. Indeed, the fully digitized, driver changeable instrument display, leather seating, and other luxury amenities on our SE tester would certainly be foreign to 1990’s 110 owners.

It’s really a unique space, which we always appreciate; and we were even more thrilled to see a new Pivi Pro infotainment system. Yes, it is a weird name, but far more user-friendly than Rover’s previous setup. Seating areas up front and in back are surprisingly roomy; and there is a 2-place 3rd row option if you need it.

For our complete road test of the Land Rover Defender be sure to catch MotorWeek episode #4020 that begins airing January 22, 2021. For a listing of the public television stations that broadcast MotorWeek, go to motorweek.org and click the “About the Show” tab at the top. MotorWeek is also seen Tuesday evenings and Sunday afternoons on the MotorTrend cable channel. The show can also be streamed on PBS Living through Amazon’s Prime Video.

First and foremost, fans should be happy to know that despite the modern looks, the 2020 Land Rover Defender still hauls the goods when it comes to off-road performance.  Yet, the rebirth of this British Empire legend, has delivered more than just go-anywhere ability combined with British sensibilities. It is a new Defender for a new age, equipped to take you on whatever adventures you have in mind, whether it’s around the block, or around the world.