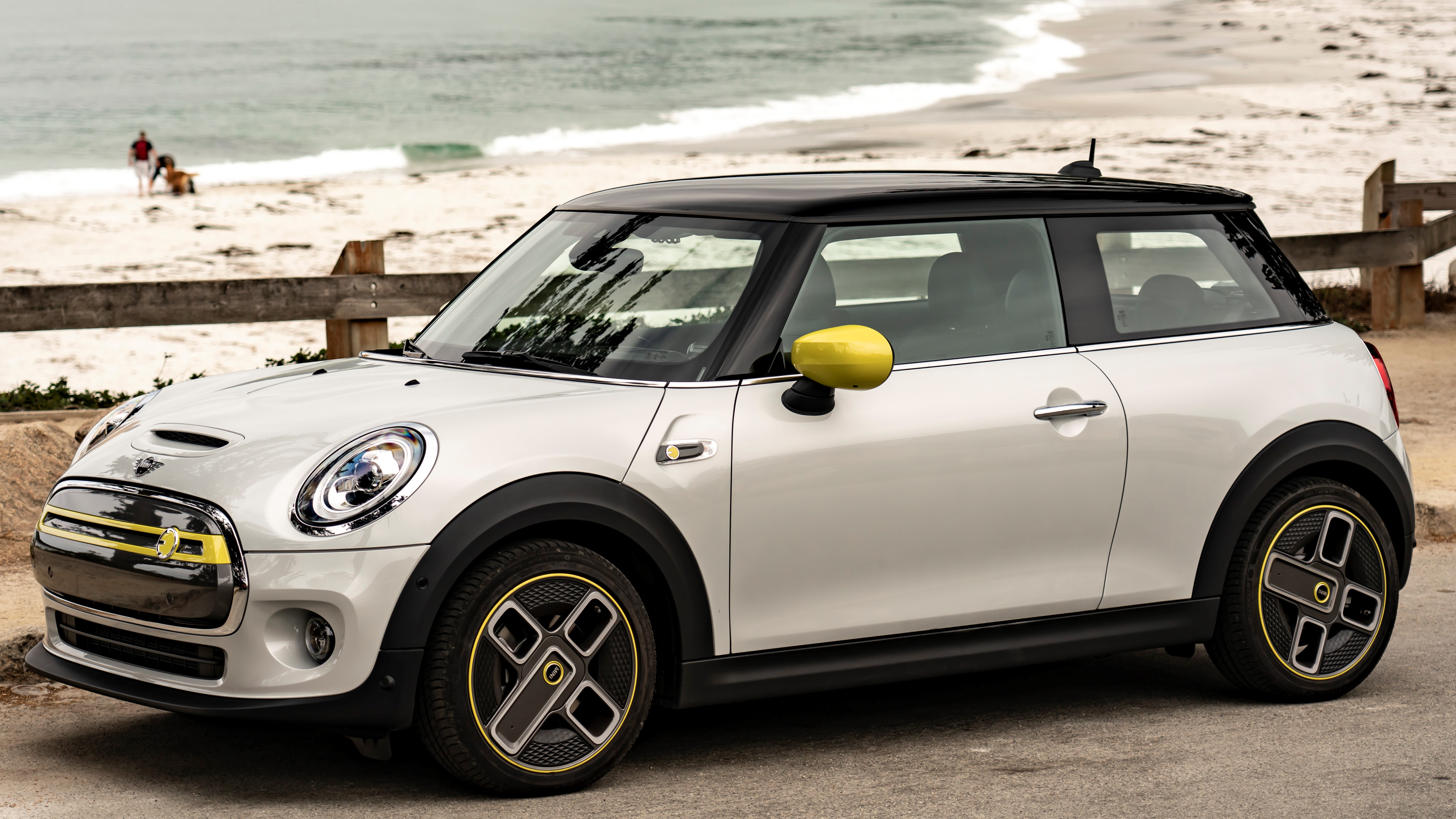 The Mini brand has finally gone electric for real with the 2020 Mini Cooper SE. Now, it’s actually not the first Mini EV we’ve driven, as we spent some time in this Mini E 10-years ago during our 30th season.  That was a limited release of just 450 lease-only cars here in the states; but we felt it was the most fun green car we’d driven yet, extremely pleasant, with a nice flutter-like electric sound coupled to good throttle response at all speeds. Back then we were pretty sure that there’d be many more to follow. Well, it has taken until now, for this Cooper SE to finally bring the brand into EV primetime.

We’re not entirely sure what took so long, as it’s not a new chassis, but a modified version of the current Cooper S.  And the electric motor that powers it, comes from the BMW i3; mounted up front right where the gas engine would be.

But, since battery placement was not a part of that original design, Mini engineers were left with fitting them wherever they could, mostly where the fuel tank and transmission would be. So, space was limited to only 32.6-kWh’s worth, which means only 110–miles of range; not much more than that original Mini E.

While that may be lower than what we’d like to see, there’s no denying the transformation has driven the Mini fun-factor higher than ever; which is why most people buy a Mini in the first place.

So, even though you can’t venture too far afield, darting in and out of urban traffic is still a joy.  Same single-joint spring strut suspension up front and multi-link rear as in the Mini Cooper S; with unique tuning of course. Therefore, there is lots of feedback from every aspect of the car, and even more heightened throttle response than with a gas engine.  It’s every bit as engaging, if not more so, than the Volkswagen eGolf. And that’s saying a lot.

That electric motor has a 135-kW output. That translates into about 180-horsepower sent to the front wheels, a little bit less than what the Cooper S has to offer.  But between the absence of engine noise, and near instant acceleration, it feels more powerful.

Not bad considering the SE is also about 300-lbs. heavier. Though the bulk of that weight is not over the front wheels, but low and centered in the chassis.  Top speed is 93 miles-per-hour. There are just 2-modes for adjusting regenerative braking; neither of which are aggressive as those that allow for total one pedal driving.

A few Aero enhancements have been performed outside to make the SE even more efficient; the grille is mostly closed off, and the rear bumper is new.  Not to mention the light alloy wheels, which are just plain cool looking, as well as the splashes of yellow trim.

Ride height has been raised about half an inch, as batteries hang a little lower than the gas tank.

A 7.4-kW onboard charger allows for full level-2 charging in as little as 4-hours at home; DC fast charging can take you to 80% in just 35-minutes.

Even with batteries being mounted where they are, there’s still a surprising amount of passenger and cargo space; 7.5 cu-ft. behind the split-folding rear seatbacks, with a max of 25.8 cu-ft. The SE comes feature rich too. Navigation on the central 6.5-inch display is standard, as are heated front seats. One more thing, there’s still a Sport mode; in addition to Mid and the 2 Green modes.

For our complete road test of the all-electric drive of Mini Cooper SE, be sure to catch MotorWeek episode #4007 that begins airing October 23, 2020. For a listing of the public television stations that broadcast MotorWeek, go to motorweek.org and click the “About The Show” tab at the top. MotorWeek is also seen Tuesday evenings and Sunday afternoons on the MotorTrend cable channel. The show can also be streamed on PBS Living through Amazon’s Prime Video.

With only just over a 100-mile range, we thought it would be difficult to get overly excited about this 2020 Mini Cooper SE EV. But, as the BMW i3 is no longer sold here; we found the Cooper SE to be without a doubt the coolest of the current EV options. With a starting price of just over $30,000 before government incentives, Mini says the SE is the most affordable premium EV you can buy. We’d add, the most fun too.