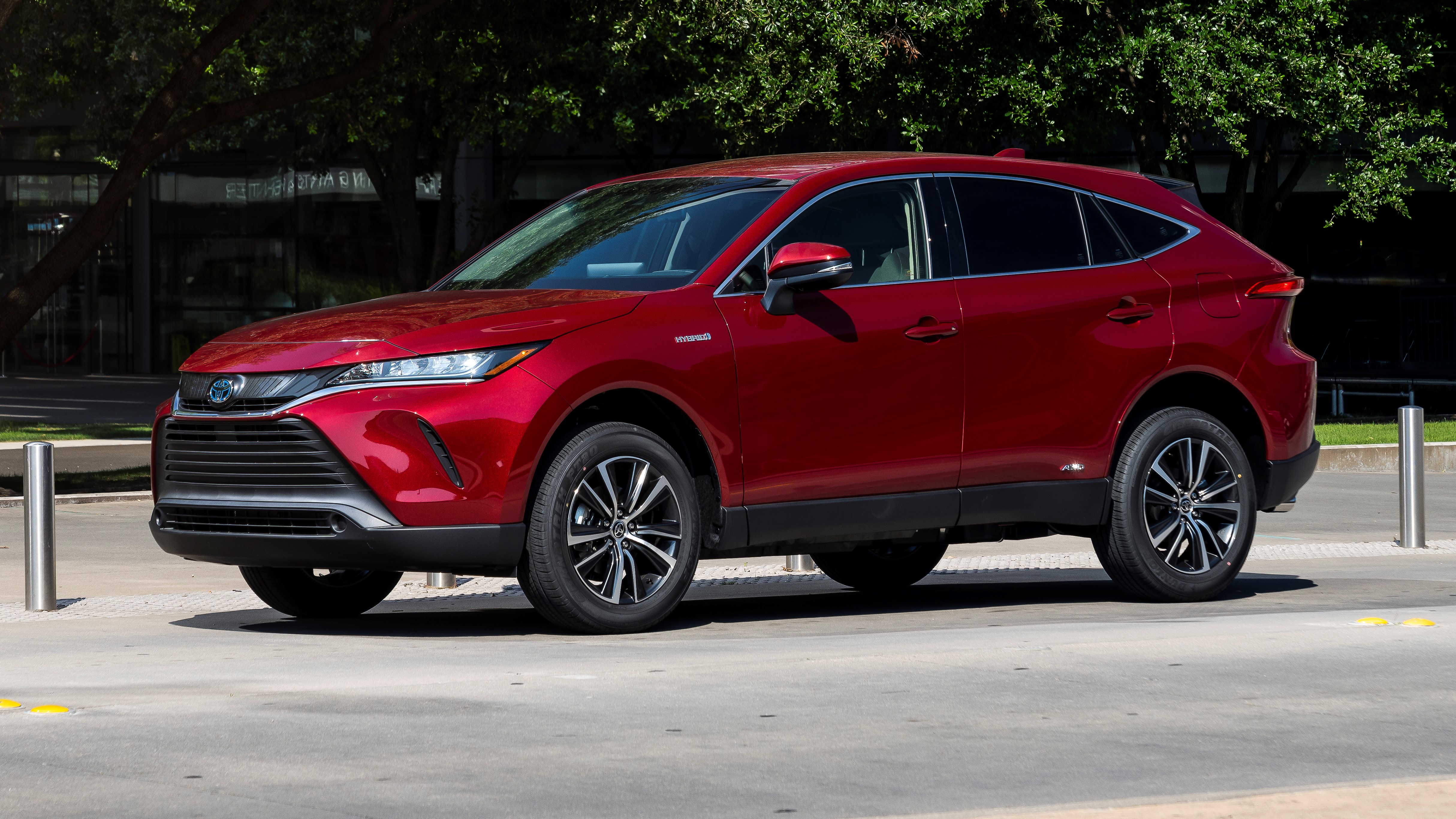 You may not remember it, but the original Toyota Venza crossover arrived for 2009 as sort of a replacement for the Camry wagon, while at the same time trying to cash in on the emerging SUV trend.  Not building a big fan base from either camp, it disappeared in 2015. Well, for 2021 the Venza is back with a more defined mission, now fully embracing the still booming utility segment.

Given that Toyota already fields a multitude of SUVs and alike, what does the Venza brings to the party that is unique?  Well, for starters, it adds a Lexus-like approach to Toyota utilities in both style and features, much like the Toyota Avalon.  It’s not quite over the top luxurious, yet has a general feel and presence that puts it closer to Lexus than your typical Toyota appliance.

There are just 2-rows of seating in Venza. The fronts are wide and comfortable, with available heating and cooling. Rear seat room is akin to the RAV4 on which the Venza is based. Something you’ll find nowhere else in the Toyota lineup, is the optional Star Gaze fixed panoramic glass roof that can switch from frosted to clear with just the touch of a button.

Limited trim features a wide 12.3-inch touchscreen mounted up high in front of the dash rather than recessed into it. Lesser trims come with an 8.0-inch version. The start button is mounted low beneath the control panel, making a quick trip from there to a thankfully traditional shifter for the standard CVT transmission. Other upscale amenities for the Venza include a digital camera rearview mirror, and 10-inch color head up display.

Being heavily based on the RAV4 means the Venza’s wheelbase and suspension hardware are identical, but tuning is noticeably softer, and there’s a Lexus-like quiet not found in the RAV. Which goes hand-in-hand with the near silent operation of Toyota’s Hybrid System II powertrain that is standard with all Venza trims.

Yes, every new Venza is a hybrid with a combined EPA City/Highway fuel economy rating of 39 MPG. Not surprisingly, the 219-horsepower system comes from the RAV4 Hybrid, and uses a 2.5-liter I4 engine with three electric motors. Two in the front and one in the rear as all Venzas are also all-wheel-drive.  The Electronic On-Demand AWD system works with a single electric motor powering the rear wheels; a proven setup that has been in place in the Highlander Hybrid and other Toyota products for years now.

In normal driving the rear motor only kicks in when the front wheels slip. While it is capable of modest off-road tasks, with the Venza’s 7.8–inches of ground clearance, it will mostly pay off in all-weather capabilities. There is, however, also added grip when launching from a standstill, where the hybrid system primes the rear axle motor for near instant torque delivery.

For our complete road test of the Toyota Venza be sure to catch MotorWeek episode #4029 that begins airing March 26, 2021. For a listing of the public television stations that broadcast MotorWeek, go to motorweek.org and click the “About the Show” tab at the top. MotorWeek is also seen Tuesday evenings and Sunday afternoons on the MotorTrend cable channel. The show can also be streamed on PBS Living through Amazon’s Prime Video.

Rather than resurrect the only modestly successful Venza nameplate, Toyota could have called this new effort a Highlander Sport, RAV4 XL, or even Prius MAX to capitalize on those highly successful models. But, its combination of standard all-hybrid powertrain, all-wheel-drive, and Lexus-like take on style and amenities, make the 2021 Toyota Venza something unlike anything else in their lineup, and totally worthy of a name all its own.