As car sales dropped, SUVs sales have zoomed. Whether they be traditional truck-style body-on-frame, or car-based unitized crossovers, utes are the family ride of today. And, increasingly they come in wide variety of sizes from most brands. Indeed, auto makers see big potential… in the smallest SUVs their line-ups.  So, we joined our colleagues at cars.com, to put the latest cute-utes to the test.

Automakers love pint-size SUVs as they promise bigger profits than comparable subcompact cars. So we headed into the suburbs of Chicago and teamed up with our friends at cars.com to find out which of these mini-utes offers the most for the money. Our sub-compact contenders are…

… the Ford Ecosport with its playful persona…

…the bold and sporty Hyundai Kona…

All four crossovers are 2018 models with stickers under our $26,000 cap, including destination. There’s one 3-cylinder turbo… the rest are 4 bangers. Each has an automatic transmission. Half are front wheel drive… while the rest are all-wheel driven. The group’s Combined Fuel Economy ratings ranged from 27-to-29.

For all the details on scoring head on over cars.com; but this is how this rivalry played out.

Coming in at 4th… the Ford Ecosport. The blue oval’s cutest ute is new to the U.S… after roaming other parts of the world for years where its stiff ride is better appreciated. Ours had a front-wheel drive 123-horsepower 1.0-liter Ecoboost I-3 matched with a 6-speed automatic. It’s the shortest of the group, but cargo room is in line with others, and it scored points for its SYNC 3 multimedia system. The $25,590 price tag placed it near our upper limit.

Garick Zikan: The Ecosport is the only 3-cylinder in this group so naturally it has the least horsepower, but it is a turbo so it probably has more spirit than you might think when you drive around town. The transmission also does a good job of handling the shifting duties.

KELSEY MAYS: The nail in the coffin comes with safety features, where the Ecosport doesn’t even offer accident avoidance safety features like automatic emergency braking or lane departure warning. Those are at least offered on the rest of them in this group.” 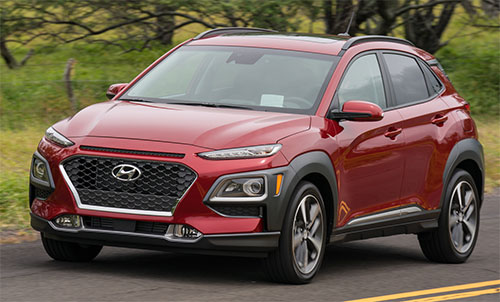 Third place goes to the all-new Hyundai Kona. A 2.0-liter I-4 generates 147-horsepower, and the judges liked the smooth 6-speed automatic. It’s equipped with some advanced safety features, like blind spot and rear cross traffic alert, but it had the least amount of cargo room. The Kona easily beat rivals pricewise though, even with all-wheel drive, for $23,705.

GARRICK: The Kona seemed to have the sportiest nature in terms of styling. Now we’ve driven both engines that are offered and while this was not the most powerful it had good throttle response and handled well.”

FRED MEIER: The handling of the Kona was pretty good…Hyundai’s managed to get substantial room for four into the car and some clever interior storage. 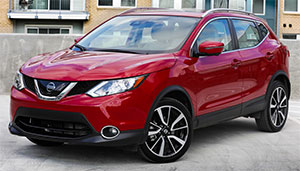 Runner up is the Nissan Rogue Sport. A 2.0-liter I-4 with 141 horsepower works with a CVT sending power to the front wheels. Passenger and cargo volume are mid-pack. But, it did add automatic emergency braking to the mix, for the highest price of the group… $25,910.

BRIAN WONG: The Rogue Sport was the most well-rounded of our competitors it was the most like a traditional SUV. However, it had one glaring weakness and that was its multimedia system. It’s kind of absurd these days to pay almost 26,000 for a car that doesn’t even have a touch screen.

Garick Zikan: The Roque Sport had the most refined interior and it really was roomy inside. The engine had plenty of power and it was very comfortable on all the roads we drove on. 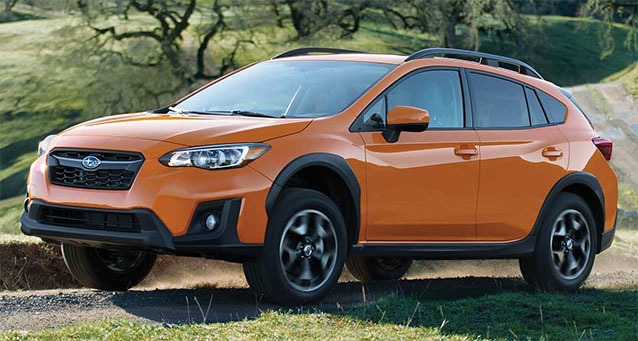 That leaves the Subaru Crosstrek at numero uno… which is where it landed during our last subcompact SUV challenge. The 2.0-liter flat-4 has the most horsepower… 152… working with a CVT. Our group’s largest contender, the latest Crosstrek offers generous people and cargo room plus a long list of safety features, with standard all-wheel drive, for slightly less than our cap at $25,905.

KELSEY MAYS: A good mix of ride and handling, excellent visibility, roomy seats and a very high quality interior in terms of craftsmanship and materials”

Garick Zikan: The Crosstrek is the most rugged of the group. It’s very solid and has that go anywhere capability. The engine is strong off the line, steering is light and quick, and it has good grip in the curves.

The subcompact utility market is already fiercely competitive with more options to come. And, while each of this foursome offers practical versatility, the Subaru Crosstrek does it with the design, safety, and standard all-weather, all-road creed that keeps it at the head of this pack.