Ever since BMW joined the crowd in going crossover with the 2000 model year X5 sports activity vehicle, they’ve approached the segment with on-road performance front and center. And as this X5 M is about to prove, they stayed, and improved, the course.

The BMW X5 was all new for 2014, and we declared it the perfect vehicle for someone who wants a sport sedan but needs an SUV. So, we naturally wondered just how much better the full-on M version of BMW’s largest, at least for now, Sports Activity vehicle could be.

Well, if the amount of acceleration that explodes out of its engine bay is any indication, its tons better.

And, it’s not a matter of being sneaky fast, this thing pours on the power in a serious manner. It chews up pavement blocks at a time, leaving pretender performance sport utes in the dust. 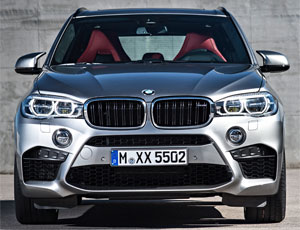 Making this magic is BMW’s 4.4-liter V8…turboed of course; for an incredible 567-horsepower and 553 lb-ft. of torque. The transmission is an 8-speed M Sport paddle-shift automatic.

The suspension is firmed up, ride height lowered, and 21-inch wheels added.

As you might expect, our test track results were breathtaking. Off the line, the onslaught of acceleration forces a smile onto your face no matter how jaded you are. There’s full power across the rev band that doesn’t let up until you near 7,000 RPM. 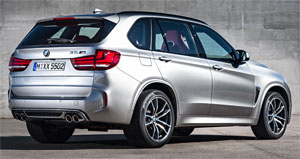 Rear-biased xDrive all-wheel-drive is standard, but can send the full torque load to just the front wheels should a lack of traction warrant it.

Through the cones it felt very competent, maybe even a bit too competent, as it’s super eager to turn in, but it also feels very big, and it proved hard to place precisely where we wanted it.

On the other hand, stops from 60 took a super short 100-feet with a nice firm pedal and consistent results.

Now, if there’s one area that disappoints, it’s in the looks department. Sure there are lots of aggressive tones with added enlarged air intakes, quad exhaust tips, and M signature elements. But this gen X5 is just not an attractive vehicle, looking way too wagon-like for our tastes. 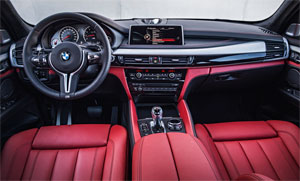 Inside though, there’s plenty of space to keep the practicality aspect of this ute firmly intact. And standard Dynamic Damper Control allows you to dial in a ride that is smooth enough for family duties.

Obviously vehicles such as these are not for everyone, as few can afford to lay down 6-figures for the family vehicle; this one will cost you at least $99,695.

So, if the regular X5 is a sport sedan stuck in an SUV body, we can only then conclude that the 2015 BMW X5 M is an exotic performance car crammed into an aggressive looking, but still highly functional Sport Ute form. That makes it one XM that we’ll tune into every chance we get.