One Of The Best Bargains In Green Motoring

There’s no denying, the Chevrolet Bolt, when it arrived for 2017, was a true game-changer; delivering real-world range to the masses like no EV before it.  It only makes sense that GM would want to spread the love into the SUV category, it just took a little longer than we were expecting, but the Chevrolet Bolt EUV is finally here!

First thing to know about the 2022 Chevrolet Bolt EUV is that it’s essentially just a slightly bigger version of the pioneering Bolt EV. It’s 6.3-inches longer; but more importantly, there’s an additional 3-inches of wheelbase, which provides more space inside. 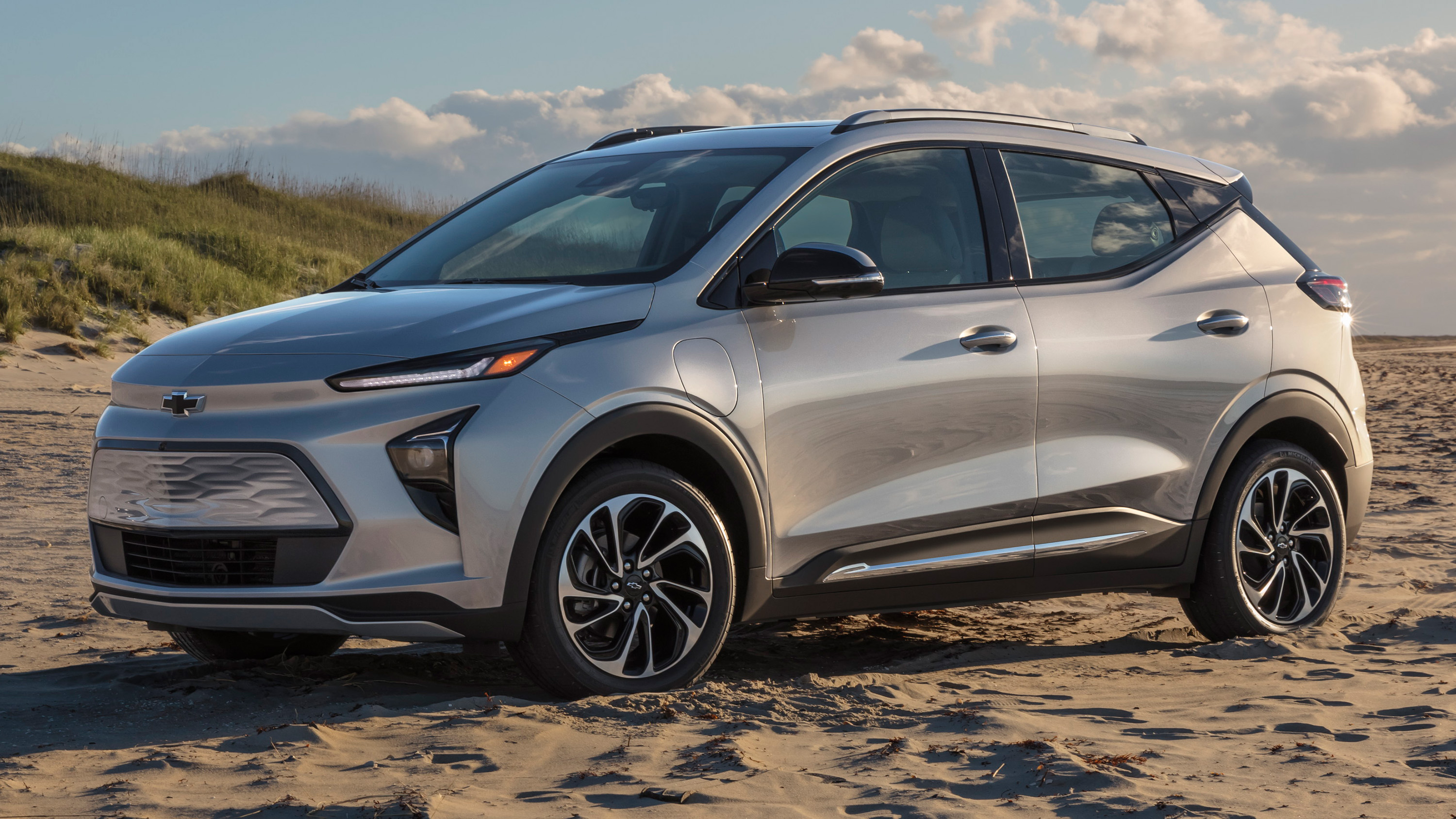 Second thing to know is there’s no all-wheel-drive; so, it’s more of an urban utility vehicle, designed with the space and comfort to make daily tasks and weekend errand running easier. So, it's not a utility intended to get you far off the beaten path.

Back when we first tested the Bolt EV, we felt that it was very utility-like; now of course the EUV has made it even more so; though oddly enough, all of that additional room goes strictly to rear seat passenger legroom, as cargo space is actually a tick less in the EUV at 16.3 cubic-ft., down from 16.6. And you can tell rear passenger comfort was the EUV’s priority. While it shares the same basic profile shape, the rear doors are noticeably longer. But, the EUV brings a lot more than just additional rear seat legroom; it arrives with a load of updates, many shared with the Bolt EV.

The hood, as well as both front and rear fascias, have been tweaked slightly, headlamps are updated, and there are new wheel choices. Inside, there’s a new dash with updated infotainment touchscreen that’s now 10.2-inches, as well as a different control layout. While the center console now rises to meet the dash, and replaces the shifter with a row of buttons including a new one for 1-pedal driving. The EUV was also the first non-Cadillac to have SuperCruise available; in top Premier trim naturally. Though it’s still an older generation than currently available to Caddy buyers, so no 1-touch lane changes. 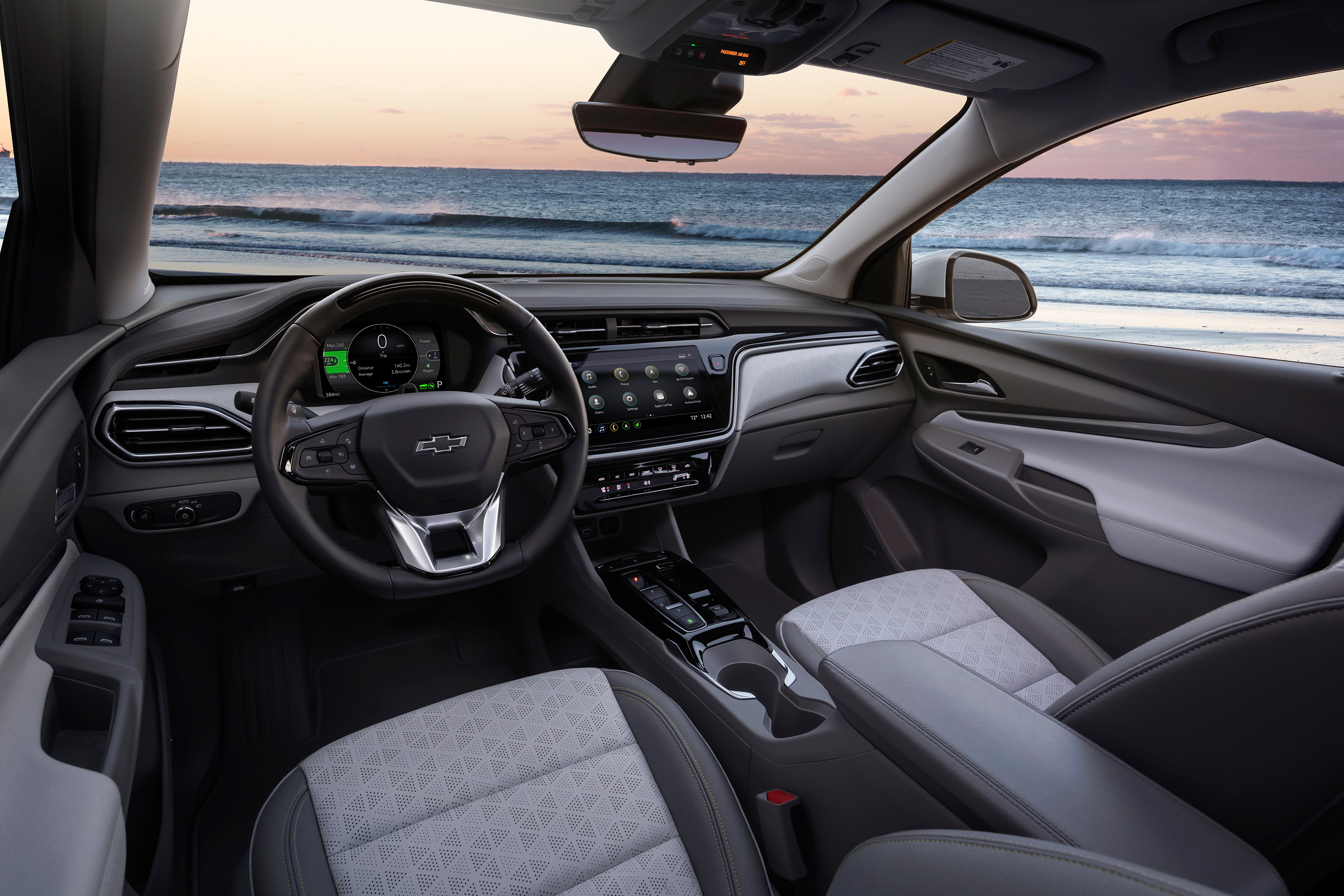 Premier trim also includes leather seating, surround view camera, and heated steering wheel; though wireless phone charging is standard on all. And due to customer demands, a sunroof is available in the EUV, as part of a Sun and Sound package that includes navigation and Bose premium audio.

The EUV does share the EV’s powertrain, and as you may have heard, all Bolts were recalled and EUV production was held up due to potential fire concerns with the LG-supplied battery. But, that has since been rectified, and GM added a little range to all Bolts for good measure.

The EUV is officially rated for 247-miles of range, which seems more than reasonable as we were on track for 270 miles before recharging. Its efficiency score is also quite efficient at 29 kWh/100 miles. That 247-mile range is actually 9 miles more than the Bolt EV had when it debuted, and its range has also increased from 238 to 259-miles.

No changes for the front-mounted 150-kW motor, as it outputs the same 200-horsepower and 266 lb-ft. of torque here in the EUV. The EUV’s bigger size equates to a slightly slower 0-60 time of 7.2-seconds; but it still feels quite peppy compared to traditional small ICE crossovers. Still, keeping the accelerator pinned for the entire ¼-mile is not exactly thrilling, as power delivery stays more moderate than aggressive; but the hyper-responsive steering does keep things interesting. Our best pass was 15.7-seconds at 90 miles-per-hour. 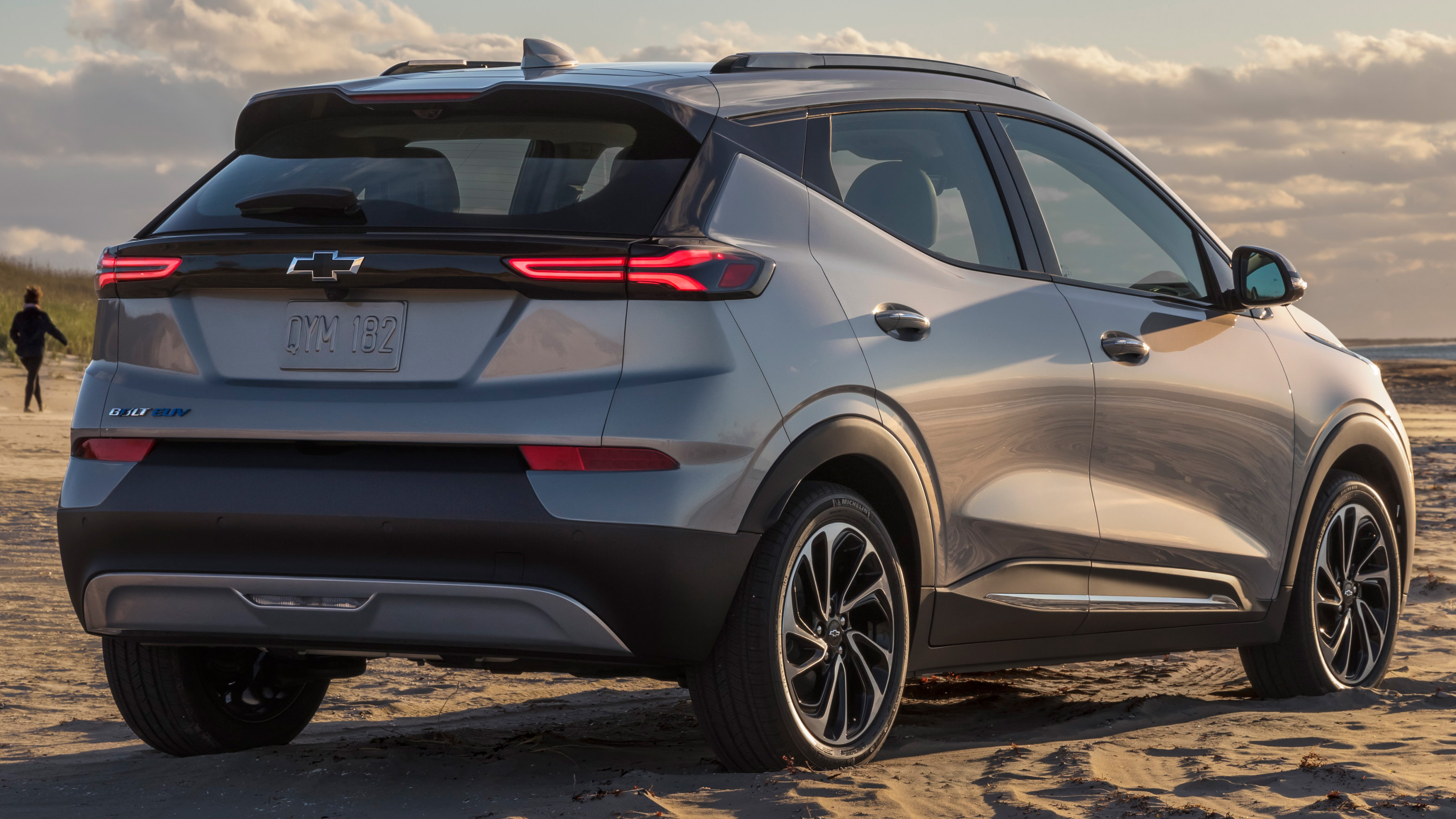 The Bolt EV was an adequately fun car to dart around traffic in, but when pushed to its limits would understeer quite a bit. The longer wheelbase of this EUV doesn’t seem to have improved on that, and there appears to be a little more body roll here too. Not much about the handling experience screams “sport-tuned” but the low-mounted weight of the batteries still lends a solid overall feel, and steering weight was actually quite good. Panic braking stops from 60 averaged a longish 120-feet, with significant nose dive, and lots of ABS pedal pulsing.

Things really get interesting when it comes to EUV pricing, with the base LT starting at just $28,195; that’s less than the Bolt cost 5-years ago when it debuted; so naturally Bolt EVs get a corresponding price cut to just $26,595 to start.

The Chevrolet Bolt EUV surely won’t grab as much attention as the Hummers, Mach Es, and Teslas of the EV world. But we think it is still one of the best all-around, everyday EVs out there; and certainly, a clear bargain when it comes to green motoring. And we’re going to need a lot more entry-level EVs like the Bolt EV and this EUV if society is truly serious about wanting an all-electric driving future.