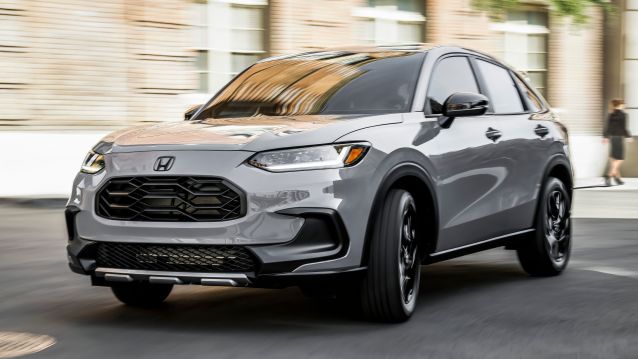 The Honda HR-V may have arrived a little late to the subcompact crossover party, but, with Honda’s wealth of knowledge on how to load lots of space and features into small packages, when it finally did arrive for 2016, it instantly became a top pick among small utes. Well now, a 2nd generation HR-V arrives with even bigger expectations.

What Honda has done with the 2nd-generation 2023 Honda HR-V is essentially replaced the awkward-looking Fit-based first gen effort with a more traditional SUV shape that has much more in common with the larger but still compact CR-V. 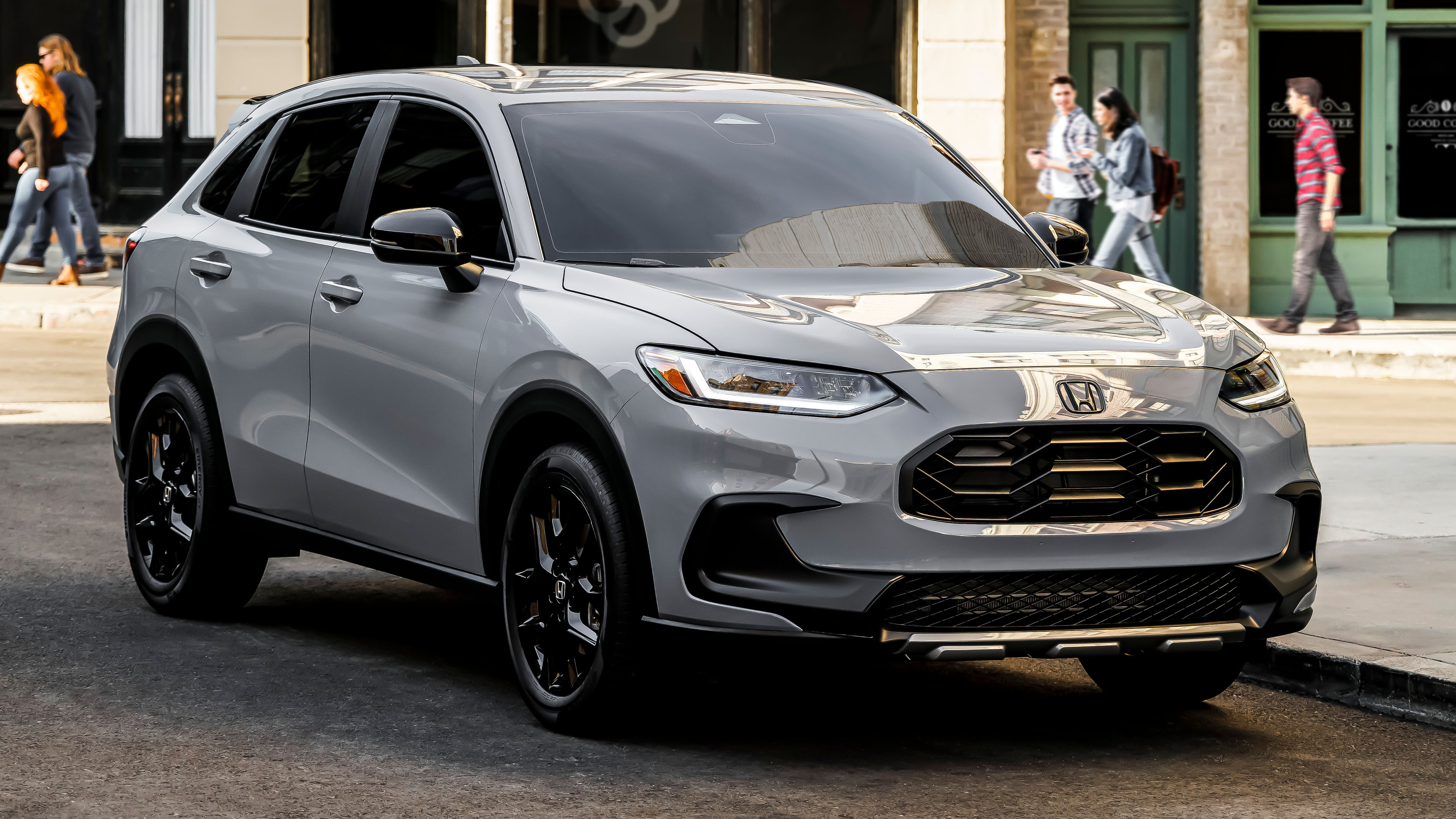 But, as is usually the case when things go more mainstream, the HR-V has lost a few things along the way that made it unique; primarily, its eminently practical rear magic seat, which has been replaced by a more familiar split folding design. We’re less saddened by the rear door handles moving from the pillars down to a more familiar position on the doors; and I think we can all agree it’s a much better-looking design, though the rounded face keeps the overall vibe playful.

Now actually based on the Civic, this HR-V is 9.4–inches longer than before, with 1.7–inches of additional wheelbase; along with being 2.6-inches wider, LED headlights are mounted about as high as can be. That more SUV shape means an extended roofline and more practical cargo space. But, there’s still enough rear rake to give it a hatchback feel. At 24.4 cubic-ft., cargo room is up over last year, and among the best in class; though max falls from 57.6 to 55.1 cubic-ft.

Now, while it may look more like an SUV, you actually sit lower than before inside. Still, there’s a much nicer interior to look at, with a more functional layout and materials with honeycomb accents and French stitching that help it truly feel a step above the price point it’s playing in. Tech was not exactly cutting edge in the first HR-V; much different scene here. There’s even a nice clear digital gauge panel that includes an actual speedometer with needle, not the customary Honda digital readout. 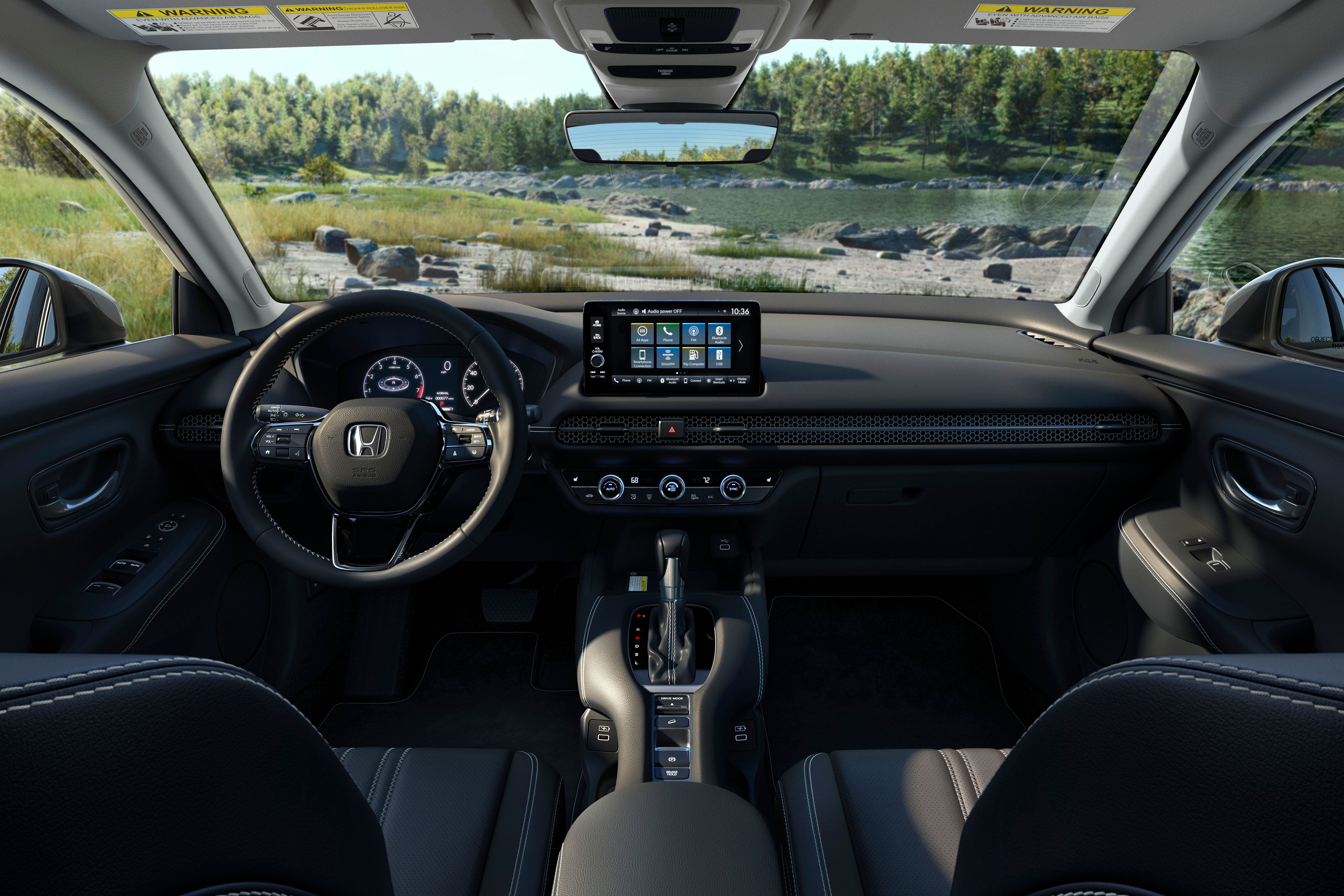 And on top of the dash is either a 7-inch touchscreen as standard; or this EX-L’s 9-inch display with wireless Apple CarPlay and Android Auto connectivity.  Plenty of easy access USBs and helpful pass thru storage in the console too. Top EX-L also adds wireless phone charging, power moon roof, leather trimmed seats, dual zone climate controls, ambient lighting, and parking sensors front and rear.

Front seats are wide and comfy, and while the rear seats no longer perform magic tricks, your mother-in-law will appreciate that they are now much more comfortable than before.

Under-hood is the Civic’s naturally aspirated 2.0-liter I4 with 17–more horsepower than the previous HR-V’s 1.8-liter; though 158-horsepower and 138 lb-ft. of torque are not going to drum up too much excitement. Transmission is also the Civic’s CVT, but with the ability to add all-wheel-drive. So, our expectations were tempered as we rolled our all-wheel-drive tester into Mason Dixon Dragway.

With good reason as it turns out, as much like a teenager on a Saturday morning, the HR-V displayed very little urgency to get up and get going, taking us a full 10.8-seconds to get to 60. Once the RPMs reach their peak and hover there for a while it starts to feel a little better; but a ¼-mile time of 18.1-seconds at 80 miles-per-hour puts this fully in the safe and steady category. 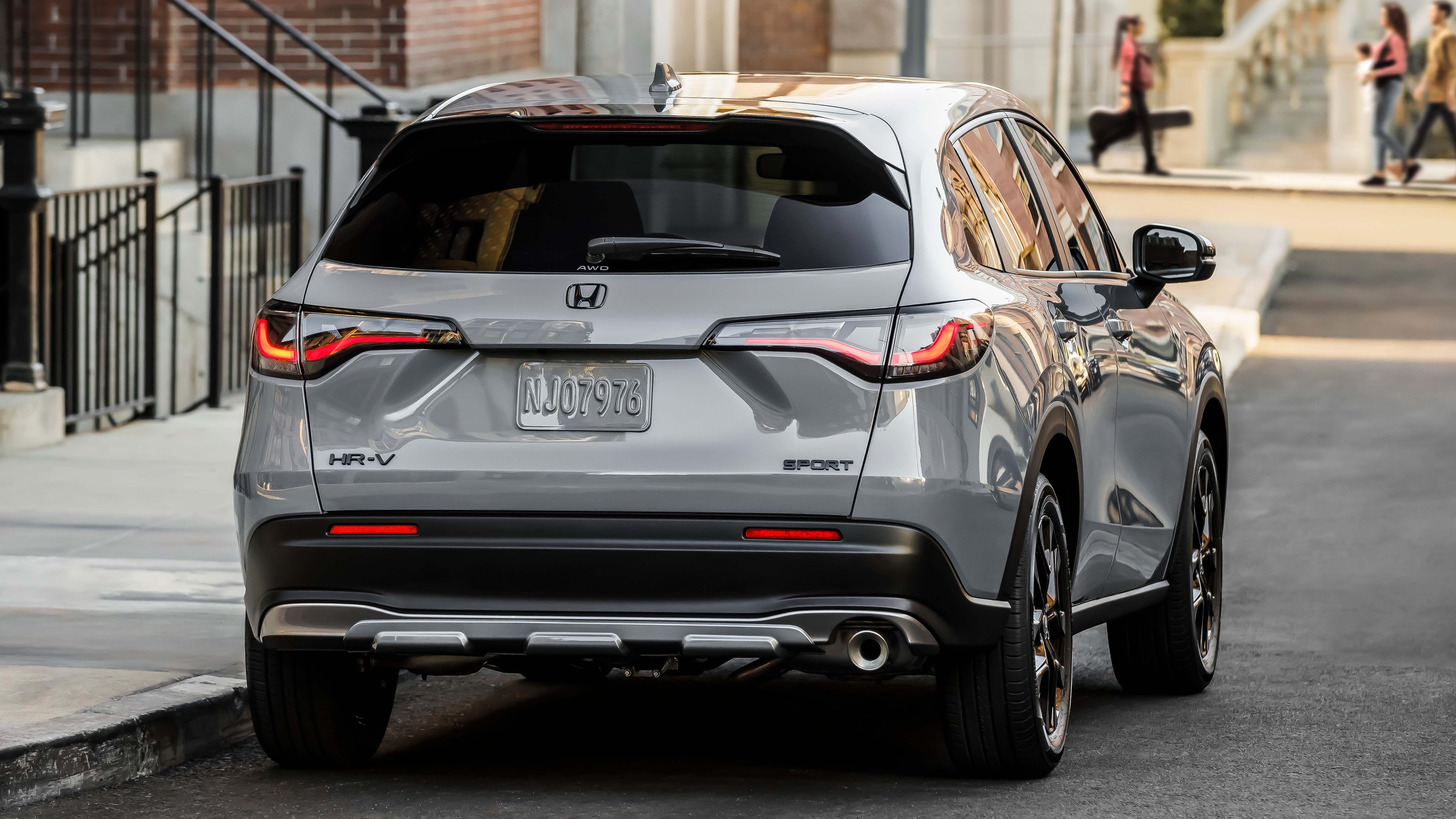 And since it’s now sporting the Civic’s multi-link independent rear suspension, it could certainly handle a lot more power.  It makes for noticeable improvement over the previous HR-V’s torsion-beam setup, with better composure and less body roll; though understeer is still very obvious. Panic braking stops from 60 happened in just 113-feet.  There was a lot of noise accompanying the ABS, but virtually no fade and the brake pedal stayed nice and firm throughout.

But, the biggest improvements of all were felt away from the track where that new suspension delivered a much more civilized ride; and an expansive greenhouse gave great visibility all around.

Government Fuel Economy Ratings with all-wheel-drive are 25-City, 30-Highway, and 27-Combined; so, our 27.3 miles-per-gallon average with Regular fuel was right on. Strictly average though for the Energy Impact Score; 11.0-barrels of oil annually consumed, with 5.4 tons of CO2 emitted.

There may be more Civic and less Fit in this 2023 Honda HR-V, but that actually makes it a better fit for most small families and young “couples on the go” who want a small utility vehicle to live their young active lifestyle lives to the fullest.