Most people would agree that the original Nissan 240Z was the car that legitimized Japanese sports cars here in America. But much has changed over the last 50-years, a small sporty coupe is certainly not as popular they once were, and the Z went from leading that pack to barely remembered.  So it’s Time to see what kind of an impact an all-new Z car will have in the modern performance car landscape.

If you’re old enough to remember the original Datsun 240Z, congrats, you’ve lived a full and hopefully rewarding car enthusiast life; as did the last generation Nissan 370Z. It saw a full 12-years before quietly slipping away in 2020.  The new 2023 Nissan Z does away with the numbers in the name; fitting, as this car is about much more than just numbers. 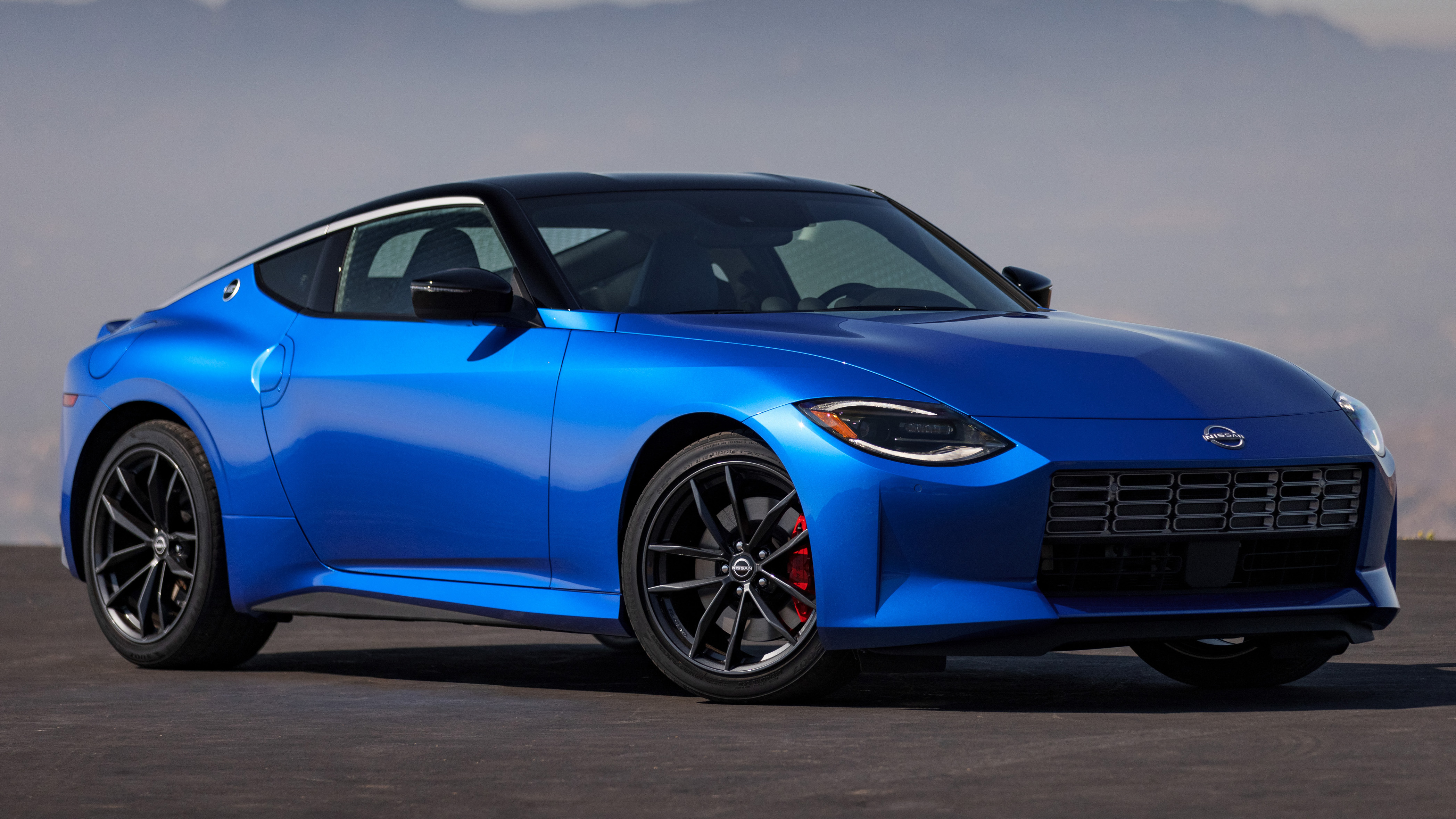 The family lineage of this 7th generation Z is obvious, without any further review required; as there’s less of a design theme and more of a greatest hits collection of previous Zs.  There’s the long nose of the original, eye-like headlights of the 240ZG, and taillights reminiscent of the 90’s 300ZX; plus, a subtle hood bulge and black roof; though sorry, no T-tops.

Same exact wheelbase as before, but there’s a new chrome roof spear, and either 18 or 19-inch wheels.

Available in Sport and Performance specs, it’s the Performance that gets the 19-inch wheels along with a mechanical limited slip differential, more aggressive suspension tune, sport muffler, front chin spoiler and rear spoiler.

The really good news is you don’t have to pay any extra to get max power. All Z’s come with a 3.0-liter twin-turbo V6. It’s not the first turbo-charged Z, but it is the first Z to come exclusively with boost; rated at 400-horsepower and 350 lb-ft. of torque. And yes, it’s the same VR30DDTT engine you can get in Red Sport Infiniti’s.

That’s a substantial jump over last gen’s standard 332–horsepower; and with those turbos, torque delivery is noticeably more intense. 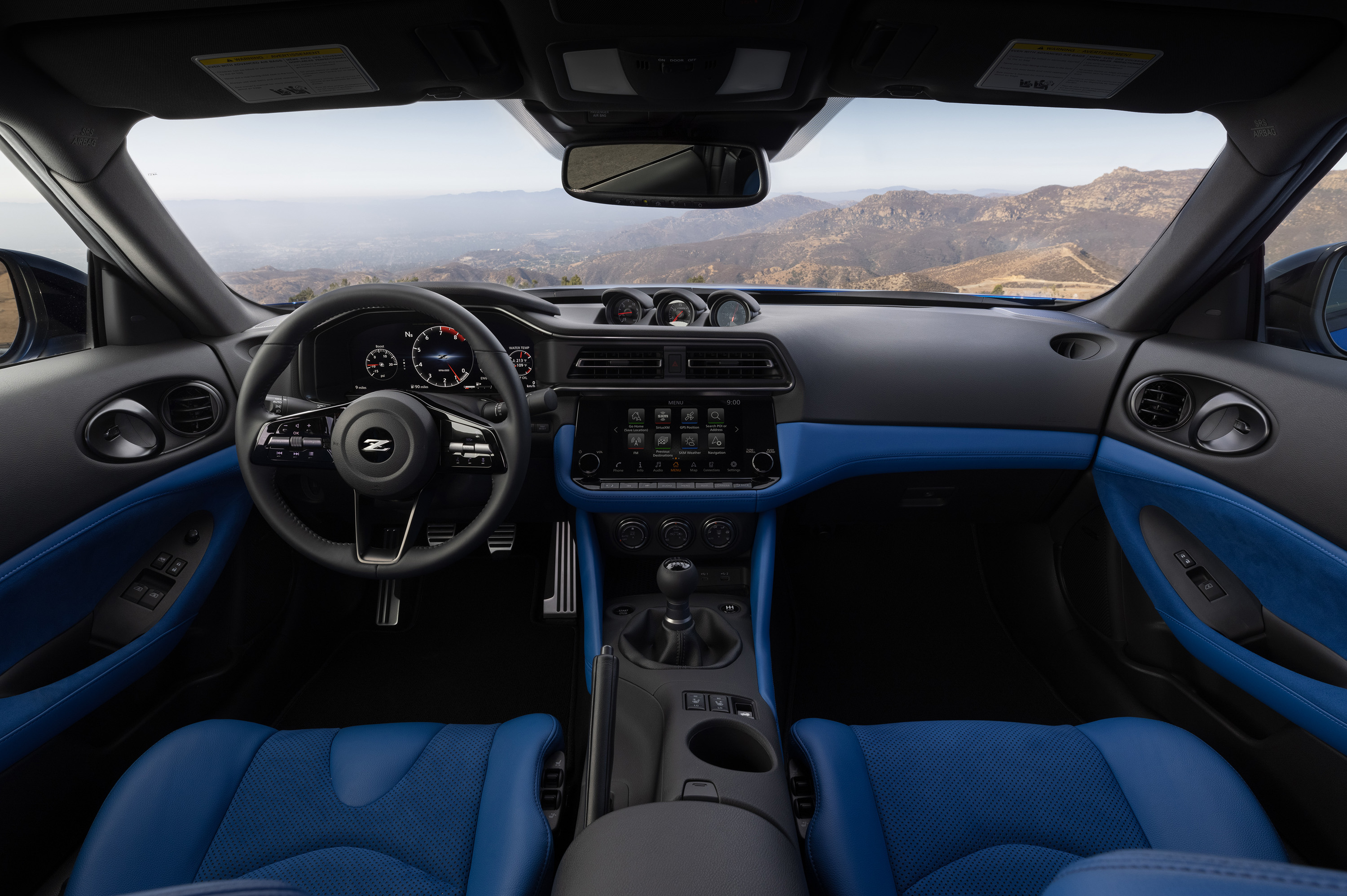 The interior is far more modern than retro, with a center multimedia screen that is either an 8 or 9-incher, while the gauge display is more than 12-inches.  Though we were glad to see they still incorporate a trio of analog dials on top of the dash, because who doesn’t like to monitor turbo speed?

In the console, is either a short-throw shifter for the 6-speed manual; or an electronic gear selector for the 9-speed automatic transmission.

We manually shifted our Z to the ¼-mile test grounds of Mason Dixon Dragway.

Even with the manual, there is launch assist to help you make a quick getaway; and putting it to use, got us to 60 in 4.5-seconds, 8-tenths quicker than the last NISMO tune 370Z we tested.  The clutch is firm and the shifter is solid and works well, provided you don’t try and force it too aggressively.

The engine sounds precise and sewing machine-like more than raw powerful, but is feels hella torquey throughout the 12.9 second ¼-mile, which we finished at 108 miles-per-hour.

All of that torque makes for easy burnouts, but it also powered some quick trips through our handling course. 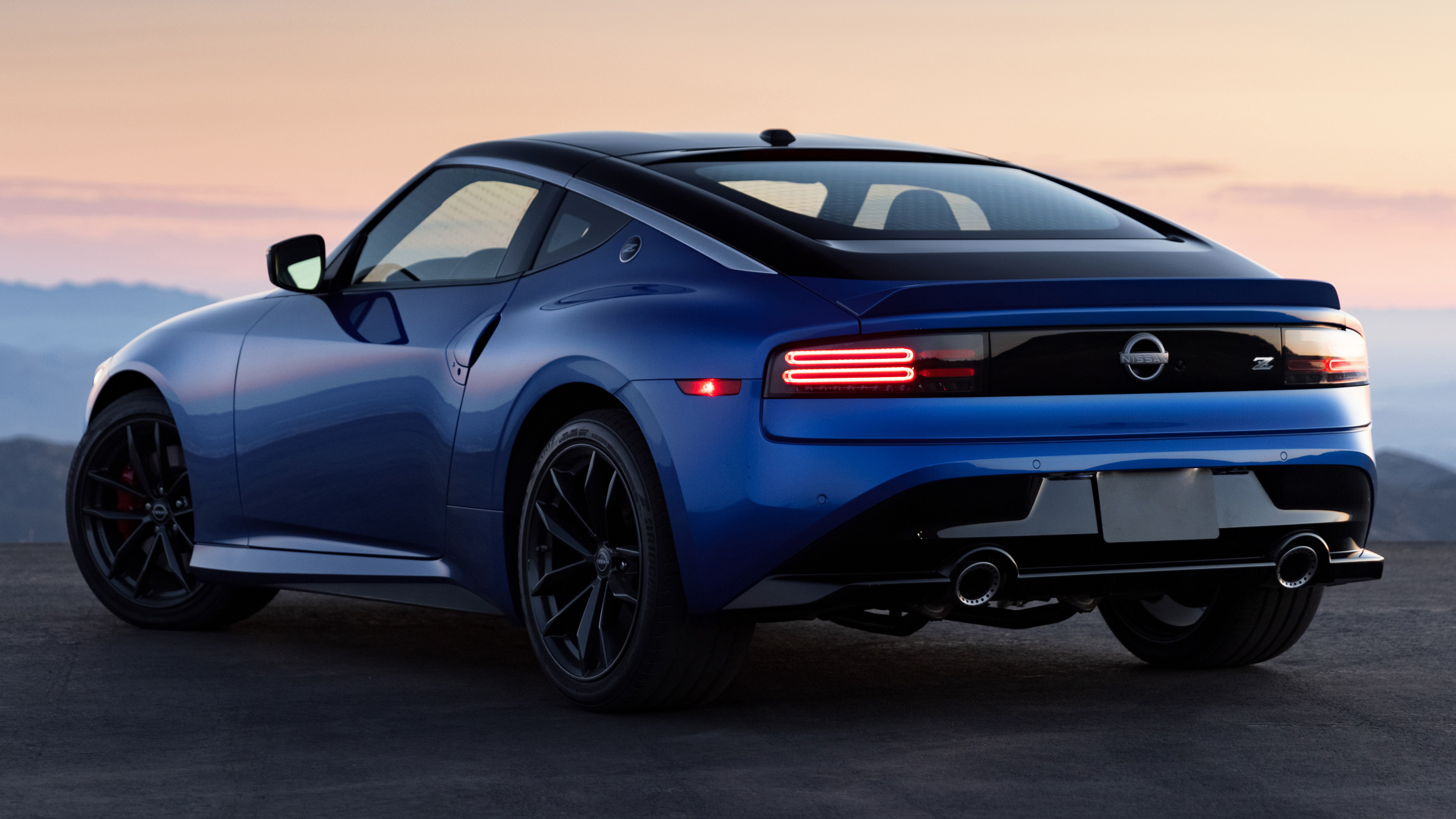 It understeers early at turn-in, but power is smooth for providing the subtle inputs you need for maintaining a good pace.  Compared to the Supra it feels softer but also less twitchy. The stability systems let you have quite a bit of fun before stepping in.

Underneath is the same basic double-wishbone front and multi-link rear suspension setup from last gen, but tweaked of course, with revised geometry and upgraded monotube shocks.

Brakes were outstanding. Even with a slight bouncing motion, the 3,500-lbs. Z delivered consistent stops from 60 of just 104-feet.

All of this comes with greater comfort than before in both seating and ride quality for the drive home.

Government Fuel Economy Ratings for the manual transmission are 18-City, 24-Highway, and 20-Combined.  We averaged a good 22.3 miles-per-gallon of Premium.

That’s only slightly below average for the Energy Impact Score; 14.9-barrels of annual petroleum consumption, with CO2 emissions of 7.2-tons.

Starting Price is only $41,015 for Z Sport; Performance is 10-grand more; undercutting the Toyota Supra by a significant margin.  Limited Proto Specs are still available for $55,310.

While it doesn’t break any new ground, Nissan has done a fantastic job with the 2023 Z. They’ve captured the spirit of the original, while delivering a more than notable dose of modern performance, at a still realistic price. Even if the popularity of true 2-seat sports cars has given way to high-output SUVs and track-worthy compacts, it’s great to see brands like Nissan keep the faith. And, anyone with a little petrol still in their veins prays that they can do that for another fifty years.